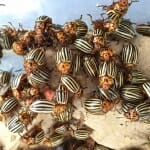 New research reveals how diversity within its genome has allowed the pest to quickly evolve resistance to nearly anything humans have thrown at it. 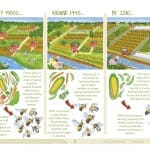 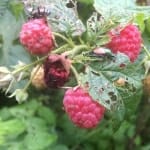 “These insects have invaded everywhere in the world that grows fruit,” says researcher Hanna McIntosh. “If the mulch works here, it’s probably applicable to people who grow fruit in other places.” 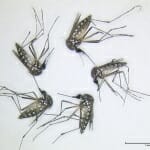 A new kind of mosquito repellent that comes from bacteria

University of Wisconsin–Madison researchers describe the first mosquito-repelling compounds to be derived from bacteria, and they appear to work at lower doses than repellents currently on the market. 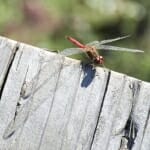 This past summer, volunteers began the Arboretum’s first-ever effort to systematically track dragonfly populations, in hopes of gaining insight into the many waterways the Arboretum is charged with protecting. 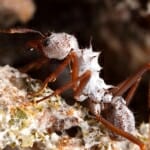 New UW–Madison research makes it clear that the constant threat of crop parasites repeatedly pushed evolution in ants in strikingly similar directions, creating structures that helped the ants reinforce their partnership with bacteria. 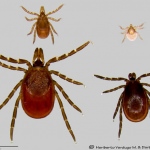 The app helps scientists better understand when and where ticks are picked up and educates people on what kinds of ticks to look out for and how to practice safe habits when venturing outside. 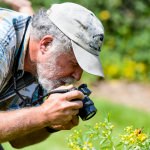 Following the listing of the rusty patched bumble bee as an endangered species in March, more than two dozen people came to the Arboretum to learn how to use photography to identify pollinators. 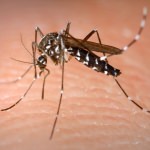 Under a federal grant, Midwestern universities led by UW–Madison have more resources to conduct the kind of surveillance that turned up the Asian tiger mosquito in Dane County. 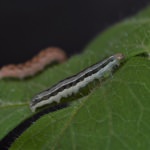 Plants under attack can turn hungry caterpillars into cannibals

A researcher found a tomato plant can make itself taste so horrible that a caterpillar, which would typically munch on its leaves, might eat another caterpillar instead. 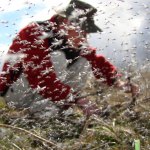 Research into the insects' behavior aims to better understand lake-dominated environments, including those of Wisconsin. 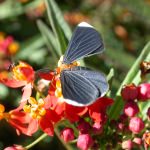 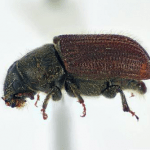 Researchers say forest managers may want to consider promoting this natural variability to help protect forests from the insects. 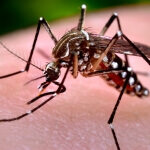 The model will allow researchers to better understand how the virus causes disease and aid in the development of vaccines. 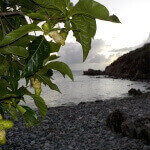 A fruit called the noni, now hyped for a vast array of unproven health benefits, is at the heart of a new research study.

The last of four new commercials about UW–Madison will premiere this weekend during the Badger football game. Learn more about the research highlighted in the spot. 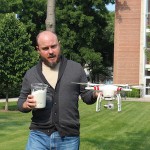 It's no fun being a male moth in one of Shawn Steffan's cranberry research plots. When the time comes to mate, it's tough to find a partner.

You know who really bugs the UW? Daniel Young bugs the UW. And he’s been bugging the UW for years, largely with his own bugs. 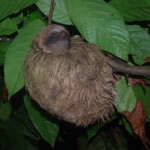 For the three-toed sloth, a trip to the restroom is no rest at all. It's a long, slow descent into mortal danger from the safety of home among the upper branches of the forest. 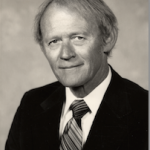 When Gene DeFoliart had his brainstorm in 1974, not even he thought his brainchild would be an easy sell. As a professor at the University of Wisconsin–Madison, DeFoliart was focusing on how insects spread viral disease. Now he was captivated by an opposite proposition: using insects to foster human health — using them, to be specific, as food.