The answer, in a study published Monday (Nov. 7, 2016) in the Proceedings of the National Academy of Sciences, is no. By leading to variability in the density and size of trees that grow during recovery, large fires reduce the future vulnerability of forests to synchronous bark beetle attacks and broad-scale outbreaks. 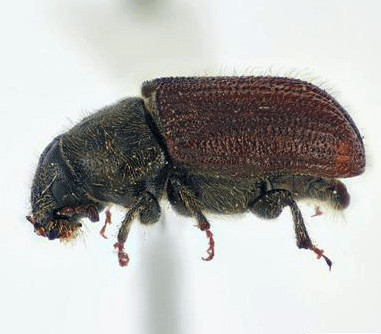 Douglas fir beetle. The researchers measured how susceptible the forests would be to bark beetle outbreaks based on the characteristics of the lodgepole pine and Douglas fir. Joseph Benzel

“Fire creates a very heterogeneous landscape,” says study co-author Kenneth Raffa, professor of entomology at the University of Wisconsin–Madison. “Beetles can only reproduce in an individual tree once, so they take advantage of this patch of trees and that patch of trees as they become available, but when the number and size of trees vary a lot, it’s hard for a large outbreak to develop.”

Bark beetles attack trees in order to reproduce, and outbreaks occur primarily in forests in which the beetle’s host trees are large and abundant. It can take decades for young, post-fire trees to reach the size they prefer. But the researchers, including UW–Madison Professor of Zoology Monica Turner, surmised that if large numbers of suitable trees became available at the same time, post-fire forests could become more susceptible to outbreaks.

However, the researchers also considered another possibility: If forests regenerate as mosaics of suitable trees on the landscape (based on size and density), though individual trees may come under attack by bark beetles, this variability might also protect the forest from broad-scale outbreaks.

The study team also includes lead author Rupert Seidl of the University of Natural Resources and Life Sciences in Vienna (who spent his sabbatical at UW–Madison in 2015) and Daniel Donato at the Washington State Department of Natural Resources, a former postdoctoral researcher in Turner’s lab.

To test their questions, the team used long-term data from large and severe fires that burned 36 percent of Yellowstone National Park in 1988.

“The Yellowstone Fires are often considered to have ushered in the new era of fire activity in the west,” Turner says, and she, her students and her colleagues have studied the recovery of those forests ever since.

With the data they simulated 130 years of growth following the Yellowstone Fires using a computer model calibrated to the study area and used by forest and land managers around the U.S., called the Forest Vegetation Simulator. 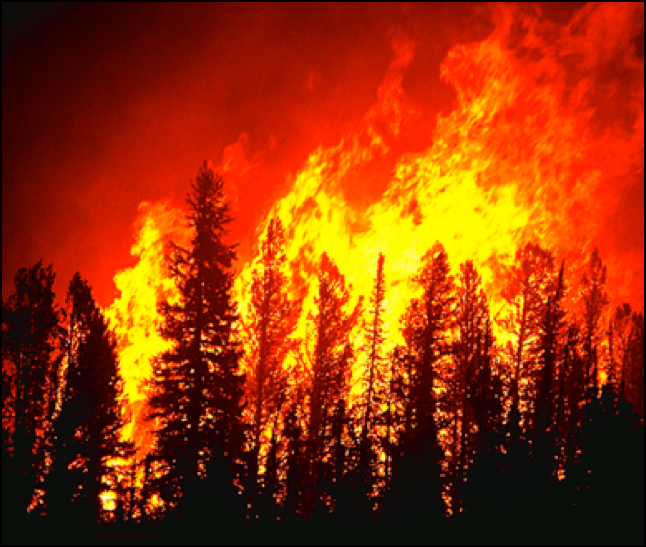 “We use models because trees grow slowly, from a human perspective, and we won’t be able to observe these changes over 100 years,” Turner says.

They measured how susceptible the forests would be to bark beetle outbreaks each year following fire based on the characteristics of the dominant tree species in Greater Yellowstone: lodgepole pine and Douglas fir. They compared this to the susceptibility to outbreak assuming the forests regenerated homogenously — in other words, if tree density and size did not vary.

For lodgepole pine, the model showed it would take 79 years for the first post-fire stands to become highly susceptible to bark beetle outbreaks, and 115 years for half of the stands to reach vulnerability. By 130 years, 89 percent of the stands would be at risk of an outbreak.

For Douglas fir, the first stand became vulnerable to bark beetle outbreak after 99 years following the start of post-fire regeneration, according to the model. At 130 years, still just half of the stands were susceptible.

“This variation persists over 130 years,” Turner says. “In contrast, the homogenous stands become vulnerable early and at the same time.”

The researchers documented enormous variability in the tree density, size and growth rates among areas that burned in 1988. 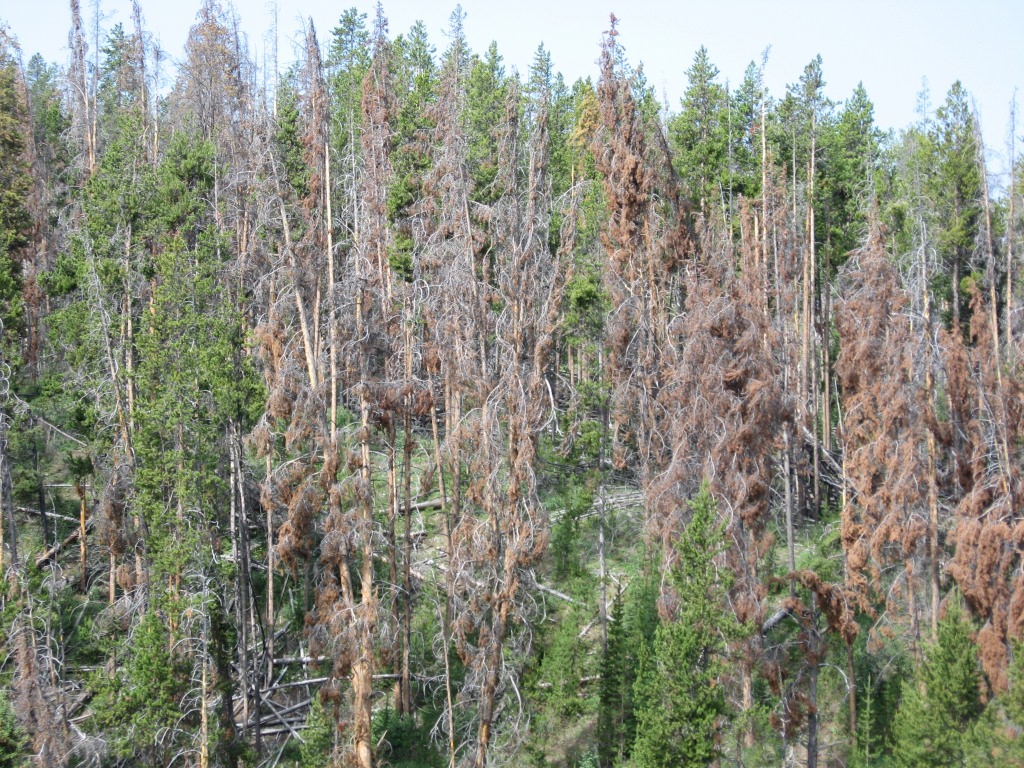 Turner and Raffa say land and forest managers may want to consider promoting and maintaining this natural variability to help protect forests from bark beetle outbreaks. When large numbers of trees are relatively uniform on the landscape, a sudden or even a chronic stress such as old age can make a sizeable forest resource available to beetle populations all at once.

Following fire, managers sometimes thin recovering forests, which can encourage growth of large trees and can even decrease the susceptibility of particular stands to beetle attacks. However, Raffa and Turner say that thinning employed uniformly over large areas might inadvertently increase the risk of outbreak if trees become susceptible all at once. Dense “dog-hair” stands (so-called because of the large number of short trees growing closely together, like the fur of a dog) are not usually valued, but they may play an important ecological role not previously recognized, Turner adds.

In the American west, beetles and their well-adapted host trees are locked in an ever-changing arms race. Bark beetles attack a tree and the tree exudes a resin to thwart the beetle. Beetles use chemical pheromones to call in other beetles as reinforcements when they’ve found a good tree, but the tree subsequently changes its chemical composition to make itself less attractive and more toxic, killing some of its own tissue in the process.

“The tree launches a scorched-earth defense against the beetle, but the beetle converts the tree’s toxins into attractants, like an early version of jiujitsu,” says Raffa.

Turner and Raffa say land and forest managers may want to consider promoting and maintaining this natural variability to help protect forests from bark beetle outbreaks.

Trees that are stressed — through drought, age, defoliation and more — are at increased risk of attack by bark beetles, and subsequently, death. As the climate has warmed, western forests have suffered both an increase in stress and increased beetle overwintering survival, which gives advantage to the bark beetles. The forests have also experienced more frequent and severe fires.

“Climate change is creating more opportunity for beetles,” Turner says. “Because temperatures are warmer, the beetles don’t die off in the winter, and beetles are able to expand their range, impacting trees that are less well-adapted to defending themselves from attack.”

For instance, Raffa says bark beetles have “breached a historical barrier,” showing up in typically cooler places like Alberta, Canada. “The boreal forest now provides a connection between the mountain pine beetle and Midwestern forests for the first time, and no one knows how quickly the beetle will advance or how big a problem it will be,” he says.

Native bark beetles can present problems in Wisconsin, too. Raffa works with the Wisconsin Department of Natural Resources to refine guidelines and perform ongoing research on bark beetles in the state. Some species have long existed here, he says, but they are less aggressive than the species found out west.