A new kind of mosquito repellent that comes from bacteria 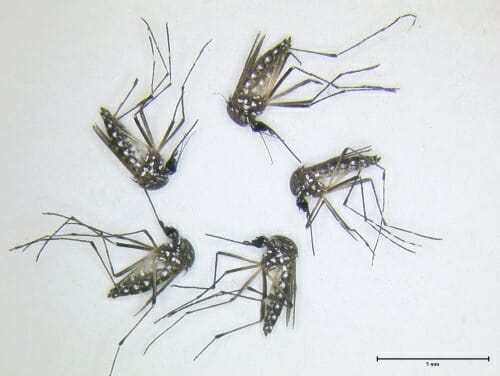 Aedes aegypti mosquitoes after an experiment. The lack of red in their guts indicates the compounds repelled the mosquitoes, which chose not to feed. Photo by Mayur Kajla 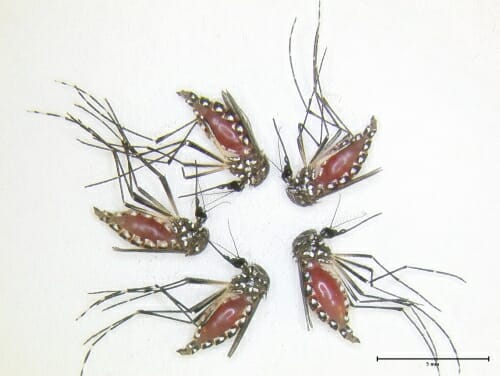 Aedes aegypti mosquitoes engorged after feeding on a red-colored mosquito diet during a control experiment in which water was used in place of repellent. The experiment showed a cloth coated with compounds extracted from bacteria is an effective repellent. Photo by Mayur Kajla

People may soon have a new weapon in the battle against mosquitoes, and it comes from an unusual source: bacteria.

Published Jan. 16 in the journal Science Advances, University of Wisconsin–Madison researchers describe the first mosquito-repelling compounds to be derived from the microbes.

These compounds, purified from extracts from the bacterium Xenorhabdus budapestensis, appear to work at lower doses than repellents currently on the market, including DEET and picaridin. The study showed them to be effective against Aedes aegypti, Anopheles gambiae and Culex pipiens, mosquito species known to transmit diseases such as Zika, West Nile, malaria and chikungunya, diseases that afflict millions of people worldwide,.

Whether these natural chemical compounds, called fabclavines, are suitable for human use remains to be determined, but the study, says UW–Madison Professor of Entomology Susan Paskewitz, opens up a new area of exploration in the search for insect-repelling and insect-killing compounds.

“We didn’t come at it thinking we would find a repellent,” she says. “It was a bit of serendipity.”

In fact, the project did not begin with Paskewitz at all. It started with her colleague, Que Lan, who tragically passed away in 2014 from complications of cancer. At the time, Lan was looking for bacterial compounds that would kill mosquitoes. Paskewitz helped secure additional funding to keep the study going and found a scientist, lead study author Mayur Kajla, interested in carrying the work forward. 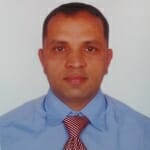 When Kajla joined the project, the research team already knew that extracts from the bacteria did not kill mosquitoes but when it was added to their food, the mosquitoes refused to eat. He designed a set of experiments to test the repellent potential of the bacterial extract and identify the compounds responsible.

Using a commercial mosquito feeding system, Kajla made modifications to more closely mimic a mosquito feeding on a human being. For instance, he selected a skin-like membrane to contain a special, red-dyed mosquito diet that simulates human or animal blood. He also tested a variety of cloth coverings to sit atop the membrane, which would be coated with the repellents being screened.

Kajla coated the cloth with water, DEET or picaridin and allowed mosquitoes to feed for 30 minutes before freezing them and counting the number that were engorged with red liquid (fed) or unfed. The mosquitoes did not feed when the cloth was coated in repellent.

He then tested purified extracts from the bacteria and, with assistance from UW–Madison co-author Gregory Barrett-Wilt, found that an extract dominated by two fabclavine molecules effectively deterred mosquitoes from feeding.

When compared for effectiveness against picaridin and DEET, which is found in more than 500 insect repellents registered with the U.S. Environmental Protection Agency, the bacterial extract was effective at doses eight times and three times lower than each, respectively.

“If you can use less of an active ingredient in a formulation it may be less expensive,” says Paskewitz, who with Kajla has filed for a patent related to this work through the Wisconsin Alumni Research Foundation (WARF).

The scientists are not quite sure how it works to deter mosquitoes from feeding, but it may simply taste bad.

Paskewitz and Kajla are now collaborating with colleagues at the UW–Madison School of Medicine and Public Health to test the safety of the compounds in human cell culture. Some of the preliminary work suggests there may be some toxicity. The team continues to investigate safety.

“I am itching to put it on my hand and put it in a cage of mosquitoes, but I can’t do it yet,” says Paskewitz.

DEET is the most widely-used insect repellent in the United States and has repeatedly been shown to be safe and effective, yet the public continues to express concern about its use, especially in young children. This is why, Paskewitz says, some scientists continue to search for alternatives, though most have looked to plants. Bacteria are common sources of antibiotics and other pharmaceuticals, and the species Bacillus thuringiensis is commonly used in agriculture to deter insects.

Kajla says the compounds extracted from Xenorhabdus budapestensis may yet prove useful for other applications and continues to explore their potential.

Additionally: “These compounds might end up being more effective against a wider array of biting arthropods,” Paskewitz notes. “DEET works against ticks, but it’s not as good as it is with mosquitoes. We will test the bacterial compounds against other kinds of biting insects and their relatives.”

The study was funded by the National Institutes of Health grant no. AI123719.