Plants under attack can turn hungry caterpillars into cannibals

A series of experiments shows plants that defend themselves chemically can taste so bad that herbivores like the beet armyworm will eat each other instead. UW-MADISON VIDEO

When does a (typically) vegetarian caterpillar become a cannibalistic caterpillar, even when there is still plenty of plant left to eat?

When the tomato plant it’s feeding on makes cannibalism the best option.

“It often starts with one caterpillar biting another one in the rear, which then oozes. And it goes downhill from there,” says University of Wisconsin–Madison integrated biology Professor John Orrock, author of a new study published July 10 in Nature Ecology & Evolution that examines how plants, in defending themselves from insect predation, can encourage insects to become cannibals. 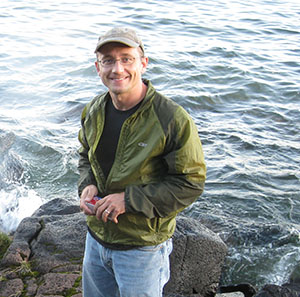 “At the end of the day, somebody gets eaten,” he says.

It started when Orrock wondered whether a tomato plant could ever taste so horrible that an herbivore that would typically munch on its green leaves would instead turn to its buddy and begin to consume him or her instead.

“Many insects are known to become cannibalistic when the going gets tough,” says Orrock.

So Orrock, his postdoctoral researcher Brian Connolly, and Anthony Kitchen, an undergraduate student in the lab, devised a set of experiments to test their idea using tomato plants and a species of caterpillar called the beet armyworm.

“Beet armyworms are important agricultural pests, in part because they can feed on a variety of plants,” Connolly says. “And early, influential work describing plant responses to herbivore attacks used tomato and beet armyworm. We build on that work here.”

Unlike animals that can flee from hungry predators, plants are rooted in place.  However, plants aren’t defenseless. When danger looms, many plants can produce chemicals like methyl jasmonate that act like a chemical scream. Other plants can detect this scream and begin to invest in their own defenses, producing chemicals that deter herbivores, in case they are next on the menu.

“At the end of the day, somebody gets eaten.”

To test the effect of plant defenses on herbivore behavior, the researchers sprayed tomato plants in plastic containers with either a control solution or a range of concentrations of methyl jasmonate — low, medium and high — and then added eight caterpillar larvae to each container. They counted the number of caterpillars remaining each day to determine how many had been eaten, and after eight days they weighed how much plant material each treatment group had managed to preserve. 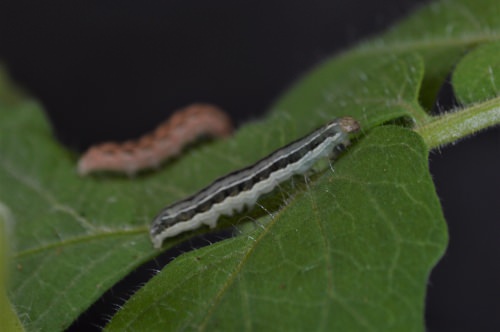 If this tomato plant has made its leaves too nasty-tasting for a caterpillar to eat, the fellow traveler in the background might be next on the menu. Brian Connolly

In the control and lower-concentration treatment groups, the caterpillars ate the entire plant before turning to cannibalism, but the plants sprayed with the highest levels of methyl jasmonate stayed mostly intact. Caterpillars living with the well-defended plants became cannibalistic much sooner than their leaf-eating counterparts with access to the less-well-defended plants.

“Not only do these guys become predators, which is a victory for the plant, they are getting a lot of food by eating one another,” says Orrock. “We struck upon a way that plants defend themselves that nobody had really appreciated before.”

In a second experiment Orrock conducted while on sabbatical at Virginia Commonwealth University, he added a single caterpillar larva to containers holding leaves from plants that were not sprayed with methyl jasmonate or containing leaves from plants sprayed with a moderate level of the chemical. To some containers he also added freshly frozen-and-thawed caterpillars that appeared alive. It was important to ensure the flash-frozen caterpillars looked enticing enough to serve as a potential meal for a living caterpillar, but were not actually alive to consume plant material. 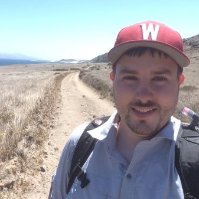 “From the plant’s perspective, this is a pretty sweet outcome, turning herbivores on each other,” Orrock says. “Cannibals not only benefit the plant by eating herbivores, but cannibals also don’t have as much appetite for plant material, presumably because they’re already full from eating other caterpillars.”

“The next step in this work is to figure out whether accelerated cannibalism would slow, or increase, the rate of spread of insect pathogens,” says Orrock, who says the researchers also hope to better understand whether caterpillars are as quick to turn to cannibalism when they are not trapped with a single plant, as they were in the lab.

Regardless, Orrock says, “the research suggests that we may need to give plants a little more credit. Instead of being wallflowers who sit and wait for life to happen, plants respond to their environment with potent defenses, and these defenses make caterpillars more likely to eat other caterpillars.”