Dark energy to be topic of Space Place event

"To Infinity and Beyond: The Accelerating Universe," a live broadcast from the World Science Festival about dark energy, an antigravitational force that confounds the conventional laws of physics, will be hosted on the evening of May 28 by UW–Madison's Space Place. 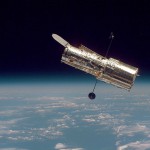 It was “the flea on the tail of the dog.” Roughly 30 years ago, that was how University of Wisconsin–Madison astronomy Professor Robert C. Bless described the High Speed Photometer (HSP), a detector then under development at UW–Madison for the soon-to-be-launched Hubble Space Telescope. 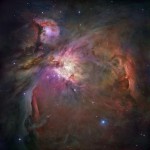 Twenty-five years of spectacular imagery and groundbreaking astronomy from the Hubble Space Telescope will be the subject of a Tuesday, April 14 public presentation at UW–Madison’s Space Place. 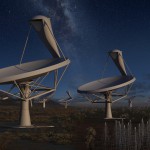 It’s almost a rite of passage in physics and astronomy. Scientists spend years scrounging up money to build a fantastic new instrument. Then, when the long-awaited device finally approaches completion, the panic begins: How will they handle the torrent of data?

High on a sleeping Mexican volcano, a new particle astrophysics observatory is about to blink to life, commencing an all-sky search for very high-energy gamma rays - a search that could greatly expand the catalog of known gamma ray sources and chip away at the mystery of the cosmic rays that constantly bombard our planet. 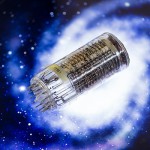 Slideshow: Pieces of UW–Madison astronomy history off to the nation’s attic

While cleaning out Sterling Hall cabinets that hadn’t been opened in decades, UW–Madison Space Place Director Jim Lattis and colleagues in the Astronomy Department struck historical gold: a collection of old photodiode and photomultiplier tubes dating to the earliest days of photoelectric astronomy. The university is donating 20 of the vintage photo detectors to the Smithsonian Institution for its permanent collection of astronomical instruments. 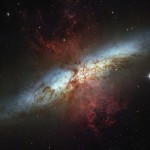 With the help of a radio telescope in the French Alps, an international team of astronomers, including two from the University of Wisconsin–Madison, has observed a never-before-seen stage of galactic evolution. Writing in this week’s Nature, a group that includes UW–Madison astronomers Aleks Diamond-Stanic and Christy Tremonti, reports measurements of dense, cold hydrogen gas being blasted from a distant star-forming galaxy, the first direct observation of the “blow out” phase of a galaxy’s evolution. 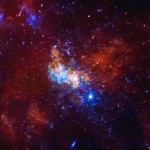 Thanks to a confluence of data from a suite of vastly different telescopes, there are tantalizing clues that the massive black hole at the core of the Milky Way may be a cosmic accelerator. In a recent paper published in the journal Physical Review D, a team led by University of Wisconsin–Madison physicist Yang Bai reports a correlation of IceCube data with a recorded burst of X-rays from Sagittarius A, an object at the center of our galaxy that is believed to be a supermassive black hole. 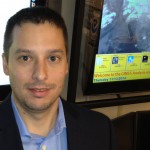 Michael Pavolonis thinks of himself as a volcano guy. 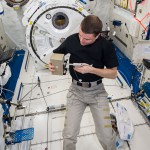 UW team’s plants return to Earth after growing in space

Researchers at Simon Gilroy's lab in the Department of Botany at the University of Wisconsin–Madison expect to greet a truck this afternoon that is carrying small containers holding more than 1,000 frozen plants that germinated and grew aboard the International Space Station. 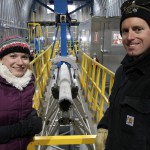 They know the drill: UW leads the league in boring through ice sheets

Hollow coring drills designed and managed by UW–Madison’s Ice Drilling Design and Operations (IDDO) program are used to extract ice cores that can analyze the past atmosphere. Shaun Marcott, an assistant professor of geoscience at UW–Madison, was the first author of a paper published today in the journal Nature documenting carbon dioxide in the atmosphere between 23,000 and 9,000 years ago, based on data from an 11,000-foot hole in Antarctica.

The University of Wisconsin–Madison has been selected to join the Intel Parallel Computing Centers program.

Beginning of time to unfold at UW–Madison Space Place

Eavesdrop on the beginning of time this Friday evening (May 30, 2014) at the University of Wisconsin–Madison's Space Place, 2300 S. Park St.

It’s a rainbow. It’s a sun dog. No, it’s a fire rainbow, which isn’t actually a rainbow at all. 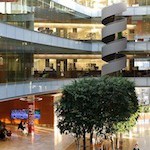 The dramatic new infrared picture of the plane of our galaxy will be viewable for the next week on the large media wall in the Town Center of the Wisconsin Institutes for Discovery on the UW–Madison campus. 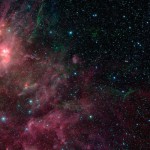 Using more than 2 million images collected by NASA’s orbiting Spitzer Space Telescope, a team of Wisconsin scientists has stitched together a dramatic 360-degree portrait of the Milky Way, providing new details of our galaxy’s structure and contents. 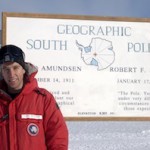 Nathan Whitehorn, a postdoctoral researcher on the IceCube project at the University of Wisconsin–Madison, has been named a “Young Star” by the Division of Astrophysics of the American Physical Society (APS). 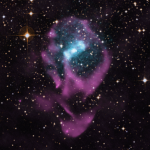 With the help of NASA’s Chandra X-ray Observatory and the Australia Telescope Compact Array, an international team of astronomers has identified the glowing wreck of a star that exploded a mere 2,500 years ago — the blink of an eye in astronomical terms. 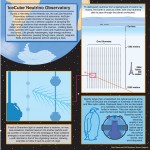 IceCube pushes neutrinos to the forefront of astronomy

The IceCube Neutrino Observatory, a particle detector buried in the Antarctic ice, is a demonstration of the power of the human passion for discovery, where scientific ingenuity meets technological innovation.

The IceCube Neutrino Observatory is one of a kind. Built deep within the Antarctic ice, it is the world’s largest neutrino detector. Now, thanks to a collaboration between the Wisconsin IceCube Particle Astrophysics Center (WIPAC) and the Milwaukee Public Museum, it boasts another unique aspect: its own planetarium show.