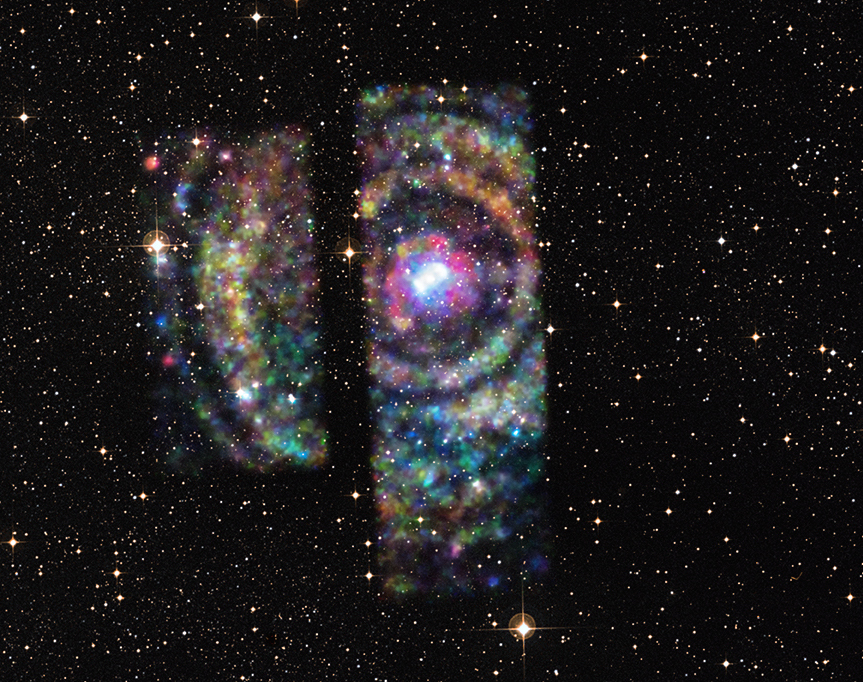 Circinus X-1 is a bizarre and sometimes frenetic source of X-rays in our galaxy. Residing in the plane of the Milky Way, where it cannot be observed by optical telescopes because of obscuring clouds of interstellar dust, Circinus X-1 is the glowing husk of a binary star system that exploded just 2,500 years ago. NASA/Chandra X-ray Observatory

Sebastian Heinz, a University of Wisconsin–Madison professor of astronomy, has been honored for his work to unravel the mystery of a bizarre binary star system in our galaxy.

Heinz was named this week as the recipient of the HEAD Mid-Career Prize by the High Energy Astrophysics Division (HEAD) of the American Astronomical Society for his studies of Circinus X-1, the glowing husk of a binary star system that exploded some 2,500 years ago.

The Wisconsin astronomer revealed critical clues about how neutron stars come to be and for using X-ray light echoes to make accurate measurements on a galactic scale. Circinus X-1 glows in X-ray light and after a sensor aboard the International Space Station alerted astronomers to unusual activity around the system, Heinz mounted a series of observations using the orbiting Chandra and XMN-Newton telescopes to discover a series of four X-ray rings around the neutron star that is at the center of the two-star system.

Heinz and his team used the rings, which are like light echoes, to devise a new galactic measuring stick to more accurately plot distance to the bizarre star system.

“Our results on Circinus X-1 came about through a combination of careful planning, perseverance, serendipity, and the support from the Chandra operations team, to whom I am enormously grateful,” says Heinz.

The HEAD Mid-Career Prize is given every 18 months for a significant advance or accomplishment in high-energy astrophysics by an astronomer within 15 years of receiving his or her doctorate.