In our guts, and in the guts of all animals, resides a robust ecosystem of microbes known as the microbiome. Consisting of trillions of organisms — bacteria, fungi and viruses — the microbiome is essential for host health, providing important services ranging from nutrient processing to immune system development and maintenance.

Now, in a study comparing mice raised in a “germ free” environment and mice raised under more typical lab conditions, scientists have identified yet another key role of the microbes that live within us: mediator of host gene expression through the epigenome, the chemical information that regulates which genes in cells are active.

Writing online Nov. 23 in the journal Molecular Cell, a team of researchers from the University of Wisconsin–Madison describes new research helping tease out the mechanics of how the gut microbiome communicates with the cells of its host to switch genes on and off. The upshot of the study, another indictment of the so-called Western diet (high in saturated fats, sugar and red meat), reveals how the metabolites produced by the bacteria in the stomach chemically communicate with cells, including cells far beyond the colon, to dictate gene expression and health in its host. 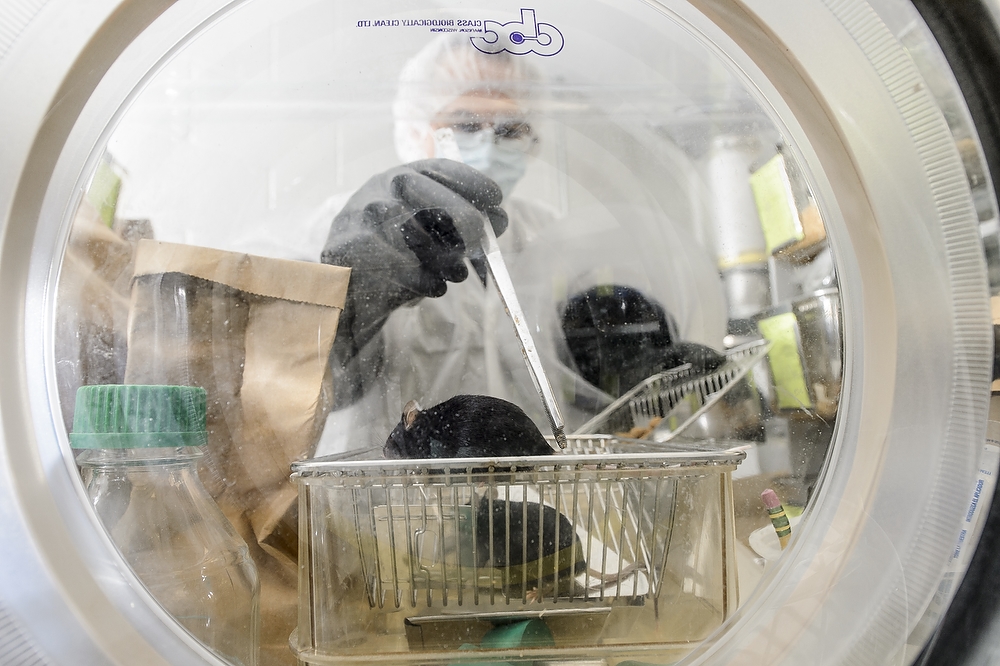 Nacho Vivas, lab manager at the Rey Lab in the Bacteriology Department at the University of Wisconsin–Madison, checks on a group of germ-free mice inside a sterile lab environment. Photo: Bryce Richter

“The bugs are somehow driving gene expression in the host through alteration of the epigenome,” explains John Denu, a UW–Madison professor of biomolecular chemistry and a senior researcher at the Wisconsin Institute for Discovery, and a co-author of the new study. “We’re starting to understand the mechanism of how and why diet and the microbiome matter.”

The study, which was led by Kimberly Krautkramer, an MD/Ph.D. student in the UW School of Medicine and Public Health, revealed key differences in gene regulation in conventionally raised mice and mice raised in a germ-free environment. The mice were provided with two distinct diets:  one rich in plant carbohydrates similar to fruits and vegetables humans consume; the other mimicking a Western diet, high in simple sugars and fat. 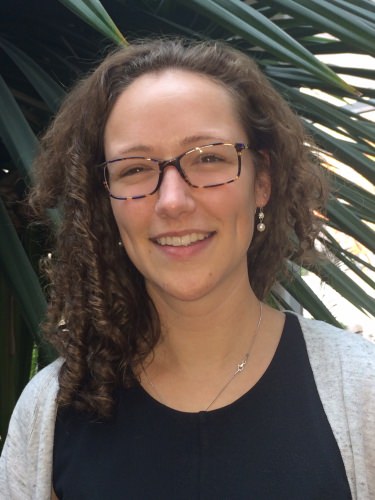 A plant-based diet, according to Federico Rey, a UW–Madison professor of bacteriology and also a co-corresponding author of the new report, yields a richer microbiome: “A good diet translates to a beautifully complex microbiome,” Rey says.

“And we see that the gut microbiome affects the host epigenome in a diet-dependent manner. A plant-based diet seems to favor host-microbe communication.”

The new Wisconsin study shows that a small set of short-chain fatty acids produced as the gut bacteria consume, metabolize and ferment nutrients from plants are important chemical messengers, communicating with the cells of the host through the epigenome. “One of the findings here is that microbial metabolism or fermentation of plant fiber results in the production of short-chain fatty acids. These molecules, and potentially many others, are partially responsible for the communication” with the epigenome, says Denu.

In the study, the gut microbiota of the animals that were fed a diet rich in sugar and fat have a diminished capacity to communicate with host cells. According to the Wisconsin team, that may be a hint that the template for a healthy human microbiome was set in the distant past, when food from plants made up a larger portion of diet and sugar and fat were less available than in contemporary diets with more meat and processed foods.

Foods rich in fat and sugar, especially processed foods, are more easily digested by the host, but are not necessarily a good source of food for the flora inhabiting the gut. The result is a less diverse microbiome and less communication to the host, according to the researchers.

The upshot of the study is another indictment of the so-called Western diet.

The kicker experiment in the study, says Denu, was providing mice raised in a germ-free environment with three different short-chain fatty acids that the study showed to be important messengers to the epigenome. The supplement was enough to promote the kind of healthy interplay between microbiota and host cells seen in mice given a diet high in plant fiber.

“It helps show that the collection of three short-chain fatty acids produced in the plant-based diet are likely major communicators,” adds Denu. “We see that it is not just the microbe. It’s microbial metabolism.”