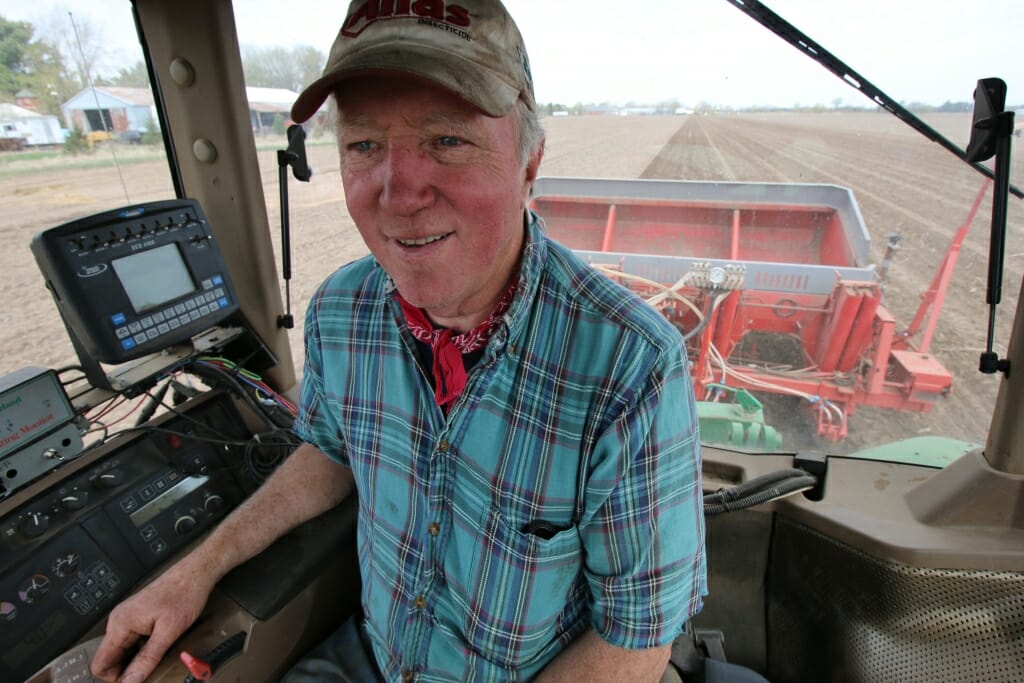 Justin Isherwood calibrates a potato planter on the Isherwood farm near Plover, Wisconsin, while preparing for spring planting. All photos: David Tenenbaum/University Communications

More than 14,000 years ago, receding glaciers left a broad, deep swath of sand and gravel across central Wisconsin. Today, the Central Sands region hosts a thriving agricultural economy, but the sandy soil renders most of the crops dependent on irrigation that originates in groundwater.

About 13 years ago, streams, lakes and marshes in the Sands started to dry up, and some observers blamed the growing number of high-capacity irrigation wells.

Even though the water level in these fresh waters has improved, the number of high-capacity wells continues to rise, and so the question remains: what is the best route to sustainable irrigation that serves the farm economy and the environment at the same time?

One key question is this: How much water — whether from rain or irrigation — is used by plants, and how much moves deeper, to augment groundwater? 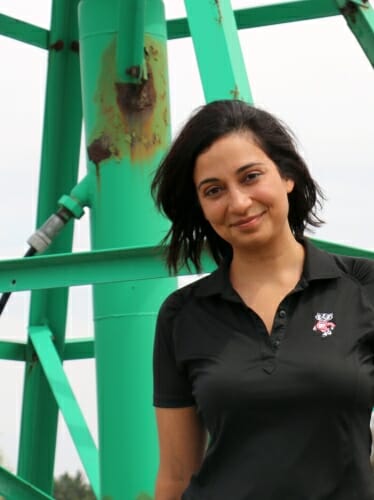 Mallika Nocco studied groundwater recharge at the Isherwood farm for six years and now uses data to build a computer model of the Central Sands’ agroecosystem.

The answer is not obvious, says Mallika Nocco, a recent Ph.D. graduate of UW–Madison’s Nelson Institute for Environmental Studies. She has spent eight years studying how much water from rain and irrigation enters the crop before being transferred into the atmosphere, and how much seeps deep into the soil and recharges the groundwater.

A complete answer must account for different crops, soils, weather, agricultural practices and markets, says Nocco, who has a joint appointment at the University of Minnesota.

The research continues and the results are not yet published, but the short answer, Nocco says, is this: Expect surprises.

Nocco’s hosts in the study are Lynn and Justin Isherwood, who, along with their son Isaac and Justin’s brother Gary, plant more than 1,200 acres of corn, sweet peas, soybeans and potatoes southeast of Plover, Wisconsin.

Justin Isherwood, who “was raised right up the road on a dairy farm, and (is) the son, grandson and great grandson of farmers,” is concerned with the farm sector and what he calls its ethical relationship to the world. “You can’t grow much here without irrigation, but we’re not sure how much is enough, and how to leave the same groundwater resource for the next generation. We have forgotten the role we play in the perpetuation of other species, and of their habitat. It’s not just about crops.”

It may seem apparent that pumping more water from the aquifer to irrigate crops would leave less for the streams, “but that question does not have a complete scientific answer now,” says Chris Kucharik, a professor of agronomy and environmental studies at UW–Madison who was Nocco’s Ph.D. advisor. “Trends in precipitation and temperature can also contribute, and so to answer the question, we need to model important factors like weather variability in unison with a variety of crops that have differing management and irrigation requirements.” 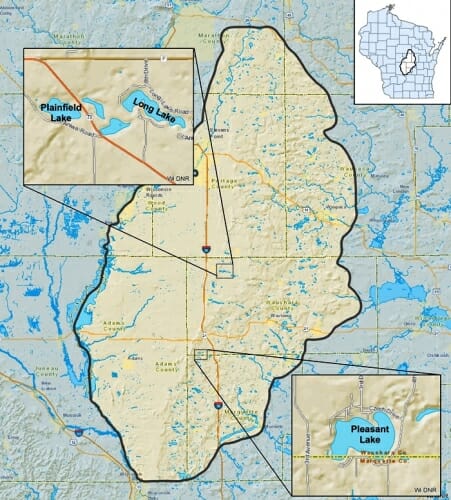 Even though the surface water situation has abated somewhat since a decade ago, Kucharik worries about the future, since weather is defined by change. “If we don’t phase in small changes in how we manage water, a prolonged drought of several years could cause the regulatory pendulum to swing too far. Baby steps now could avoid the need for drastic measures down the line.”

Already, says Isherwood, the groundwater problem is serious. “There are areas (in Portage County) where some lakes are strongly impacted. I’m not one to say that I know what the solution is, but I think farmers need to understand that we have to play a part in this. I think the question becomes, what is my fair share of the aquifer to use?”

According to data from the Wisconsin Department of Natural Resources, Portage County currently has 766 high-capacity agricultural irrigation wells. The Central Sands counties have 1,993 such wells out of a total of 3,740 in the state.

Plants lose water through evaporation and transpiration, which is necessary for photosynthesis. If the water came from groundwater, it could lower the water level in the aquifer.

That’s the critical question, says Nocco. “We have to be able to measure water flowing downward to understand differences in groundwater recharge.” 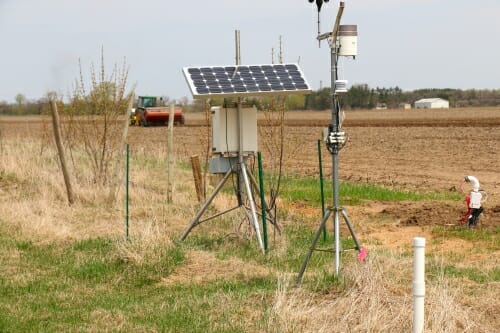 Instruments called lysimeters, buried on the Isherwood farm, measure how much water leaves the surface to recharge groundwater.

For her Ph.D. project, Nocco supervised 34 instruments buried in Isherwood’s fields. These lysimeters measure water that moves downward. “The goal was to get a field-based estimate of recharge and evapotranspiration on a real farm, over a few crops for a few years,” Nocco says.

Nocco is using a David H. Smith Conservation Research Fellowship to expand on her research by building a computer model that can broaden the picture of water’s flow and fate in the Sands.

The model will analyze the effects of different measures of rainfall and temperature, various cropping patterns, and irrigation management strategies to show the impact on groundwater over the years.

“If we want to manage water, we need to know how much water we are using, and where it is going,” Nocco says. “And if we want to implement a solution to the groundwater problem in the Central Sands, we have to have a framework in which we can test the solutions.

“Ultimately, our goal is to produce better information and better predictions, so the stakeholders can make better decisions.”

These studies were funded by the Wisconsin Department of Natural Resources, the Environmental Protection Agency and other sources.