App helps farmers make the most of their corn harvest 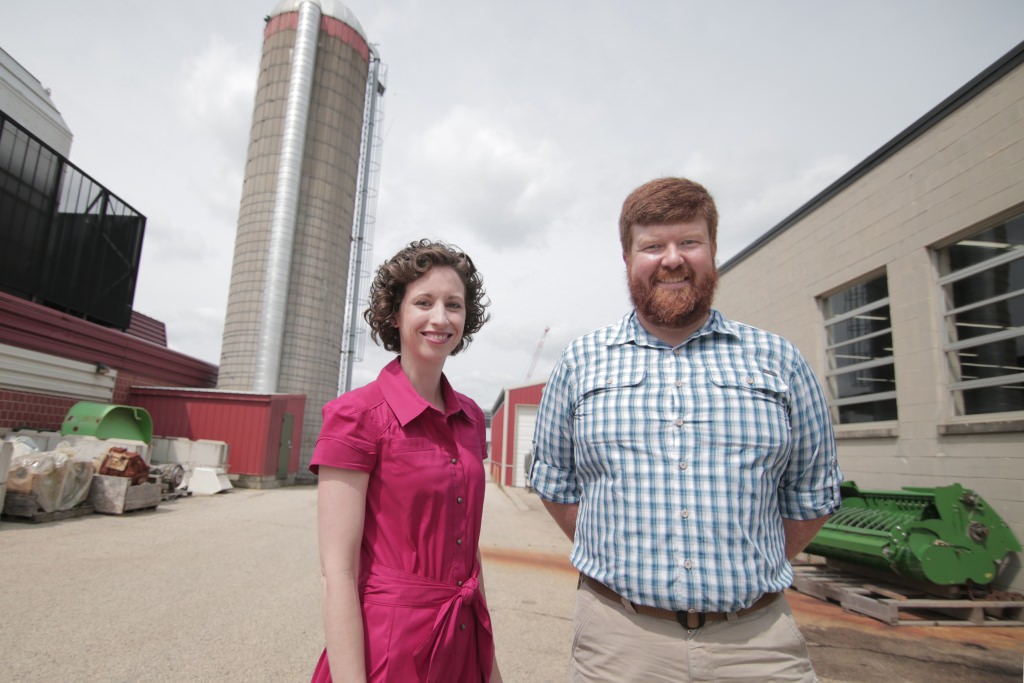 A new app to help farmers harvesting corn was developed by Brian Luck, an assistant professor of biological systems engineering, and Rebecca Willett, an associate professor of electrical and computer engineering. UW-Madison

A new tool developed at the University of Wisconsin–Madison could save farmers time and money during the fall feed-corn harvest and make for more content, productive cows year-round.

The innovation isn’t a physical farm implement, but a smartphone app. With just a handful of harvested corn, the app allows farmers to gauge — without leaving the field — the effectiveness of their harvesting machinery so that they can achieve the highest-quality cracked corn.

Cracking corn breaks up the tough outer kernel, exposing the nutritious starch inside.

“Cracked corn makes the feed easier to digest, so cows can produce more milk,” says Brian Luck, an assistant professor of biological systems engineering at UW–Madison and a specialist with the University of Wisconsin Extension.

Excellently cracked corn can boost milk production by up to two pounds (or, about a quart) per cow per day, according to studies conducted in UW–Madison’s Dairy Science Department.

Harvest machinery cracks corn by passing pieces of plant material between two grinding roller-wheels. Wear and tear on the machine can make it less effective, and some fields of corn resist cracking more than others.

Farmers can fine-tune their harvests to a certain extent by controlling the width of the gap between the wheels: Narrower spaces squeeze kernels more strongly, but also slow down the equipment — and thus, the harvest; wider gaps allow the machines to move faster, but risk leaving too many kernels intact.

“The problem is, when the harvester goes through the field, there’s no way for farmers to tell how well they cracked the kernels,” says Luck.

Even though farmers can easily recognize whole, uncracked corn kernels in their harvest, it’s almost impossible for them to tell at a glance what percentage of the cracked corn is just right. After the harvest, farmers send samples of their corn to commercial labs that dry and pass the grain through nine shaking and rotating sieves of varying sizes in a large proprietary contraption that eventually returns a number for the overall corn silage processing score.

And that score determines the corn’s value as animal feed. 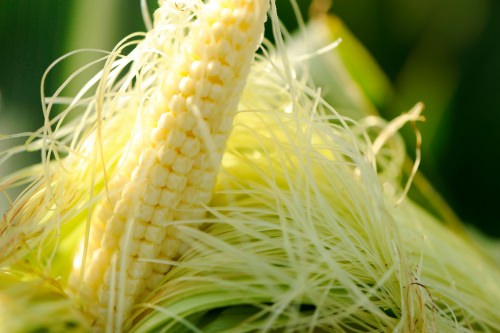 If 70 percent of the cracked corn fits through a hole the width of a standard drinking straw, then the corn receives an excellent score—fit for a dairy cow’s feast.

Unfortunately for many farmers, the lab results yield merely adequate, or even poor, scores, meaning they must feed their cows much more grain every day to meet nutritional requirements.

The smartphone app is a convenient and accurate in-the-field alternative to after-the-fact processing scores. While farmers don’t have access to lab equipment on their tractors, most do carry smartphones in their pockets—and those small devices pack more than enough computational muscle to measure corn kernels.

“We wanted to develop a product that would help the people of Wisconsin,” says Rebecca Willett, an associate professor of electrical and computer engineering at UW–Madison and Luck’s collaborator on the project. “The app is very efficient and fast; you get a response almost immediately. Producers can even use it throughout their fields to adapt to changing field conditions. Because it uses so little power, repeated use does not drain their batteries.”

To use the app, farmers merely spread out a small sample of corn, set down a coin to calibrate for pixel size, and snap a photo with their phones. Image-processing algorithms then calculate kernel-processing scores right there in the field, instead of weeks after the harvest at an external lab.

Based on kernel processing scores and summary statistics from the app, farmers can fine-tune their machinery on the spot — rather than develop contingency plans after the harvest is well over. And initial results suggest that the scores returned from the app align very closely with official results from commercial corn silage processing score evaluations.

The app gives farmers information that frees them from the uncertain trade-off between creeping through the corn rows slowly to thoroughly pulverize every last piece of plant material or speeding up the process at the risk of harvesting an entire silo’s worth of lower value feed corn. “It all comes down to data,” says Luck. “How much data can people gather to assess their operations and maximize efficiency?”

The project was funded initially by a grant from the Midwest Forage Association. Luck and Willett recently received funding through the Ira and Ineva Reilly Baldwin Wisconsin Idea Endowment at UW–Madison to fine-tune the app and ready it for download in August 2017. The Baldwin funding also will enable them to produce a UW Science Narrative video for farmers and the broader Wisconsin population that highlights the app and the benefits of using it.