On small Barro Colorado Island, in the middle of the Panama Canal, hundreds of tree species thrive. Jacob Usinowicz, an ecologist, recalls visiting there one field season and being astounded by the number of mahogany seeds littering the tropical forest floor.

“They produce seeds like maple trees, all these little helicopters, and the trees produce thousands of them,” says Usinowicz, a former graduate student in the Department of Integrative Biology at the University of Wisconsin–Madison. “If you go when they are reproducing, the seeds are just everywhere.” 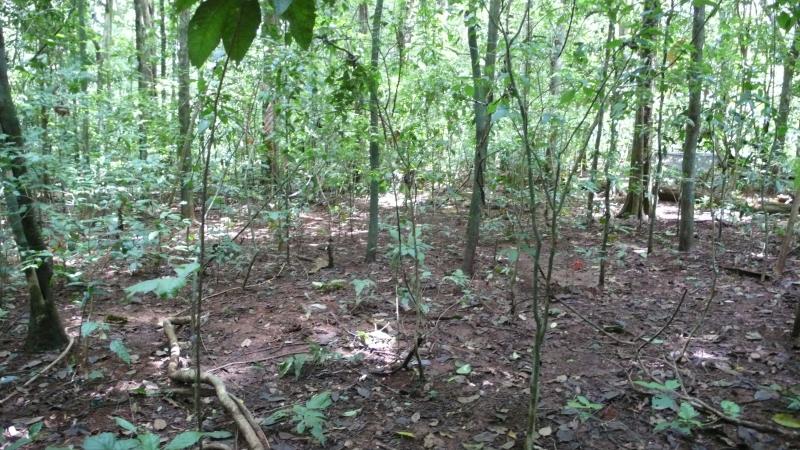 A new study demonstrates that tropical forests like this one on Barro Colorado Island, Panama, contain high tree species biodiversity because trees within a species compete more with one another in these forests than they do with other species. Center for Tropical Forest Science (CTFS), Smithsonian-ForestGEO

It’s these seeds, and the full-grown trees they ultimately produce, that took Usinowicz there in the first place. Tropical forests boast a diversity of tree species — Barro Colorado Island has roughly as many tree species as all of Europe ­— and as part of his Ph.D. research, Usinowicz wanted to understand why and how they all manage to coexist. He recently published his findings in the journal Nature with a research team that included UW–Madison professor of integrative biology Tony Ives and Joe Wright from the Smithsonian Tropical Research Institute.

Using vast quantities of long-term data from 10 forests around the globe — from the Appalachian foothills to a mountain range spanning China and North Korea — Usinowicz built reliable mathematical models that show trees in the tropics can better coexist because the climate allows for longer growing seasons, producing reproductive asynchrony that alleviates competition between species.

“The reason you have so many species is because when a tree does really well in the tropics, it’s mostly competing only with other individuals of its own species,” says Usinowicz, who is currently a postdoctoral researcher at the Swiss Federal Institute of Technology in Zurich.

Seeds from two medium-sized trees in the genus Virola, one of the more abundant types of trees on Barro Colorado Island in Panama. The seeds are from different species, though the two look quite similar. Courtesy of Joe Wright, Smithsonian Tropical Research Institute

In temperate and boreal forests, the growing season for trees is often shorter, driven by cold temperatures or excessive moisture. This constrains all species to compete with one another for limited nutrients and space over a very short period of time.

“Things get pushed on top of each other and the thought is that, as a result, species reproduce at the same time of year and are exposed to the same conditions in that year,” says Usinowicz. “If everyone reproduces in June and June happens to be rainy, it’s a bad year for everyone. In the tropics, however, you essentially have all year.”

Long growing seasons give each species the opportunity to take advantage of the right conditions over a greater span of time, allowing them to better time their recruitment, the process of successfully producing seedlings that survive to become trees.

“The goal of the tree is to grow big enough to be in the overstory canopy,” says Usinowicz. “Most of the competition happens in the push to establish new seedlings, and the seedlings eventually become saplings. A lot of these species are very shade tolerant and will hang around for a really long time — decades or longer — in the understory, waiting for the death of an adult tree.” 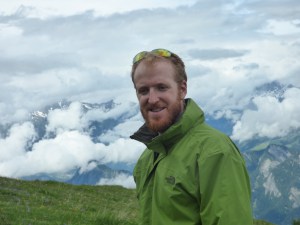 Usinowicz used datasets from each forest containing records on seedlings, saplings, species and survival. He used them in combining two existing ecological models — writing his own lines of code — into a relatively simple mathematical tool to assess coexistence in these forests as a factor of latitudinal and climate variation.

The findings confirm that climate seasonality plays a role in the higher biodiversity scientists observe near the equator, but crucially, it highlights that this coexistence mechanism — which scientists call the storage effect — also varies with latitude.

“It’s the first paper to show that one of these mechanisms we talk about in the theoretical literature not only contributes to the diversity of single forests but it also contributes to how diversity changes across latitudes,” says Usinowicz. “No one has ever shown that before in an ecological mechanism.”

Usinowicz and his coauthors acknowledge that other ecological factors are also at play, including variation in pollinator behavior, disease and herbivory, but they point out that other studies show these factors operate more strongly and more frequently in the tropics as well. 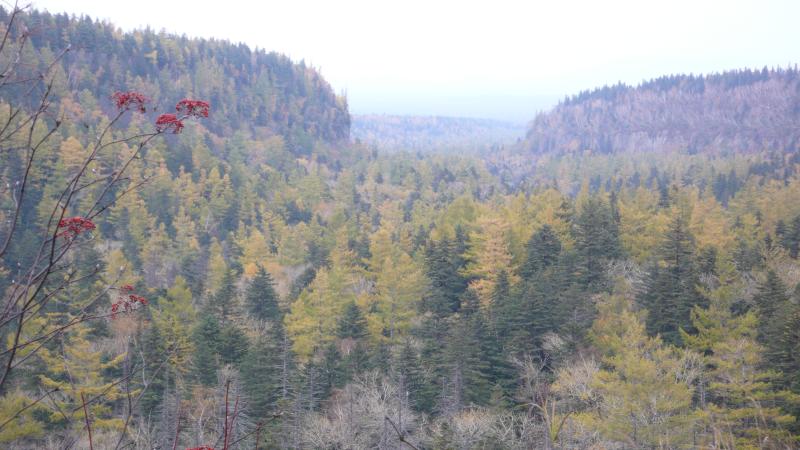 Unlike in tropical forests, where trees within a species compete more with one another than they do with other species, trees in temperate forests like this one in China’s Chanbaishan National Nature Reserve must compete with one another for limited resources over shorter growing seasons. Center for Tropical Forest Science (CTFS), Smithsonian-ForestGEO

Usinowicz, who is currently studying how climate change may affect species interactions by examining range shifts up the slopes of mountains, credits his co-authors with the robustness of the models he was able to create for the study. For some of them, these datasets represent their life’s work collecting seedling and sapling data from forests around the globe.

“Joe (Wright) has one of the oldest datasets from Panama, but almost around the same time, Takashi Masaki established his dataset in Japan,” says Usinowicz, noting that people collect seeds from traps in the forests and count and tag seedlings every year, a process that takes several months. Both projects spanned nearly 30 years. “It’s an amazing effort and it’s amazing that it’s been ongoing for as long as it has.”

He says the most difficult part of the study was managing these large datasets and figuring out how to write the code.

“Seedlings were given an ID on a tag and the model had to keep track of when each appeared and when each died, and what species it belonged to,” says Usinowicz. “The coding was on that end, but once I had on spreadsheets how many seedlings each species made each year, I fed that right into the model.”

Like helicopter seeds settling onto a crowded canopy floor.