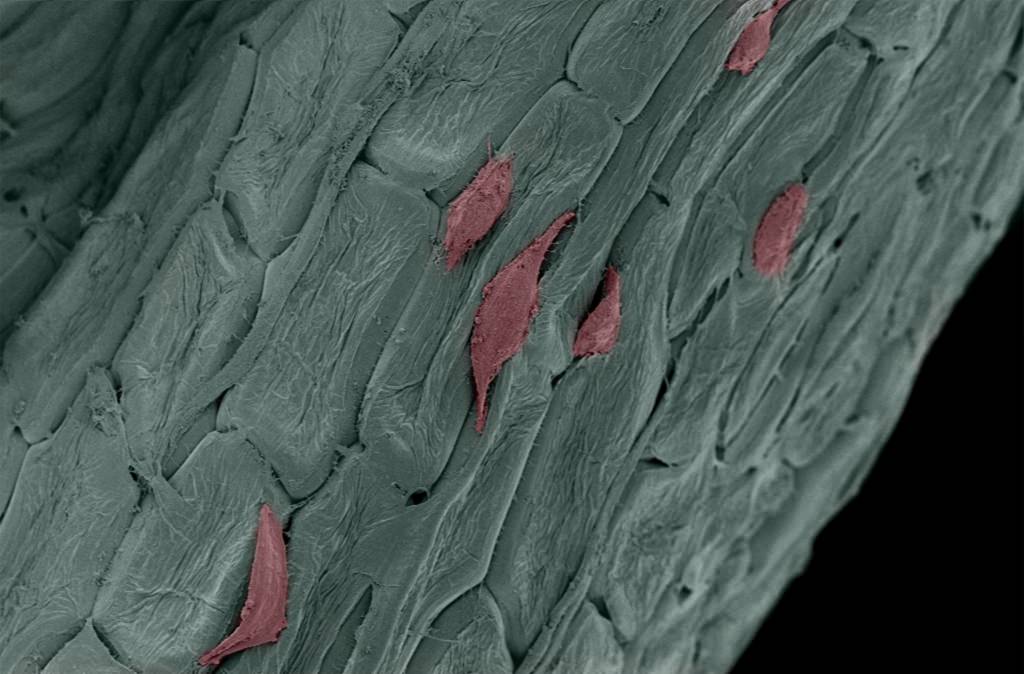 Human fibroblast cells, common connective tissue cells, growing on decellularized parsley. A team of UW–Madison researchers from the lab of bioengineering Professor William Murphy is exploring the use of plants to make the three-dimensional structures that may one day be used to repair bone and tissue. Photo: Gianluca Fontana

Borrowing from nature is an age-old theme in science. Form and function go hand-in-hand in the natural world and the structures created by plants and animals are only rarely improved on by humans.

Taking that lesson to heart, scientists at the University of Wisconsin–Madison are using the decellularized husks of plants such as parsley, vanilla and orchids to form three-dimensional scaffolds that can then be primed and seeded with human stem cells to optimize their growth in the lab dish and, ultimately, create novel biomedical implants.

Writing March 20 in the journal Advanced Healthcare Materials, a team led by William Murphy, a professor of biomedical engineering and co-director of the UW–Madison Stem Cell and Regenerative Medicine Center, describes the use of a variety of plants to create an efficient, inexpensive and scalable technology for making tiny structures that could one day be used to repair muscle, organs and bone using stem cells. 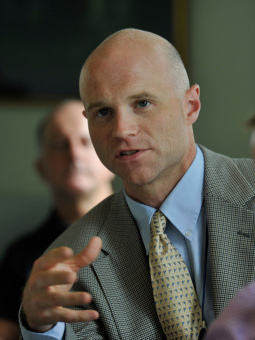 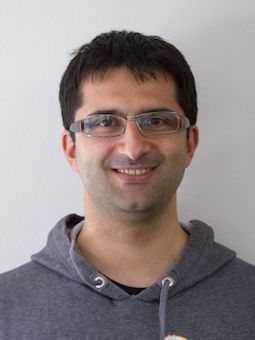 “Nature provides us with a tremendous reservoir of structures in plants,” explains Gianluca Fontana, the lead author of the new study and a UW–Madison postdoctoral fellow. “You can pick the structure you want.”

The new technology capitalizes on the elegant, efficient structural qualities of plants: strength, rigidity, porosity, low mass and, importantly, surface area. It may help overcome the limitations of current methods such as 3-D printing and injection molding to create feedstock structures for biomedical applications.

“Plants are really special materials as they have a very high surface area to volume ratio, and their pore structure is uniquely well-designed for fluid transport,” says Murphy.

The UW–Madison team collaborated with Madison’s Olbrich Botanical Gardens and curator John Wirth to identify plant species that could potentially be transformed into the miniature structures useful for biomedical applications. In addition to plants like parsley and orchid, Wirth and colleagues at Olbrich identified bamboo, elephant ear plants and wasabi as plants whose structural qualities may be amenable to creating scaffolds with properties and shapes useful in bioengineering. The team also collected plants such as the wetland-loving bulrush from the UW Arboretum. 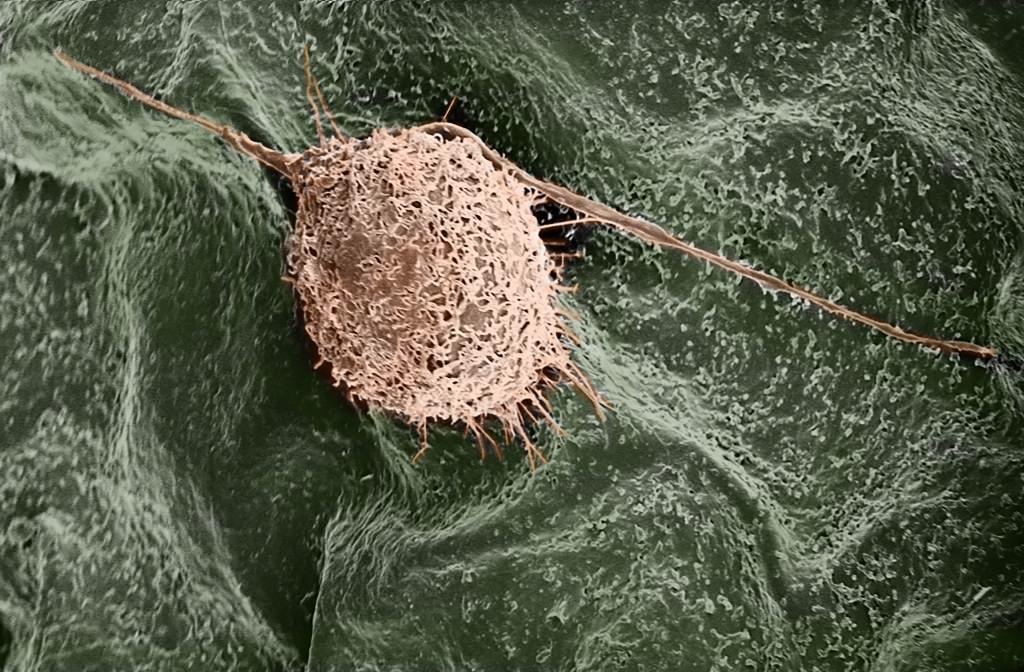 “The vast diversity in the plant kingdom provides virtually any size and shape of interest,” notes Murphy, who was prompted to explore the plant world after gazing from his office window onto UW–Madison’s Lakeshore Nature Preserve. “It really seemed obvious. Plants are extraordinarily good at cultivating new tissues and organs, and there are thousands of different plant species readily available. They represent a tremendous feedstock of new materials for tissue engineering applications.”

The new approach to making scaffolds for tissue engineering depends on cellulose, the primary constituent of the cell walls of green plants. The Wisconsin team found that stripping away all of the other cells that make up the plant, and treating the leftover husks of cellulose with chemicals, entices human stem cells such as fibroblasts — common connective tissue cells generated from stem cells — to attach to and grow on the miniature structures.

Stem cells seeded into the scaffolds, according to Fontana, tend to align themselves along the pattern of the scaffold’s structure. “Stem cells are sensitive to topography. It influences how cells grow and how well they grow.”

That ability to align cells according to the structure of the plant scaffold, adds Murphy, suggests it might be possible to use the materials to control structure and alignment of developing human tissues, a feature critical for nerve and muscle tissues, which require alignment and patterning for their function. 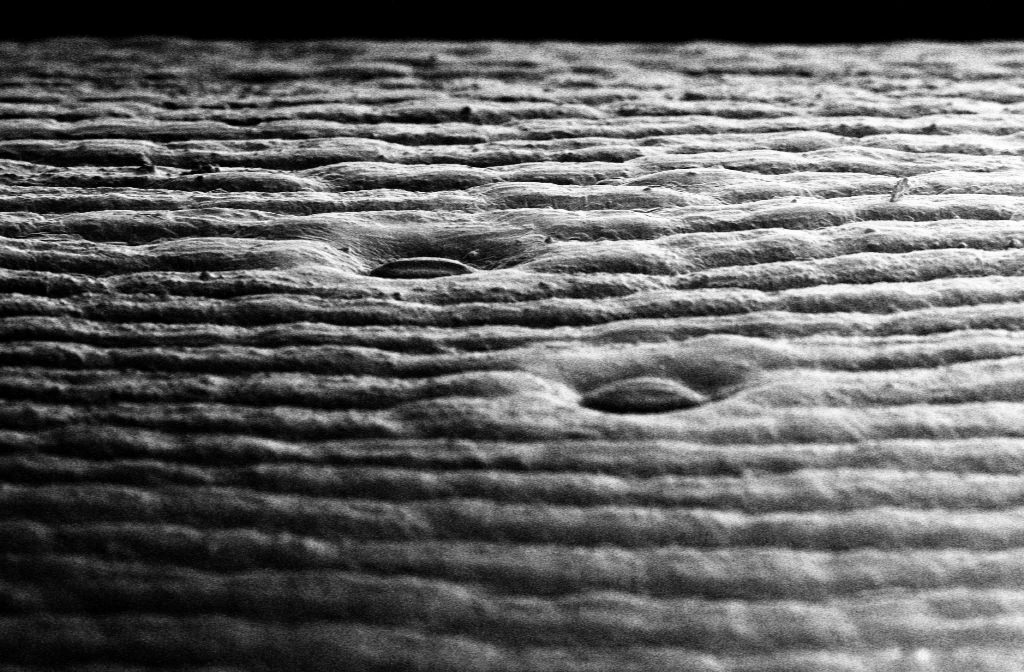 The stem of a vanilla plant as viewed through a scanning electron microscope. Plant structures like these, stripped of their cells, are turning out to be effective three dimensional scaffolds for growing human cells that could one day be used in cell or tissue replacement strategies. Photo: Gianluca Fontana

Another critical advantage of the plant scaffolds, notes Murphy, is the apparent ease with which they can be made and manipulated. “They are quite pliable. They can be easily cut, fashioned, rolled or stacked to form a range of different sizes and shapes.”

They are also renewable, easy to mass produce and inexpensive.

The scaffolds have yet to be tested in an animal model, but plans are underway to conduct such studies in the near future.

“Toxicity is unlikely, but there is potential for immune responses if these plant scaffolds are implanted into a mammal,” says Murphy. “Significant immune responses are less likely in our approach because the plant cells are removed from the scaffolds.”

The Wisconsin study was supported by grants from the Environmental Protection Agency, the National Institutes of Health and the National Science Foundation.