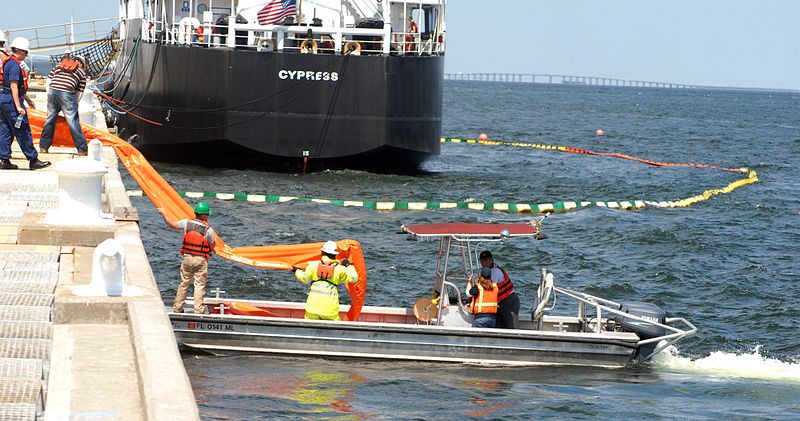 Contract employees with BP America load an oil containment boom onto a work boat to assist in oil recovery efforts from the Deepwater Horizon oil spill in the Gulf of Mexico. Photo: U.S. Navy

Sometimes, they consume a pollutant in the environment that humans want to get rid of, a process called bioremediation. Investigating the enzymes used by bacteria to carry out that process is important for scientists to understand and possibly improve on these powerful reactions. However, until now, having a snapshot of one of these important enzymes in action has eluded science.

In a publication in the journal Nature released today (March 27, 2017), scientists from the Department of Biochemistry and Department of Chemistry at the University of Wisconsin–Madison have solved the structure of an enzyme caught in the act of attacking toluene — a chemical derived from wood and oil. The work is important because it provides a glimpse of the mechanics of a process that could be harnessed to help clean up oil spills and create valuable new chemicals. 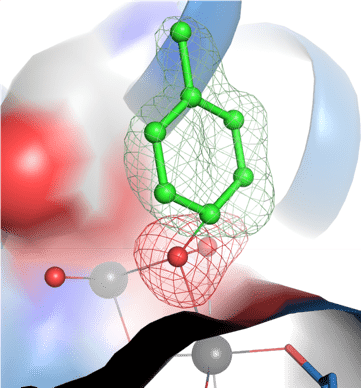 “In this research, we are trying to understand how nature uses iron atoms, electrons, and oxygen gas from the air to selectively oxidize chemicals,” says biochemistry Professor and Chair Brian Fox. “This reaction is the first step in a process where the carbon atoms in toluene, called an aromatic ring, are prepared for consumption by bacteria.”

This reaction plays out at the atomic level, in a game of electron and atom transfer. The active site of the large enzyme contains two iron atoms that also store up to two electrons. These react with oxygen gas to combine and “attack” the aromatic ring of toluene, with electrons being exchanged along the way. Ultimately, an oxygen atom is added to the toluene ring, opening the door for other reactions used by the bacteria to consume toluene.

The most satisfying piece of information revealed by the combination of crystal structures and quantum chemical calculations carried out in this study, Fox says, concerns the nature of the iron-oxygen intermediate that attacks the aromatic ring. Scientists generally assumed it would take an extremely reactive iron-oxygen species to carry out this reaction. But what Fox and his team found was that a less reactive form could actually be used.

“The most highly reactive intermediates, previously thought to be part of this reaction, would also be unspecific,” explains chemistry Professor Thomas Brunold. “With that intermediate, there would be a risk for the enzyme to attack whatever is nearby, including itself. If nature could avoid this by forming a less reactive, but still sufficiently potent intermediate, it could avoid many undesired side reactions. That’s what Brian thought was happening and that’s exactly what he found.” 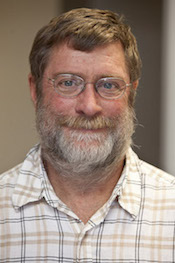 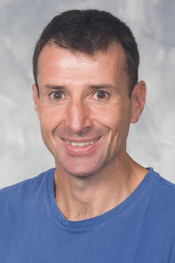 Brunold adds that understanding the reaction of this enzyme may be helpful for many synthetic chemists. As they design new molecules and pathways, these chemists often take hints from a great teacher — nature itself. Chemists now have knowledge to better mimic the way this enzyme functions in order to make new catalysts that are more specific for different applications.

When bacteria carry out this transformation of toluene, they start a process that rapidly removes it from the environment. In this way, bacterial bioremediation is able to remove harmful substances from the environment, something scientists are already taking advantage of to help ecosystems recover from chemical catastrophes like oil spills. Other researchers are exploring how to redirect the reactivity of this enzyme to synthesize new chemicals.

“Broadly, these types of natural reactions are environmentally friendly and cheap,” Brunold says. “In industry, researchers often perform challenging reactions with complex chemicals in harsh conditions, which can result in lots of waste and energy used. Investigating how enzymes like the one we studied catalyze their reactions can help find more efficient ways to perform these challenging reactions.”

The work is important because it provides a glimpse of the mechanics of a process that could be harnessed to help clean up oil spills and create valuable new chemicals.

For the study, lead author Justin Acheson, a former student in Fox’s lab, was able to stop the reaction midway through and generate an image of precisely how the enzyme is functioning. In an admittedly odd but effective approach, the researchers took a crystal of the enzyme and dipped it into toluene. They then exposed it to air, allowing oxygen molecules to begin the reaction. Finally, they froze the crystal, slowing down the reaction at precisely the right time to capture the intermediate before it could further react.

“There’s real importance to knowing this structure,” Fox says. “Having it gives us a unique look at how this reaction takes place. We found something unanticipated, and that gives new avenues to discovery and future application.”

This study was funded by the National Science Foundation. Use of the Advanced Photon Source was supported by the U.S. Department of Energy Office of Science.