Attitudes on human genome editing vary, but all agree conversation is necessary

In early August 2017, an international team of scientists announced they had successfully edited the DNA of human embryos. As people process the political, moral and regulatory issues of the technology — which nudges us closer to nonfiction­ than science fiction — researchers at the University of Wisconsin–Madison and Temple University show the time is now to involve the American public in discussions about human genome editing.

In a study published Aug. 11 in the journal Science, the researchers assessed what people in the United States think about the uses of human genome editing and how their attitudes may drive public discussion. They found a public divided on its uses but united in the importance of moving conversations forward. 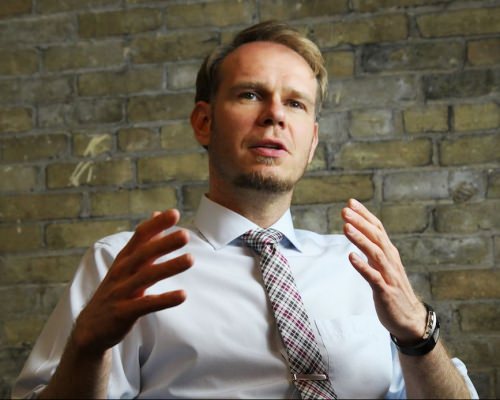 “There are several pathways we can go down with gene editing,” says UW–Madison’s Dietram Scheufele, lead author of the study and member of a National Academy of Sciences committee that compiled a report focused on human gene editing earlier this year. “Our study takes an exhaustive look at all of those possible pathways forward and asks where the public stands on each one of them.”

Compared to previous studies on public attitudes about the technology, the new study takes a more nuanced approach, examining public opinion about the use of gene editing for disease therapy versus for human enhancement, and about editing that becomes hereditary versus editing that does not.

The research team, which included Scheufele and Dominique Brossard — both professors of life sciences communication — along with Michael Xenos, professor of communication arts, first surveyed study participants about the use of editing to treat disease (therapy) versus for enhancement (creating so-called “designer babies”). While about two-thirds of respondents expressed at least some support for therapeutic editing, only one-third expressed support for using the technology for enhancement.

Diving even deeper, researchers looked into public attitudes about gene editing on specific cell types ­— somatic or germline — either for therapy or enhancement. Somatic cells are non-reproductive, so edits made in those cells do not affect future generations. Germline cells, however, are heritable, and changes made in these cells would be passed on to children.

While about two-thirds of respondents expressed support for using gene editing to treat diseases, only one-third favored using the technology for enhancement, such as creating ‘designer babies.’

Public support of therapeutic editing was high both in cells that would be inherited and those that would not, with 65 percent of respondents supporting therapy in germline cells and 64 percent supporting therapy in somatic cells. When considering enhancement editing, however, support depended more upon whether the changes would affect future generations. Only 26 percent of people surveyed supported enhancement editing in heritable germline cells and 39 percent supported enhancement of somatic cells that would not be passed on to children.

“A majority of people are saying that germline enhancement is where the technology crosses that invisible line and becomes unacceptable,” says Scheufele. “When it comes to therapy, the public is more open, and that may partly be reflective of how severe some of those genetically inherited diseases are. The potential treatments for those diseases are something the public at least is willing to consider.”

Beyond questions of support, researchers also wanted to understand what was driving public opinions. They found that two factors were related to respondents’ attitudes toward gene editing as well as their attitudes toward the public’s role in its emergence: the level of religious guidance in their lives, and factual knowledge about the technology.

“The public may be split … with regard to what they think about the technology and scientific community, but they are united in the idea that this is an issue that requires public involvement.”

While respondents with high religious guidance and those with high knowledge differed on their support for the technology, both groups highly supported public engagement in its development and use. These results suggest broad agreement that the public should be involved in questions of political, regulatory and moral aspects of human genome editing.

“The public may be split along lines of religiosity or knowledge with regard to what they think about the technology and scientific community, but they are united in the idea that this is an issue that requires public involvement,” says Scheufele. “Our findings show very nicely that the public is ready for these discussions and that the time to have the discussions is now, before the science is fully ready and while we have time to carefully think through different options regarding how we want to move forward.”

This work was supported by the Office of the Vice Chancellor for Research and Graduate Education at the University of Wisconsin–Madison (with funding from the Wisconsin Alumni Research Foundation).