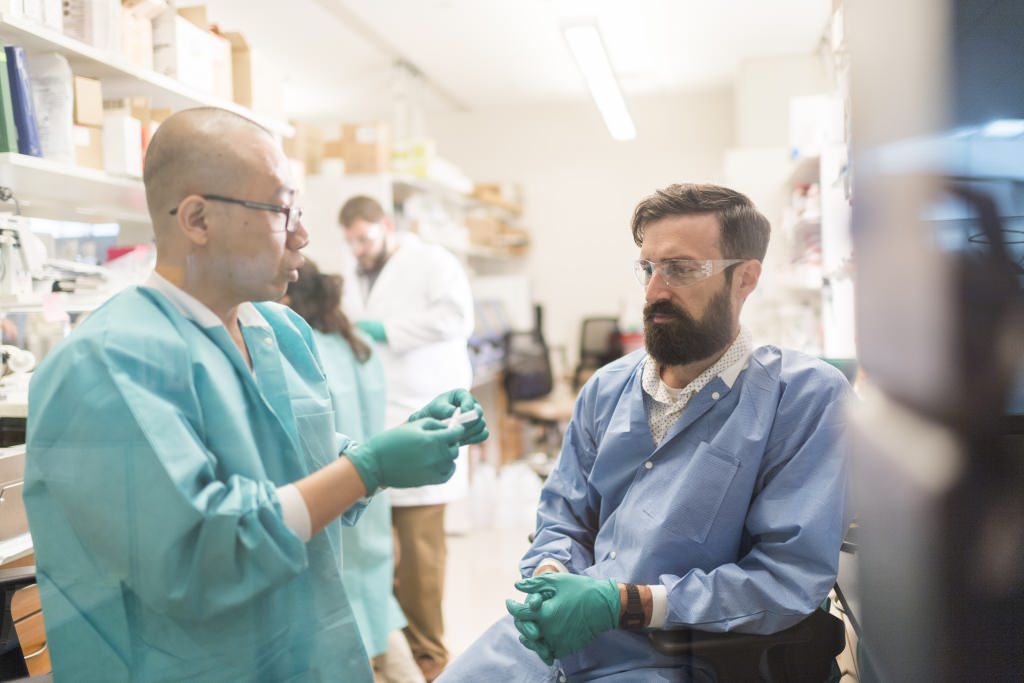 Stem cell biologists have tried unsuccessfully for years to produce cells that will give rise to functional arteries and give physicians new options to combat cardiovascular disease, the world’s leading cause of death.

But new techniques developed at the Morgridge Institute for Research and the University of Wisconsin–Madison have produced, for the first time, functional arterial cells at both the quality and scale to be relevant for disease modeling and clinical application.

Reporting in the July 10 issue of the journal Proceedings of the National Academy of Sciences, scientists in the lab of stem cell pioneer James Thomson describe methods for generating and characterizing arterial endothelial cells — the cells that initiate artery development — that exhibit many of the specific functions required by the body. 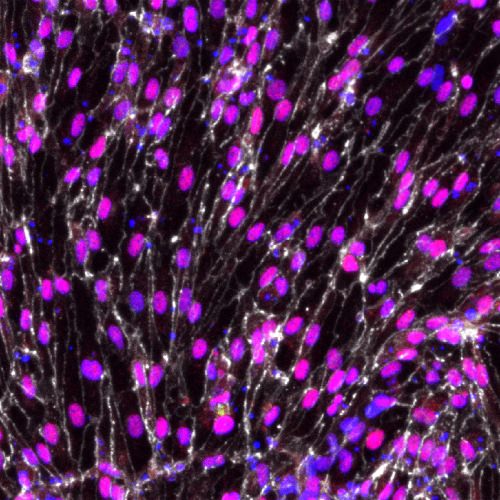 Arterial endothelial cells derived from human pluripotent stem cells are expressed in the red and white markers in this image. Morgridge Institute for Research

Further, these cells contributed both to new artery formation and improved survival rate of mice used in a model for myocardial infarction. Mice treated with this cell line had an 83 percent survival rate, compared to 33 percent for controls.

“The cardiovascular diseases that kill people mostly affect the arteries, and no one has been able to make those kinds of cells efficiently before,” says Jue Zhang, a Morgridge assistant scientist and lead author. “The key finding here is a way to make arterial endothelial cells more functional and clinically useful.”

Cardiovascular disease accounts for one in every three deaths each year in the United States, according to the American Heart Association, and claims more lives each year than all forms of cancer combined. The Thomson lab has made arterial engineering one of its top research priorities.

New techniques have produced, for the first time, functional arterial cells at both the quality and scale to be relevant for disease modeling and clinical application.

The challenge is that generic endothelial cells are relatively easy to create, but they lack true arterial properties and thus have little clinical value, Zhang says. 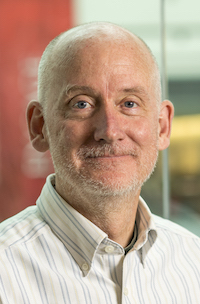 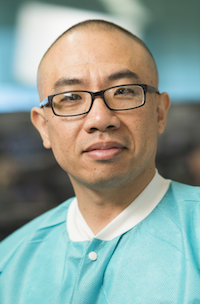 “With this technology, you can test the function of these candidate genes and measure what percentage of cells are generating into our target arterial cells,” says Zhang.

“Our ultimate goal is to apply this improved cell derivation process to the formation of functional arteries that can be used in cardiovascular surgery,” says Thomson, director of regenerative biology at Morgridge and a UW–Madison professor of cell and regenerative biology. “This work provides valuable proof that we can eventually get a reliable source for functional arterial endothelial cells and make arteries that perform and behave like the real thing.”

Thomson’s team, along with many UW–Madison collaborators, is in the first year of a seven-year project supported by the National Institutes of Health on the feasibility of developing artery banks suitable for use in human transplantation.

“Our ultimate goal is to apply this improved cell derivation process to the formation of functional arteries that can be used in cardiovascular surgery.”

In many cases with vascular disease, patients lack suitable tissue from their own bodies for use in bypass surgeries. And growing arteries from an individual patient’s stem cells would be cost prohibitive and take too long to be clinically useful.

The challenge will be not only to produce the arteries, but find ways to ensure they are compatible and not rejected by patients.

“Now that we have a method to create these cells, we hope to continue the effort using a more universal donor cell line,” says Zhang. The lab will focus on cells banked from a unique population of people who are genetically compatible donors for a majority of the population.