By genetically reprogramming the most common type of cell in mammalian connective tissue, researchers at the University of Wisconsin–Madison have generated master heart cells — primitive progenitors that form the developing heart.

Writing online Feb. 11 in the journal Cell Stem Cell, a team led by cardiologist Timothy J. Kamp reports transforming mouse fibroblasts, cells found mostly in connective tissue such as skin, into primitive master heart cells known as induced cardiac progenitor cells. The technology could permit a scalable method for making an almost unlimited supply of the three major types of cells in the heart. If replicated in human cells, the feat could one day fuel drug discovery, powerful new models for heart disease and the raw material for treating diseased hearts.

The lead author of the new study, UW–Madison postdoctoral fellow Pratik A. Lalit, found that 11 genes that play a central role in embryonic heart development could be used to reprogram the fibroblasts. He and his colleagues then narrowed the number of essential genes to five. Importantly, the group also defined the conditions necessary for the transformed cells to be effectively cultured in the laboratory. 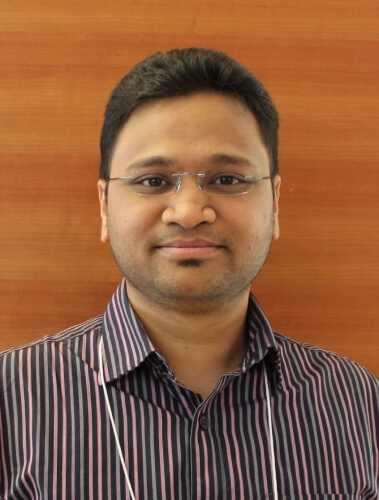 Using the five genes, Lalit, Kamp and their team could push the fibroblast cells back in developmental time to become the cardiac progenitor cells that make cardiomyocytes, smooth muscle cells and endothelial cells — the trio of workhorse cells that make up the organ. The induced cardiac progenitor cells are capable of making billions of the critical heart cells, providing ample material to study heart disease in the laboratory dish, equip high-throughput screens to test various compounds for safety and efficacy, and ultimately, to treat heart disease by replacing diseased cells with healthy ones.

“Because the reprogrammed cells are actively dividing, we can generate billions of cells with relative ease,” says Kamp, who also co-directs the UW-Madison Stem Cell and Regenerative Medicine Center.

The study, explains Lalit, was like an exercise in reverse engineering: observing the genetic factors in play as the heart develops in a mouse embryo and using those to direct the fibroblast down the cardiac developmental pathway or lineage. “We’re learning from what happens in the embryo during cardiac development,” he says. “What does it take to make a normal heart?” 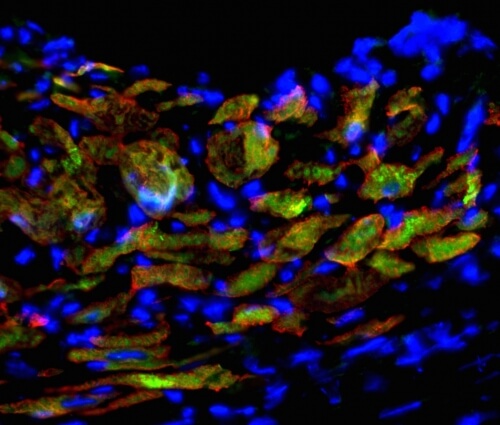 A key advantage of the engineered cardiac progenitor cells, notes Kamp, is that unlike all-purpose pluripotent stem cells, which can become any of the 220 different kinds of cells in the human body, the induced progenitor cells made from fibroblasts are faithful only to the cardiac lineage — a desired feature for cardiac applications. A potential drawback of cell transplants derived from all-purpose stem cells is the small but very real possibility of creating a teratoma, a tumor from tissue other than the intended cell lineage.

“With cardiac progenitor cells, you can reduce the risk of tumor formation as they are more committed to the heart lineages and are unlikely to form a tumor,” says Kamp.

If replicated in human cells, the feat could one day fuel drug discovery, powerful new models for heart disease and the raw material for treating diseased hearts.

Lalit and Kamp’s team tested the new cells in mice by experimentally inducing heart attacks. Injecting the engineered cells into the damaged hearts of mice, they observed the cells migrating to the damaged part of the heart and making cardiomyocytes — the heart cells that contract to underpin the beating of the heart — as well as smooth muscle and endothelial cells, key cells that form blood vessels. The implanted cells led to an uptick in survival of the heart-impaired mice.

The work was completed by a team of Wisconsin investigators, funded through the National Heart, Lung and Blood Institute’s Progenitor Cell Biology Consortium, part of the National Institutes of Health, and the American Heart Association. Contributing to the work were scientists from the University of Minnesota.