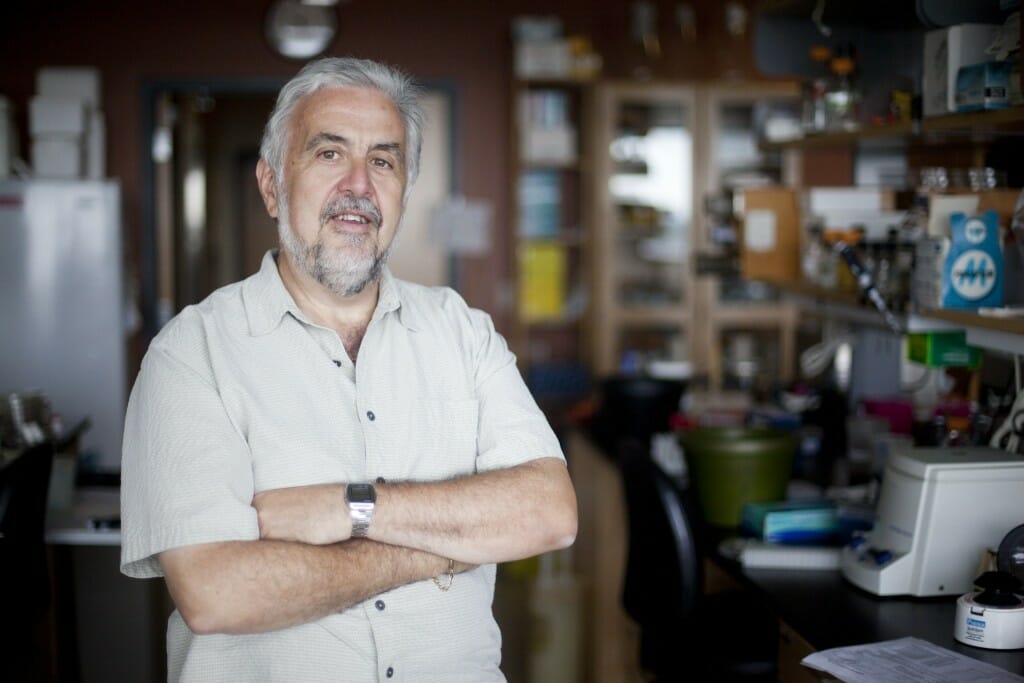 Tim Donohue, professor of bacteriology, has been named director of the Wisconsin Energy Institute. He has led WEI as interim director since 2017.

WEI provides leadership in energy and clean technology research, scholarship, education and outreach. The research institute, based within the Office of the Vice Chancellor for Research and Graduate Education, administers collaborative research grants to develop sustainable alternatives to meet society’s ever-growing need for energy and ways to source it.

“Tim has made significant scientific contributions to producing valuable consumer and industrial products from renewable biological resources in his own lab and by promoting similar work done by other researchers,” says Steve Ackerman, vice chancellor for research and graduate education. “This area of research is a campus priority and Tim’s leadership and service make him the right person to lead WEI forward.”

In addition, Donohue has led large, federally funded cross-disciplinary graduate training programs. Since 2007, he has served as principal investigator and director of the Great Lakes Bioenergy Research Center, one of the largest federal grants UW–Madison has ever received, with more than $375 million in funding. For the past 14 years, GLBRC has been an innovating force for advancing research in renewable chemicals and fuels derived from non-food plants.

“It has been an honor to collaborate with a dedicated and increasingly diverse group of partners, including the Wisconsin Alumni Research Foundation, and UW–Madison students, staff and faculty as we move UW–Madison forward in energy,” says Donohue.

WEI focuses on research in three areas of clean energy transition: electricity systems; transportation and fuels; and sustainability and society.

“In my term as interim, WEI researchers have made game-changing advances in the renewable production of power, fuels and chemicals for society, some of which were not considered feasible until recently,” Donohue says. “Examples include converting agricultural residues into ‘green’ chemicals for products like acetaminophen (the active ingredient in Tylenol), hydrocarbons for sustainable aviation fuel, and plastic precursors from materials previously of little value to Wisconsin farmers, communities or industry.”

These advances, Donohue notes, have helped position UW–Madison as an international leader in clean energy technologies. He adds: “I have also seen an increased interest of students, government, private foundations and industry in WEI people and programs.”

As permanent WEI director, Donohue says he looks forward to increasing the research institute’s positive outcomes for campus and society.

“There is a growing interest in technologies that can decarbonize and increase the efficiency of agriculture, transportation and industry,” he says. “I see these as grand societal challenges that will require collaboration across traditional boundaries. As a cross-campus institute at a land grant institution, there is perhaps no one better suited than WEI to convene experts from across the UW–Madison campus to generate solutions to these challenges.”

The research institute recently created an Energy and Climate Justice space to examine the intersection of racial, economic and environmental justice and inform its research and outreach.

Donohue says he continues to hear others predict that UW–Madison can help Wisconsin become a global technology leader in the 21st century. He is committed to ensuring WEI plays a pivotal role.

“I want WEI to be seen as the home of collaborative efforts; the catalyst of new, game-changing ways to produce power, fuels and chemicals from local renewable resources; and an inclusive training hub for tomorrow’s leaders in clean energy issues,” Donohue says. “Achieving this vision will energize the Wisconsin Idea while bringing substantial benefits to underserved people and communities. It will also allow us to travel to bowl games, heat our homes and buy fuels and other materials made in Wisconsin.”