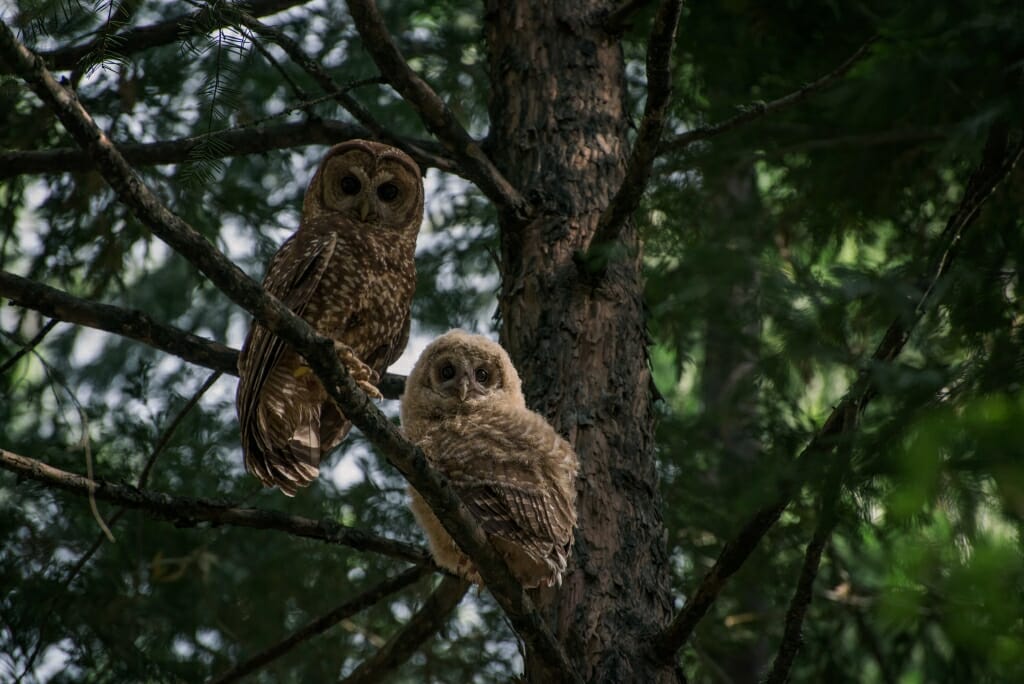 Logging of the largest trees in the Sierra Nevada’s national forests ended in the early 1990s after agreements were struck to protect species’ habitat.

But new research reported Dec. 6 in the journal Diversity and Distributions by University of Wisconsin–Madison ecologists shows that spotted owls, one of the iconic species logging restrictions were meant to protect, have continued to experience population declines in the forests.

Department of Forest and Wildlife Ecology graduate student Gavin Jones, Professor Zach Peery, senior scientist R. J. Gutiérrez, and their colleagues say the owls in the area may still be paying an “extinction debt” that was created by historical logging of large trees. These large, old trees the owls rely on are slow to grow back, meaning the owl population could still be showing the effects of logging that ended decades ago. 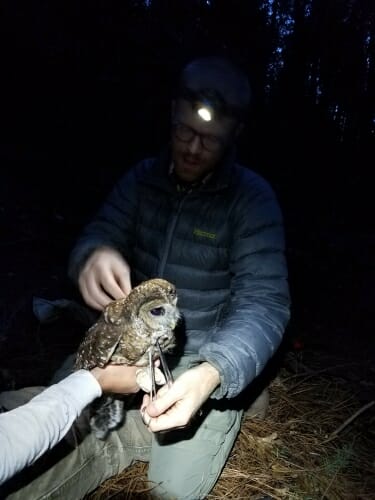 Compared to nearby national parks, which were never extensively harvested, national forests in the area were more extensively logged until the 1992 restrictions on harvesting large trees and logging near owl habitat took effect. The new study shows that spotted owl populations are stable in national parks. But in the more recently logged national forests, the researchers suggest historical logging of the largest trees may be contributing to the continued declines in owl populations they observed.

Diagnosing causes of decline is difficult, says Peery, and factors responsible for owl declines are likely complex. “Other factors we didn’t measure could have contributed to declines too, including contamination of owl prey from rodenticides used as part of illegal marijuana cultivation,” he adds, which has been recently observed in other species in the region like the Pacific fisher, a weasel relative. However, the researchers say owl declines were consistent with observations expected in forests with a deficit of large trees.

The findings could indicate parallels among other species and other habitats around the world. The results also have the potential to inform policy decisions about how to continue protecting sensitive habitats, since existing regulations may require more time to pay off in bolstering species’ populations.

Owls may still be paying an ‘extinction debt’ that was created by historical logging of large trees that ended decades ago.

“The spotted owls’ habitat contains the most economically valuable trees,” says Jones, who is the lead author of the new study. He explains that the ideal spotted owl habitat includes trees that could be more than 6 feet wide and hundreds of feet tall. These giants are often centuries old.

Combined with the owls’ long lifespan, the slow regrowth of very large trees means that population declines caused by habitat loss may both take time to appear and last long after protections are put in place. That lag between cause and effect is termed an “extinction debt.” 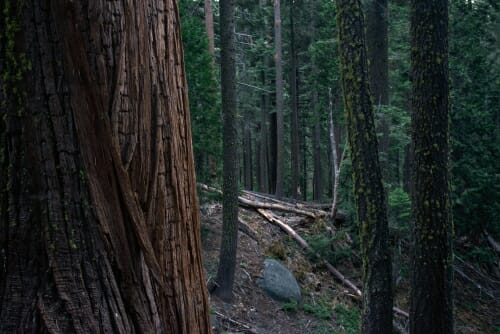 To determine whether spotted owls were paying off this debt, Peery’s group traveled to four sites that included three national forests — which had been logged — and two national parks, Kings Canyon and Sequoia, which were left intact. Beginning in 1993, after logging restrictions were established, they surveyed the number of owls each season. That requires a bit of performance from the researchers.

“We wander through the woods at night hooting to ourselves,” Jones says of the surveys they conduct, which attract owls with vocalizations. They can then band individual owls they encounter to track them from season to season. Jones was only 4 years old when the surveys began. “I’m the beneficiary of decades of work,” he says. They also used satellite information to determine the area covered by trees and relied on a new set of data on the size of trees recorded by other scientists.

While the habitat was stable in the once-logged national forests as a result of habitat retention guidelines implemented by the U.S. Forest Service, these areas are characterized by a large-tree deficit. Jones and his colleagues found that the owl populations in these areas had continued to decline — evidence of an extinction debt. In contrast, the nearby national parks hosted stable owl populations, even though their habitat wasn’t actively improving. High-quality owl habitat was about four times more common within owl sites in the national parks as in the national forests.

“We wander through the woods at night hooting to ourselves,” Jones says, which attracts owls with vocalizations. They can then band owls they encounter to track them from season to season.

“There is a shortage of very large, old trees that support spotted owls that take decades to centuries to regenerate,” explains Jones. “Owl populations could stabilize in their forests with a large-tree deficit, but it will take time to regrow the trees they rely on.” He says spotted owls aren’t unique in their plight. “Any species can continue to experience decline after you remove habitat,” he says.

The takeaway, says Jones, is that stabilizing, and even increasing, spotted owl populations might require more than just halting habitat loss. It likely requires restoring the large, ancient trees they rely on to the landscape — and patience.