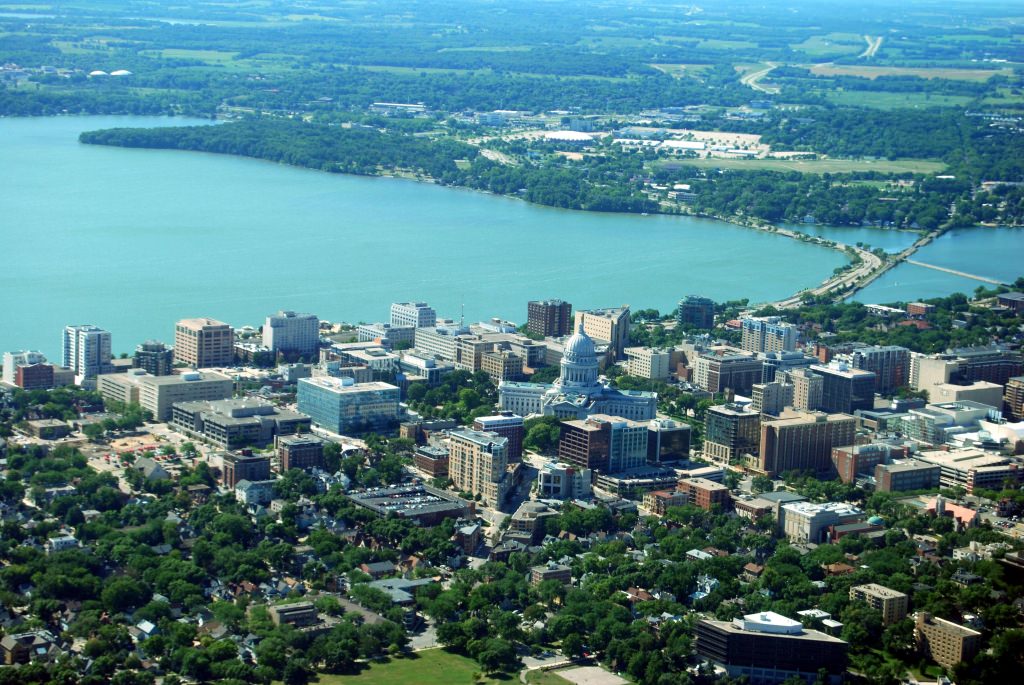 With spring now fully sprung, a new study by University of Wisconsin–Madison researchers shows that buds burst earlier in dense urban areas than in their suburban and rural surroundings. This may be music to urban gardeners’ ears, but that tune could be alarming to some native and migratory birds and bugs.

Urban-dwelling plants around the globe typically get a head start on the growing season compared to their rural counterparts because of the urban heat island effect, the phenomenon in which cities tend to be warmer than nonurban areas due to their plethora of built surfaces — made of concrete, asphalt and more — and scarcity of vegetation.

But according to the study, published this week in Environmental Research Letters, the urban heat island doesn’t lengthen the growing season uniformly across a city. Within the study site (Madison, Wisconsin) the researchers found that while the growing season lasted up to a week longer in the city’s densest areas, its parks subdued the warming effect and thus helped to normalize the growing season length. 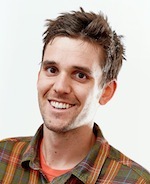 “With a better understanding of the impacts of urbanization on vegetation, we can create more sustainable cities that behave more similarly to the natural areas they have replaced,” says lead author Samuel Zipper, who recently completed his Ph.D. in freshwater and marine sciences and is part of the UW–Madison Water Sustainability and Climate Project, a program funded by the National Science Foundation. “Every little bit of greenness counts within a city.”

The spring green-up underpins many important natural processes, like the budding of flowers and release of pollen. Throwing off the timing of this cycle can have cascading effects on urban ecosystems that may be harmful to birds, butterflies and other wildlife in search of food and habitat. The study shows that urban parks can provide them “cool island” refuges, with natural conditions to which they are better accustomed.

The study is the first of its kind to examine how variations in urban development impact the length of plant growing seasons at fine scales within a city. The research team relied on a uniquely dense network of temperature sensors scattered in and around Madison to get such a detailed look.

The sensors measured on-the-ground temperatures, which indicated when the potential growing season started and ended, and the team compared these measurements with satellite imagery that showed when vegetation actually turned green and brown. 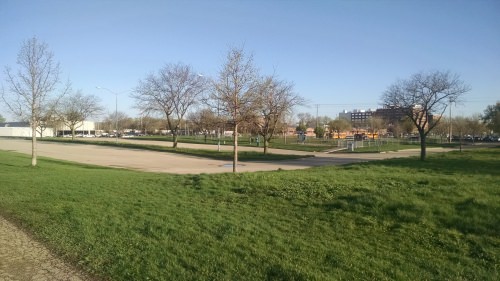 Grass beats trees to the spring green up, even though both hug this urban parking lot.

The sensor data revealed that unless researchers are accounting for the types of plants they are observing, satellite data may not be the best way to tease out the temperature-based effects of urbanization on plants. The satellite-based method is commonly used to assess the start and end of growing seasons, but it may be sensing changes unrelated to the urban heat island, the team’s methods suggest.

For instance, grassy lawns in the suburbs greened up more quickly than urban trees despite higher air temperatures in the city. This is because once the snow melts, grass typically greens up sooner than trees, Zipper says.

The study is a step toward better understanding how urban development can impact not just growing seasons but also other natural cycles, like those of water and carbon. It could also help make cities more resilient to climate change.

The urban heat island effect is expected to increase as the climate warms, Zipper says, adding, “The fine-scale decisions we make in cities will be important.”