In one of the first studies to “read” the genetic activity inside individual brain cells, University of Wisconsin–Madison neuroscientist Xinyu Zhao has identified the genetic machinery that causes maturation in a young nerve cell. The cells under study came from the hippocampus, a memory-related structure that is the only place in a mammal’s brain where new neurons can form throughout life.

Since newly formed neurons were discovered in the hippocampus more than 20 years ago, scientists have identified the many roles they play in learning and memory. However, mystery continues to surround the genetic controls that regulate the formation of the delicate structures and the chemicals necessary for neural communication, Zhao says. 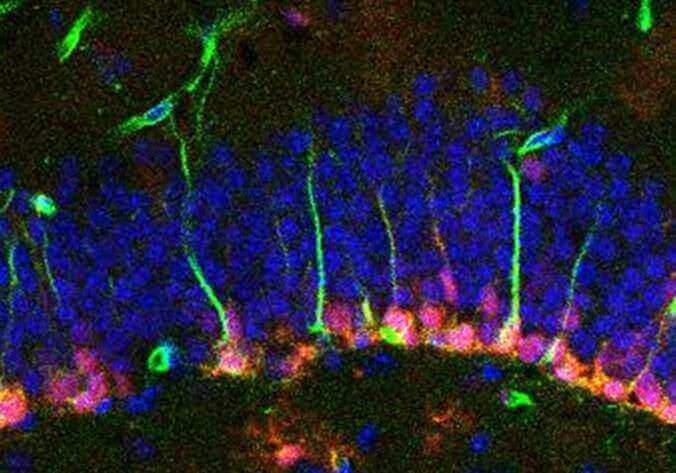 In the 1990s, Zhao worked as a postdoctoral fellow with Fred Gage at the Salk Institute for Biological Studies in California, site of groundbreaking discoveries on the formation of new neurons in the hippocampus. Until the discovery of this “adult neurogenesis,” scientists thought that the brain essentially had to make do with the supply of neurons it acquired at birth.

The limited supply of new neurons that grows in the hippocampus throughout the lifespan has a role in memory, and perhaps in recovery from degenerative disease. 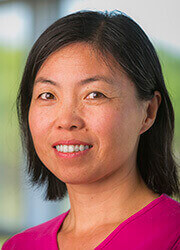 As might be expected for an organ as fantastically complex as the brain, “neurons come in many varieties,” Zhao says, “and their genetic activity changes as they mature. To really understand this process, we need to know which genes are active, and when.”

Under study, a group of neurons might average out, which would mask key distinctions at different stages. “When you look at individual cells you can see a lot more information than you can in groups,” Zhao says.

The situation in developing neurons is even more confusing, Zhao says. “There are so many different types of neurons, and the stage of development is also critical for understanding the development process.”

The technology to leap this hurdle, which can isolate individual neurons so their genes can be extracted, was first used on neurons in 2014.

Taking young neurons from the hippocampus of adult mice, postdoctoral fellows Yu Gao and Feifei Wang (now a member of the faculty at Fudan University in Shanghai) isolated 84 single neurons that had differentiated from neural stem cells at least three days before — meaning they had started, but not completed, the transformation to a mature neuron.

Once the data on gene activation was assembled, Brian Eisinger, another postdoctoral fellow with expertise in bioinformatics, performed intensive analysis on the rising and falling activity of thousands of genes. 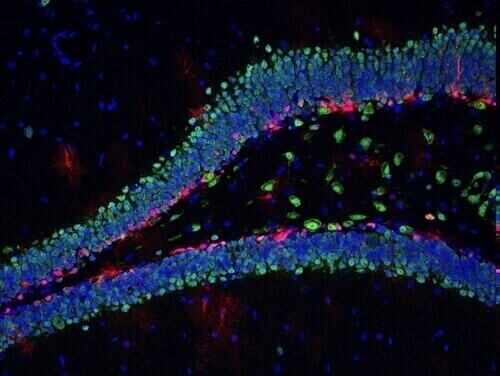 The gene activation profiles of individual cells revealed that the developing neurons go through four stages. But the results also revealed hints about the origin of common neurological conditions.

First, the most active genes during the stem cell phase overlapped significantly with genes implicated in Alzheimer’s and Parkinson’s diseases. “It surprised us to see that genes associated with the stem cell life stage are highly represented in these neurodegenerative diseases,” says Zhao. “We do not know the significance, but it’s possible that these conditions are more related to stem cell impairment than we thought.”

Second, the gene exhibiting increased activity during neuron maturation overlapped with genes associated with autism. That picture is complex, Zhao acknowledges, as thousands of genes are affected in some way in autism.

“This was an exploratory analysis that may open a new window on understanding complex disorders like autism,” Zhao says. “Imagine if you unexpectedly saw a mountain lion’s paw print in the forest. Now you would wonder if the lion explained a sudden shortfall of deer in the forest, but you would not know until you looked further.”

“This was an exploratory analysis that may open a new window on understanding complex disorders like autism.”

Although papers using single-cell analysis of mammalian neurons have begun to appear in the last year, they focused on large populations of neurons, Zhao says. “Ours is the first single-cell analysis in adult-born new neurons. Our challenge was that these are scarce, so we had to work hard to optimize our cell isolation procedure.”

The study could only be performed at a world-class research institution like UW–Madison, Zhao added. “The Comprehensive Cancer Center provided the cell sorter we needed to get started. The Waisman Center, where I study mechanisms of brain development, had state-of-the-art confocal microscopes and an early model of the single-cell analyzer. The Biotechnology Center has the latest instruments for RNA quantification and ultra-fast RNA sequencing. To advance science, we needed all of these instruments — and the scientists who know how to run them.”

The research was funded by the National Institutes of Health, the Waisman Center, the Wisconsin Alumni Research Foundation and the Vilas Trust.