University of Wisconsin–Madison emeritus professor Fred Madison, known fondly as Dr. Dirt, died June 3 at the age of 82. Madison used his extensive knowledge of Wisconsin’s soils and his warm personality to help farmers and protect the state’s environment.

A memorial service for Madison will be held at 11 a.m. on Aug. 17 at Park Hall in Sauk City.

Madison spent much of his career assessing the effect of agriculture on the surface and groundwater resources of Wisconsin while working with farm families to help address environmental challenges. 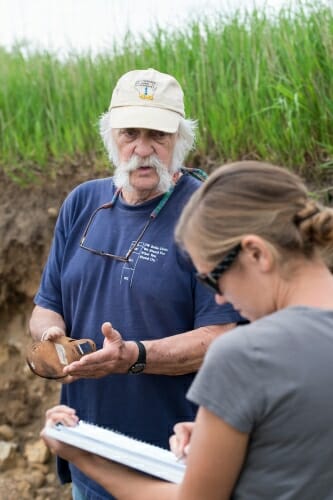 His work — which sought to protect the environment, assure farm profitability and sustain natural and human resources — had important impacts on farm practices, natural resources policy and conservation professionals. Many of his projects were interdisciplinary, requiring coordination with various campus and governmental units, and he made a point to share his results widely.

“Fred was one of a kind,” says Steve Ventura, a UW–Madison professor of soil science. “With his drooping mustache and gravelly but kind voice, he loved to help people understand the state’s diverse landscapes and its thin veneer of life-giving soil. He was passionate about protecting natural resources, and he inspired many people along the way.”

Madison earned his bachelor’s degree in geology from UW–Madison, then continued on to receive his master’s and doctoral degrees in soil science in 1963 and 1972. Between his graduate degrees, he served as director of the Peace Corps’ Midwest Regional Recruiting Office. He then took a position as legislative assistant to Wisconsin Senator Gaylord Nelson. In this role, he was instrumental in the creation of the National Wild and Scenic Rivers Act, which became law in 1968 and today helps protect more than 12,000 miles of river in 40 states.

After completing his doctoral degree, Madison was hired as a scientist in the UW–Madison Department of Soil Science. In 1978, he took a split position as an assistant professor of soil science and an Extension specialist with the Wisconsin Geological and Natural History Survey (WGNHS). He received tenure in 1984 and was promoted to full professor in 1991.

Early on, he provided guidance and technical support for the establishment of the Nutrient and Pest Management Program, which helps farmers use agricultural chemicals more efficiently and carefully.

“He was passionate about protecting natural resources, and he inspired many people along the way.”

Madison also co-founded the university’s Discovery Farms Program, which provides on-farm research and demonstration of best practices in soil, water and nutrient management. Through the program, participating farmers partner with researchers to assess and modify their farming practices with the goal of developing farming systems that are both economically and environmentally viable and sustainable. Madison served as co-director of the program from 2001 to 2011.

He helped establish routine county drinking water inventories to monitor long-term trends in groundwater quality and quantity for resource policy evaluation and land use planning. This information was also used in his WGNHS work, where he authored or co-authored seven reports and 15 maps, mostly related to contamination susceptibility of groundwater based on local soil properties.

“Fred’s wisdom and advice on soils, geology and other natural resource topics was highly valued and frequently sought by the Wisconsin Geological and Natural History Survey staff and students,” says Ken Bradbury, director of WGNHS. 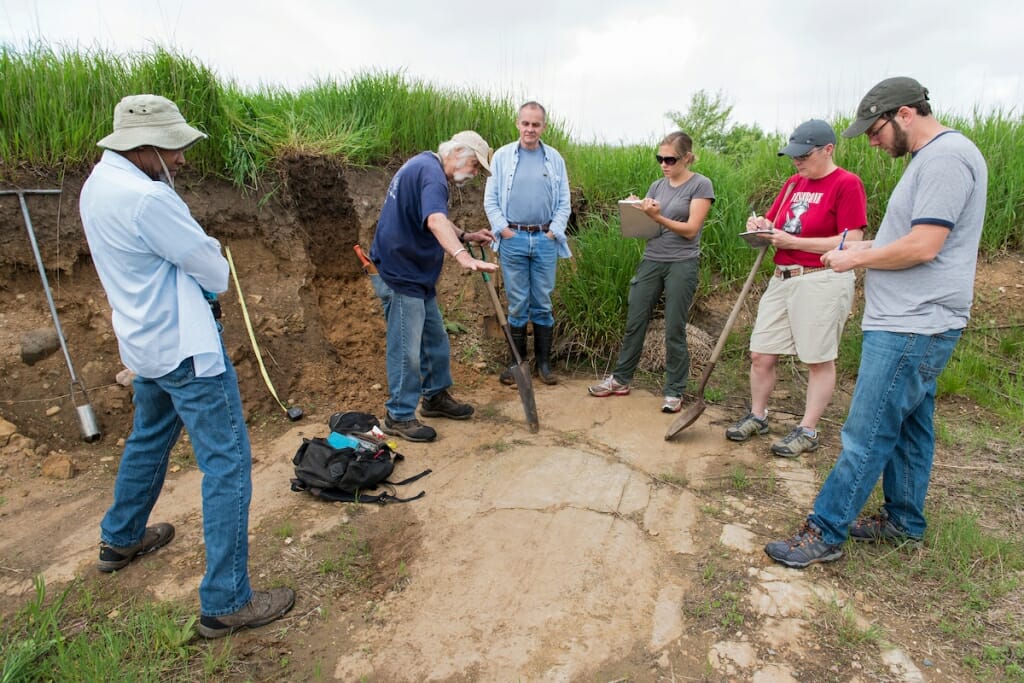 Madison also enjoyed teaching and advising. For around 30 years, he taught Soil Science 305 and coached the UW–Madison soil judging team. In the late 1980s, he developed Soil Science 601, Soils of Wisconsin: Landscapes and Uses. This popular summer course, affectionately known by hundreds of students as the “Tour of Wisconsin Soils and Supper Clubs,” involved traveling around the state to study soils in a variety of landscapes, exposing students to diverse perspectives on environmental and land-use challenges.

“Fred’s the person I learned the most from about Wisconsin’s landscapes, and about mining in the Mineral Point area,” says emeritus professor of soil science Birl Lowery, who co-led the course with Madison for a number of years. “He had a tremendous amount of knowledge on these topics, and I really enjoyed working with him on the course.”

Madison chaired the Water Resources Management program, a master’s program offered by the university’s Nelson Institute for Environmental Studies. He led many workshops for the program, including ones that helped lead to the development of the Farmers’ Fund Program and the Farm*A*Syst tool.

Over the course of his career, Madison advised 19 graduate students and served on graduate committees for more than 50 students in the Department of Soil Science and the Nelson Institute.

“He was a mentor and friend who is truly missed. We were all the better off for knowing Fred and having him in our circle.”

Madison also believed in service. He was involved in the promotion and leadership of the U.S. Department of Agriculture’s Sustainable Agriculture Research and Education (SARE) program, serving several terms on its national Administrative Council and as Wisconsin’s representative to North Central SARE.

He received the Wisconsin Idea Award in Natural Resource Policy from Extension in 1995 for his contributions to natural resource policy and his accomplishments as an educator.

Prior to his retirement in 2011, Madison started studying two emerging issues in Wisconsin: water quality problems in the state’s Driftless Area and water quantity challenges in the Central Sands region.

As a bookend in his professional life, Madison served as chair of the Lower Wisconsin State Riverway Board for a number of years until 2018. The Lower Wisconsin was named a scenic river under the National Wild and Scenic Rivers Act.

“He was a mentor and friend who is truly missed,” says Jim Miller, a graduate student advisor with the Nelson Institute, who participated in eight Soil Science 601 field trips. “We were all the better off for knowing Fred and having him in our circle.”