Combining on and off switches, one protein can control flowering in plants

As plants stretch toward the summer sun, they are marching toward one of the most important decisions of their lives — when to flower. Too early, and they might miss out on key pollinators. Too late, and an early frost could damage their developing seeds.

Farmers who rely on their crops to flower at just the right time can only sit and worry. It’s up to the plants.

That decision of when to flower is ultimately made by cells that must stop sending out leaves in order to start producing flowers. Scientists typically think of these critical decisions about cell fate as being controlled by the balance between one group of regulating proteins that accelerate cells toward one fate and other proteins that keep the brakes on. When the brake is released at the right cue, the cell marches toward its destiny as leaf, or flower. 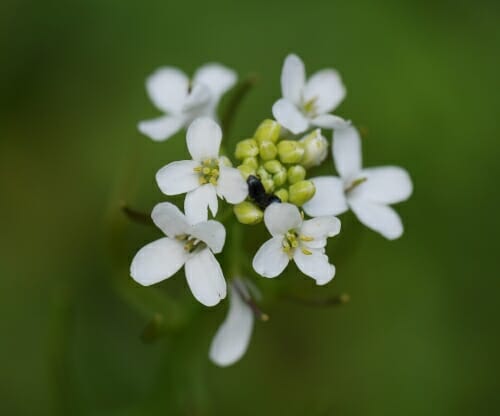 Working in the model plant Arabidopsis, UW–Madison biologists have discovered a previously unknown mechanism for controlling cellular decisions, one which combines an on-and-off switch in a single protein. Photo: Dawid Skalec

But new research published Aug. 6 in the journal Nature Genetics by University of Wisconsin–Madison biologists has discovered a previously unknown mechanism for controlling cellular decisions, one which combines an on-and-off switch in a single protein. Professor of Genetics and Wisconsin Institute for Discovery researcher Xuehua Zhong and her lab found that the protein EBS can bind to two different chemical modifications on histones, proteins that DNA wraps around, either promoting or preventing the transition to flowering in plants.

Because the basic building blocks of EBS are found across plants and animals, this style of regulating crucial decisions about development and tissue generation is likely to be widespread. The researchers say that this linking of a developmental on-and-off switch in one protein provides opportunities for improving crops and could also help scientists study diseases like cancer.

Every organism starts out as a single cell, which means that a cell must be able to express both flower and leaf genes, although not at the same time. These young cells are undecided about their fate.

This linking of a developmental on-and-off switch in one protein provides opportunities for improving crops and could also help scientists study diseases like cancer.

“It’s like a first-year freshman. They have not declared a major yet,” says Zhong. “So how do you maintain this undecided state? One way is what we call epigenetics.”

Epigenetic regulation uses chemical decorations on DNA to help control which genes are active and which are shut off. Regulatory proteins can bind to activating or repressing chemical marks to promote or restrict which genes are turned on, which in turn controls what type of tissue a cell may become, or how an organism will change its growth.

Typically, gene activation is controlled by one protein, while another protein will inhibit the gene’s expression. But Zhong’s lab found that EBS is different.

“This one protein has domains that can read both activating and repressing marks, and then make the switch to turn on or turn off,” says Shuiming Qian, a scientist in Zhong’s lab who led the work. 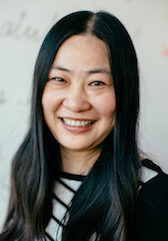 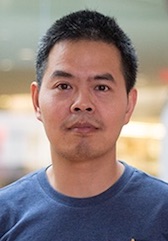 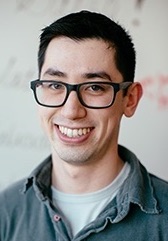 “There have been proteins that can bind multiple modifications at once, but we’ve never seen one that can bind both repressive and active marks at the same time,” adds Ray Scheid, a graduate student in the Zhong lab who contributed to the study. The UW–Madison researchers also collaborated with scientists at the Chinese Academy of Sciences to study the structure of EBS.

Plant scientists have long known that if EBS is absent, plants flower early. Working in the model plant Arabidopsis, the research team found that if they disrupt the ability of EBS to bind to epigenetic modifications — either repressive or activating marks — flowering still occurs early, showing that the balance between on and off is crucial for EBS to work at all.

Zhong’s lab also showed that when it is time to flower, EBS changes its shape, which makes it more strongly attach to the activating modifications. That change from “off” to “on” lets EBS turn on a set of genes that put the flowering program into action.

“If we can reduce a plant’s life cycle and complete the season earlier, that could be very important for many crops.”

The joining of an on-and-off switch in a single protein provides flexibility in making key decisions about cell fate and development, says Zhong. The research team also sees opportunities for research and, one day, applications based on influencing how cells decide what to become through the control of just one protein.

One application that comes to mind for Zhong is based on what EBS is already good at — controlling flowering.

“In Wisconsin, we have very short growing seasons,” says Zhong. “If we can reduce a plant’s life cycle and complete the season earlier, that could be very important for many crops.”