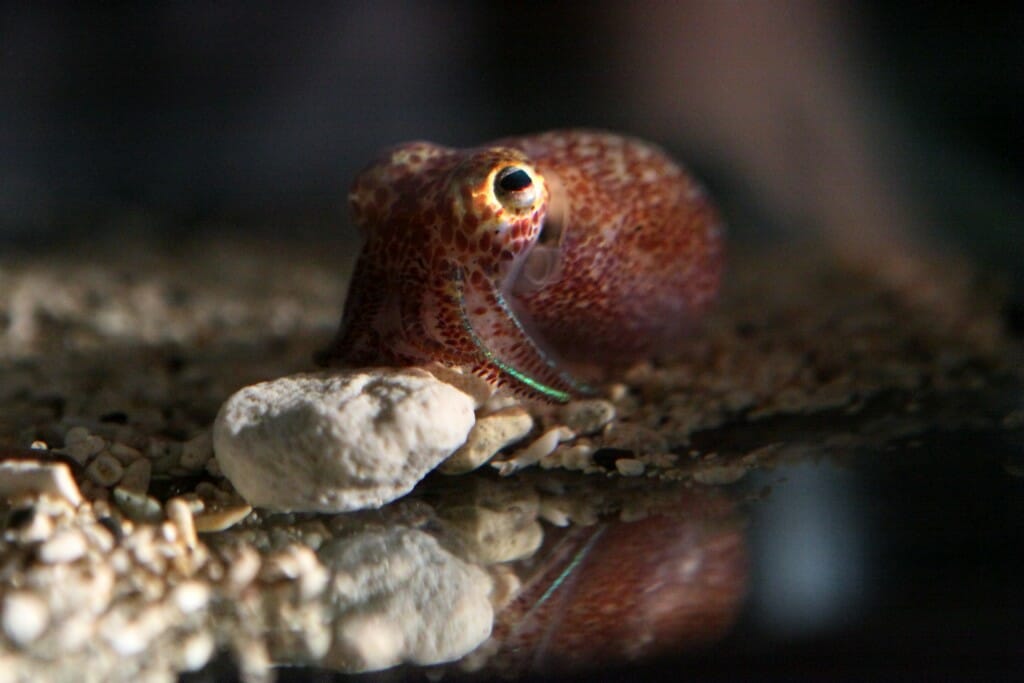 A lifelong relationship between Hawaiian bobtail squid and bacteria called Vibrio fischeri has made the diminutive partners a model for researchers studying symbiosis. Submitted photo

A tiny molecule found among microscopic bacteria living in a mutually beneficial partnership with golf-ball-sized squid may give scientists a lead on how the bacteria are able to act in concert as a helpful colony instead of millions of individual freeloaders.

The Hawaiian bobtail squid is a remarkable example of symbiosis. Inside a small organ on its underside, the squid harbors bacteria called Vibrio fischeri. Protected by its host’s body from predators and other dangers, the bacteria pay the rent by glowing with bioluminescence that camouflages the squid’s silhouette from its own predators. 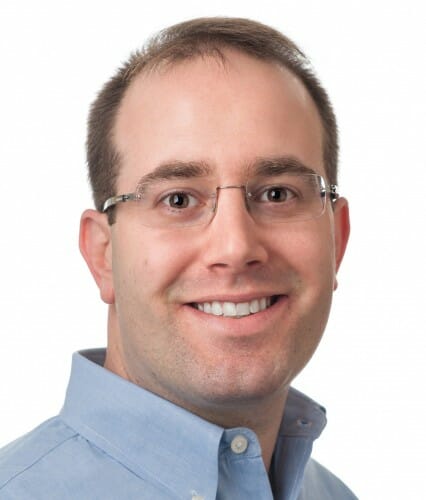 “This is the challenge that we really want to understand,” says Mark Mandel, a University of Wisconsin–Madison microbiologist who has been studying the squid-bacteria relationship for 16 years. “There are a million bacteria from thousands of species in every milliliter of ocean water. How is it, among this great diversity of bacteria, that the squid finds the Vibrio fischeri? And how does the Vibrio fischeri find its way into its host?”

In laboratories, the bacteria and squid buddies are models for microbes and hosts, and Mandel’s specific challenge stands in for a more general question: How do the many actors in a colony of microbes and a successful symbiosis coordinate to hit their marks?

In 2016, Mandel’s lab found a gene in Vibrio fischeri key to the regulation of biofilm, blankets of goo that shield communities of microbes from toxins in their environment and other dangers (like a bobtail squid’s immune system). The scientists discovered that if they made excess copies of the gene, the bacteria couldn’t colonize the squid. If they muted expression of the gene, the resulting mutant bacteria out-colonized the unaltered version.

In a new study published in the journal mBio, Mandel’s group and collaborators at the University of California, Santa Cruz and University of Illinois at Chicago describe a chemical, called diketopiperazine or DKP, found in abundance among variations of Vibrio fischeri that are good biofilm-makers (and thus good squid-colonizers). 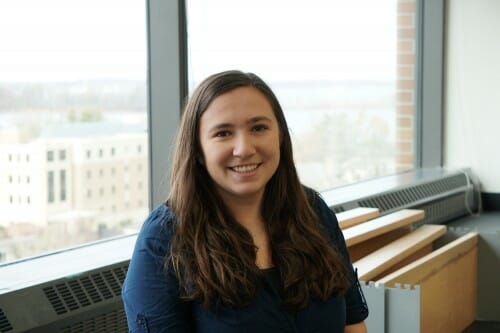 Denise Ludvik, a graduate student in Mandel’s lab, grew versions of the bacteria with amped-up biofilms in Madison and sent samples to UC Santa Cruz biochemist Laura Sanchez, who also worked on the project while at UIC. Sanchez used a technique called imaging mass spectrometry to identify the type and distribution of molecules in the samples. The scans revealed the diketopiperazine, a member of a family of molecules that has turned up before in studies of some types of pathogenic bacteria that infect human lungs and kidneys.

“This is what is actually happening in the animals, too,” says Ludvik, who provided Sanchez with samples taken from the lab’s squid, too. “DKP is also very high in the in squid in our lab, in Vibrio fischeri that successfully colonized their light organs.”

Medicinal chemist Terry Moore at UIC synthesized DKP for the researchers, and Ludvik added the compound to an array of lab-grown varieties of Vibrio fischeri.

“We saw a four- or five-fold increase in luminescence in the strain we regularly have in our squid,” says Mandel, whose work is supported by the National Institutes of Health. “But our home strain is actually relatively dim. When we added DKP to a strain that tends to be brighter in general, it increased luminescence as much as 40- or 50-fold.”

With roots in biofilm creation as Vibrio fischeri get organized in their squid hosts, and effects on light production later on in its symbiotic relationship, DKP looks like a lasting bacterial reminder.

“We think this is an important way for the early colonizing bacteria to sort of prime the pathway and signal to themselves later on,” Mandel says.

Decoding chemical communication between microbes could be useful in understanding how to find, monitor and even treat harmful colonizing bacteria, but the symbiotic relationship between Vibrio fischeri and the bobtail squid presents another layer of intrigue.

“What we’d like to do in the future is use the mass spectrometry technology as we have with DKP to look at the language between host and microbe and learn more about how microbes and hosts recognize each other for mutual benefit,” Mandel says. 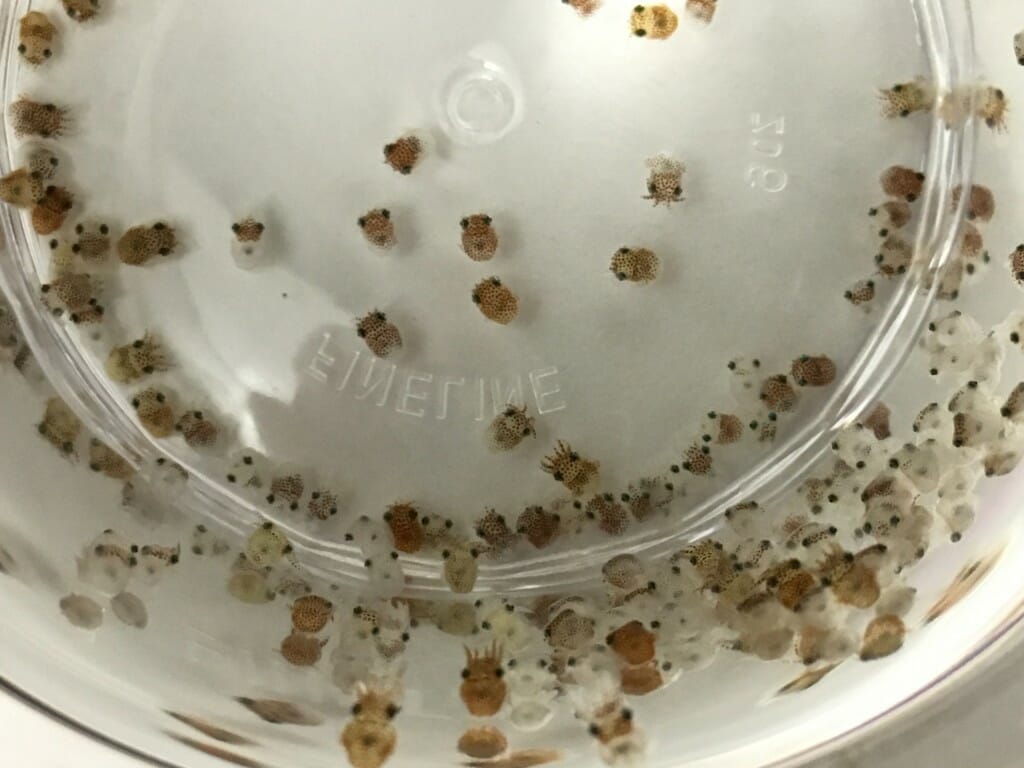 In the wild, tiny young Hawaiian bobtail squid like these and the one type of bacteria that can help it outwit predators need to find each other in a big ocean. Submitted photo