University of Wisconsin–Madison scientists have found that a constantly fluctuating environment can enable some species to invade new areas by helping them maintain the genetic diversity they need to settle into their new homes.

And once those invasive species arrive, adaptation can take surprisingly similar paths. Evolution can act on exactly the same genomic regions, even during independent invasions across widely separated populations and on opposite sides of a continent.

The findings could make future encroachments easier to predict, a huge priority since invasive species cause hundreds of billions of dollars in damage each year. And as climate change forces more species to move or perish, the ability to predict adaptability could help us understand which organisms will survive. 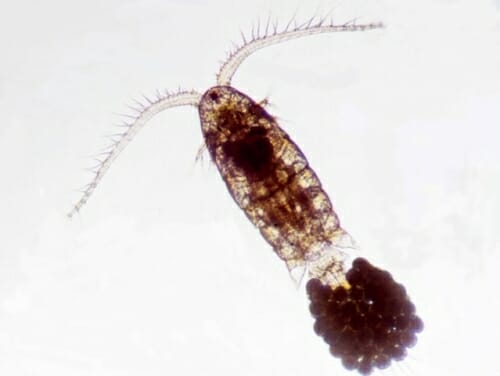 The copepod Eurytemora affinis is a small, ubiquitous crustacean found throughout the world’s oceans. It has also managed to invade freshwater lakes. Carol Eunmi Lee

Writing in Nature Ecology and Evolution on June 22, UW–Madison Professor of Integrative Biology Carol Eunmi Lee and postdoctoral researcher David Stern describe how a small crustacean from salty waters,  the copepod Eurytemora affinis, was able to invade the Great Lakes and other freshwater lakes.

In the estuaries that Eurytemora call home, fluctuations in the water’s salinity  drive a high level of genetic diversity among the copepod population, allowing them to survive changing conditions.  When the invaders reach fresh water, that genetic diversity helped them undergo natural selection, flourish and take over.

“Fluctuating conditions in the native range probably provide a major evolutionary force enabling species to invade a new habitat,” says Lee. “This is not a principle just for this one copepod, but it probably also explains why a large portion of invasive species in the Great Lakes are coming from brackish water habitats with fluctuating conditions.”

Lee and Stern studied Eurytemora populations from two widely separated locations: the St. Lawrence Estuary in Quebec and the Gulf of Mexico near Texas and Louisiana. Each has gone on to invade freshwater lakes, either the Great Lakes or inland lakes upstream of the Gulf. The researchers sequenced the genomes of hundreds of copepods to investigate how they made the jump from salt water to fresh water. 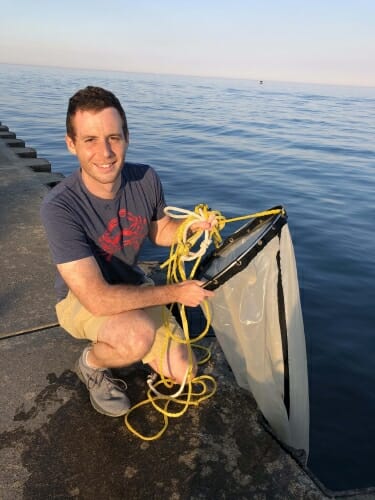 “We looked for those genetic changes that were the same across these different independent invasion events,” says Stern.

Where these two different populations in different locations experienced the same genetic changes, it was evidence of what’s known as parallel evolution. In the case of the copepods, the two populations experience 29 times more parallel evolution than expected if it were up to chance alone, at least in places of the genome related to salinity tolerance. That trend also held across broader regions of the genome.

The researchers then investigated how populations of Eurytemora separated by thousands of miles could retain enough genetic similarity to promote this degree of parallel evolution. Lee and Stern found that the genes that underwent parallel evolution had experienced balancing selection at home. Balancing selection promotes the maintenance of diverse alleles — variants of genes — to handle different conditions.

For Eurytemora, seasonal changes in salinity have selected for variation in genetic traits that help the crustacean survive a wide range of conditions. When the copepod made it to fresh water, it could rely on that genetic diversity to adapt to its new home. 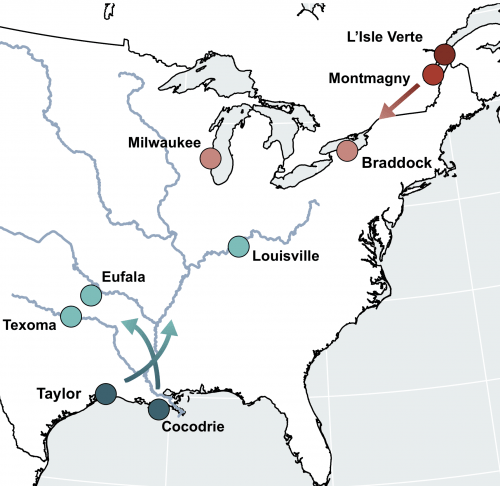 The researchers studied small crustaceans known as copepods that hail from the St. Lawrence Estuary and the Gulf of Mexico (dark circles) and have invaded the Great Lakes or other inland lakes (light circles), during which they had to evolve to adapt to freshwater. David Stern and Carol Eunmi Lee

Most of the genomic regions that changed to adapt to fresh water have unknown functions. But the researchers spotted a string of genes molded by parallel evolution with clear ties to changing salinity. One region with seven copies of an ion transporter, which can control how much sodium is pumped into a cell, had the highest density of parallel evolution in the copepod genomes.

“We expected that ion transporters would play a big role,” says Lee. “It’s going to be the number one thing that you have to do when you get to fresh water, is start pumping more ions into the cell.”

The researchers believe that balancing selection likely explains a number of other invasions, especially in the Great Lakes. Other invaders, like zebra and quagga mussels, also hail from areas that experience fluctuations in salinity. As long as the environment regularly changes on a time scale longer than reproductive cycles and across generations, balancing selection — and subsequent invasion — is possible.

“Balancing selection might be a widespread evolutionary force that predisposes certain populations to evolve when they encounter evolutionary environmental change,” says Lee.