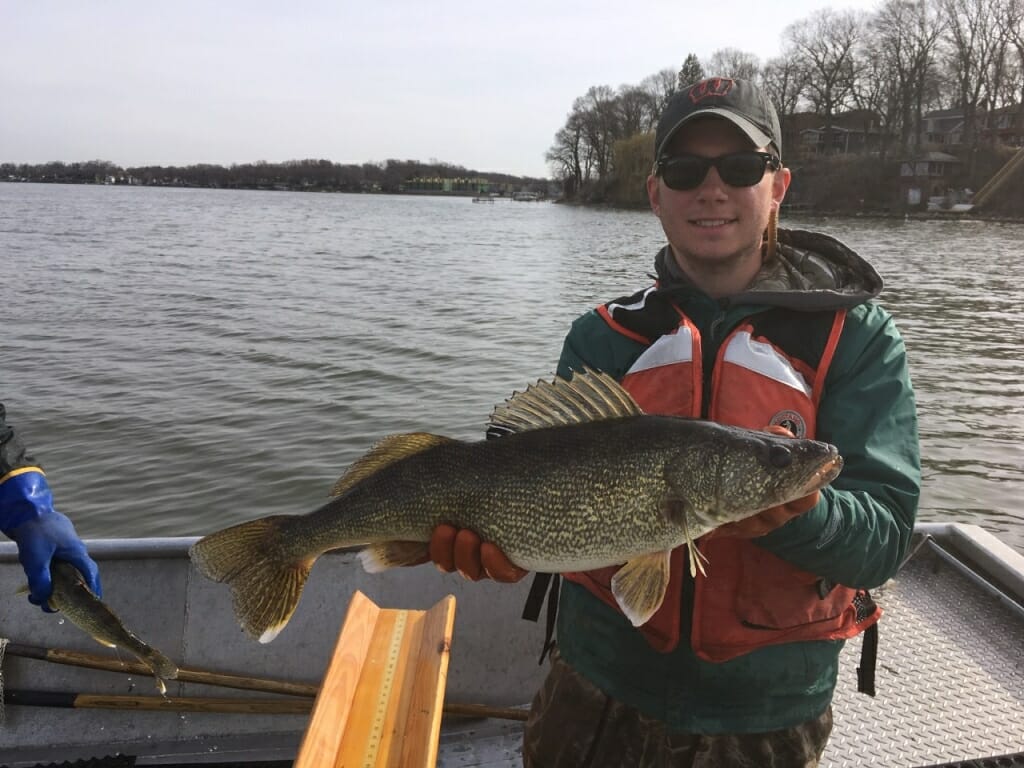 Over the last few decades, walleye in Wisconsin have been on a downward trend. As lakes in the upper Midwest warm due to climate change, this cool-water species has found itself with less habitat in which to thrive. Add in factors like lakefront development and loss of shoreline habitat, and the iconic fishery isn’t what it used to be.

Despite this decline, the fish remains as popular as ever with anglers. Though they are catching fewer individual fish than before, the percentage of walleye that state and tribal resource managers allow to be harvested each year has stayed about the same.

Given the cultural and economic importance of this inland fishery, it’s time to reassess current regulations, says University of Wisconsin–Madison Center for Limnology graduate student, Holly Embke, lead author of a study published this week [Nov. 18, 2019] in the Proceedings of the National Academy of Sciences. It finds that “40 percent of walleye populations are overharvested, which is ten times higher than the estimates fisheries managers currently use,” she says. 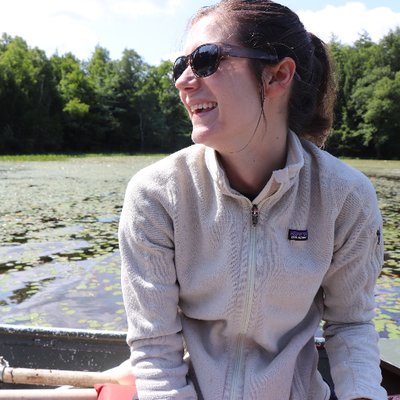 A big reason for this “hidden overharvest,” says Embke, is that, for the last 30 years, resource managers have focused on fish abundance and not fishery productivity when calculating harvest limits.

In the late 1980s, after a U.S. District Court judge ruled that federal treaties gave Ojibwe tribes the right to hunt and fish in their former territories, the Wisconsin Department of Natural Resources (DNR) and the Great Lakes Indian Fish and Wildlife Commission were tasked with working together to set sustainable harvest limits on walleye for both recreational and tribal fisheries.

These fisheries today consist of more than 1 million recreational anglers who account for about 90 percent of the total annual harvest on the state’s 900 “walleye lakes.” The other 10 percent comes from the 450 tribal members who spear walleye on roughly 175 lakes each spring.

Using the best available science at the time, the agencies developed a management plan based on fish abundance. They used adult walleye population estimates to set regulations that ensured a maximum harvest amount of 35 percent of the adult walleye in any given lake. The average exploitation rate for walleye stocks is closer to 15 percent, so the agencies assumed these regulations were sufficiently conservative to be sustainable.

These regulations “worked for a long time,” says co-author Steve Carpenter, director emeritus of the Center for Limnology, “and then they stopped working. Over the last couple of decades, there began to be walleye recruitment failures scattered around the state.”

In these last few decades, annual walleye production in many of the state’s lakes has declined by 35 percent. On top of that decline, walleye stocks now take one and a half times longer to replenish themselves than they did in 1990. 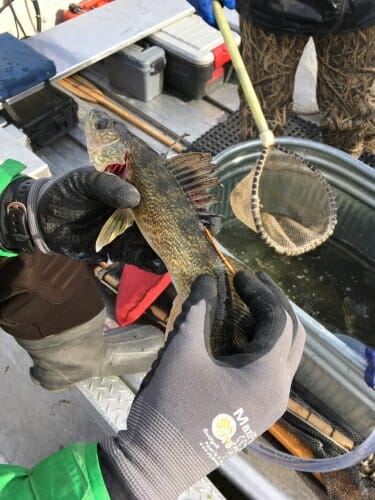 So, Embke and her colleagues set out to better understand other factors fisheries managers might consider when setting harvest rules. By focusing on production, they hoped to get a clearer picture of how well populations withstand fishing pressure and continue to reproduce and grow.

“We wanted to take a more nuanced approach and ask not only how many fish are in a lake but also consider how fast they’re growing, how big they are, and how many are produced every year,” she says.

One way to think of it, Embke says, is in terms of a bank account. “Abundance tells you the money in the bank while production tells you the interest rate,” she says.

In other words, if you start taking more money out of your account than the interest rate contributes each year, your savings shrink. Do this several years in a row, and those annual withdrawals begin to have an outsized impact on what little money is left in the bank.

Using data that state and tribal researchers had already collected, Embke and her colleagues calculated how walleye biomass had changed over a 28-year period in 179 lakes. Measuring biomass is akin to throwing all of the walleye in a lake on a scale and recording the overall weight. Production is a reading of how much biomass grows each year, an indication of a population’s ability to replenish its losses.

By comparing walleye production to the total fishery harvest in these study lakes, they found that overharvest is ten times higher than the 4 percent estimates generated when fisheries managers consider abundance alone.

What’s more, Embke says, the study found great variation in walleye production from lake to lake. Some lakes remain walleye strongholds and can handle current fishing pressures, while others can’t sustain even current average harvest rates of 15 to 20 percent, much less the 35 percent harvest benchmark.  By considering production, fisheries managers may be better equipped to set limits for individual lakes.

These results, the researchers write, “highlight the urgent need for improved governance, assessment, and regulation of recreational fisheries in the face of rapid environmental change.”

“Nature has changed,” says Carpenter. “The climate now is different from what it was in the 1980s and it’s not going back. That means habitat is decreasing and, on average, walleye stocks can’t take the harvest levels they have seen.”

The good news, he says, is that the data fisheries managers already collect can be plugged in to Embke’s method for estimating production and help chart a way forward. By better understanding the resilience of Wisconsin walleye populations and by acknowledging the role that anglers play in reducing stocks, the future of this iconic fishery just may have a fighting chance.