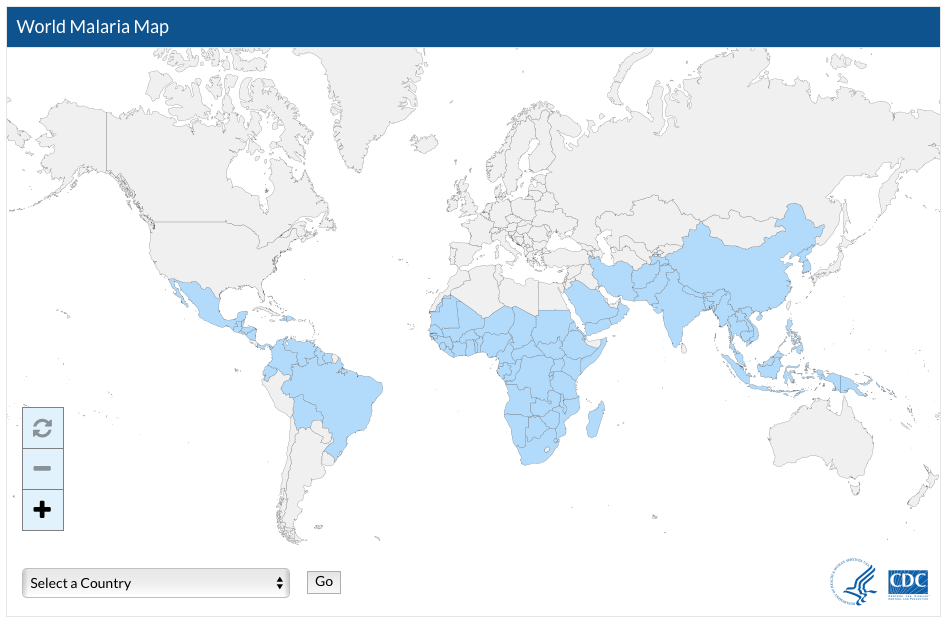 Malaria is present in at least parts of the nations marked blue. Centers for Disease Control and Prevention

Proposals to fight malaria by “driving” genes that slow its spread through mosquitoes is a high-risk, high-reward technology that presents a challenge to science journalists, according to a new report aimed at stimulating a fruitful, realistic public discussion of “post-normal” science and technology.

Post-normal science is a new term for technologies where the usual expertise is not enough to evaluate costs, benefits and safety.

A debate on a technique to control malaria with genetic manipulation could spark the kind of polarized arguments that persist decades after the introduction of genetically modified (GM) corn, soy and cotton. 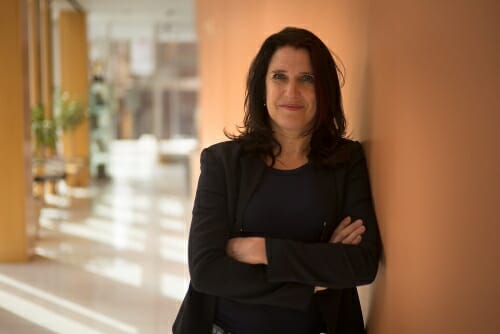 Inhibiting malaria could reduce the toll of death and disease. The World Health Organization estimated that the mosquito-borne parasite caused 429,000 deaths among 212 million cases in 2015.

The new technology of “gene drives” raises the ante on existing uses of GM organisms, says Dominique Brossard, corresponding author of “Promises and Perils of Gene Drives,” published this week in the Proceedings of the National Academy of Sciences.

Brossard’s scholarship occurs at the intersection of science, media and policy. She chairs the department of life science communication at the University of Wisconsin–Madison.

Advocates of “gene drives” propose to battle malaria by creating and distributing genetically engineered mosquitoes that prevent them, and their offspring, from transmitting malaria. One tactic could rely on genes that cause the insect’s immune system to kill malaria parasites.

Beyond diseases carried by vectors, the technology might be applied to reducing populations of invasive species.

Other examples of post normal science include two areas currently in the headlines: climate change and human gene editing. News of the birth of two babies from an embryo that was supposedly subjected to gene editing highlights the need to discuss post-normal technologies, Brossard says. “I would characterize this case as illicit, unregulated, unproven, questionable, unnecessary… and perhaps a harbinger of the future.”

The new analysis grew from the Third Sackler Colloquium on The Science of Science Communication, and was performed by Brossard, Pam Belluck, a science journalist at The New York Times, and Fred Gould, a professor of agriculture with a specialty in entomology at North Carolina State University.

“Our aim,” the authors write, “is therefore to use our collective experiences and knowledge to highlight how the current debate about gene drives could benefit from lessons learned from other contexts and sound communication approaches involving multiple actors.”

Existing regulations on the release of genetically engineered organisms were “developed for crop plants and animals that typically don’t spread on their own in the environment,” Brossard’s group notes.

“If something stays in the lab for a long time, there may be time for discussions about regulation, but now science gets out so fast that the capacity for society to deal with it may lag behind.”

But even though genetic engineering is now deeply embedded in corn, soy and cotton planted on hundreds of millions of acres, those crop seeds are not to be replanted, and so the novel genes are not supposed to spread.

In gene drives, however, success depends on having the GM genes spread broadly in target populations. Thus, gene drives are fraught with a panoply of hazards, real or false, predicted, unpredicted or unimagined.

Part of the difficulty emerges from the accelerating pace of science, Brossard says. “If something stays in the lab for a long time, there may be time for discussions about regulation, but now science gets out so fast that the capacity for society to deal with it may lag behind.”

And in the social-media era, headlines – scary or promising, accurate or otherwise – instantly rocket around the world.

The issue of gene drives has become even more pertinent with the advent of a fast, precise “gene editing” tool called CRISPR. “We found that efforts to drive genes into wild mosquitoes or other organisms are both exciting and scary,” the PNAS authors wrote.

A cautionary example about the perils of “post-normal” science surrounds the introduction of genetic engineering technology more than 40 years ago. The new technology seemed threatening, even to some insiders, and scientists voluntarily suspended research in 1975, then held a conference at Asilomar, Calif., to discuss safety limits.

Asilomar is sometimes cited as a success, yet controversy persists over releases of GM organisms. “Asilomar was a great example of an issue that was not approached with what we call the post-normal paradigm,” says Brossard. “It was approached as ‘Scientists know the best way to move forward,’ and that is responsible to some extent for what we see today, a very polarized view about GM organisms. As a result, some of the African countries that need them most are not always able to use them.”

Given that cautionary history, she says, “This is our warning: Let’s be careful not to make the same mistake. We need to consider social, ethical and economic dimensions; it’s not only the technical aspects of the technology that matters when you think risks and benefits.”

Gene editing, gene drives and other impending post-normal technologies offer a chance for a do-over, Brossard says. “Can we develop a middle ground for assessing the situation? How could this technology be useful? What would it mean to use this responsibly? What are its risks and for whom?”

One sign of progress, Brossard says, “would be the absence of something we had in the GM debate, two extremely vocal, polarized sides. GM crops are not a magic-bullet technology that is going to save the world – or destroy it, either. All technologies have risks and benefits, and genetic engineering is the same. It still needs regulation.”

Smart regulation is accepted with older innovations, Brossard says. “Automobiles are a powerful technology. If we did not have traffic laws, if people did not know how to drive, autos could lead to catastrophe, but with smart regulation, they are a highly useful technology.”

In the context of gene drives and other post-normal technologies, Brossard says, “We need to stop saying, ‘We need to promote meaningful dialog.’ We need to actually go out and do it.”