‘Voterpalooza’ to prepare for presidential primary 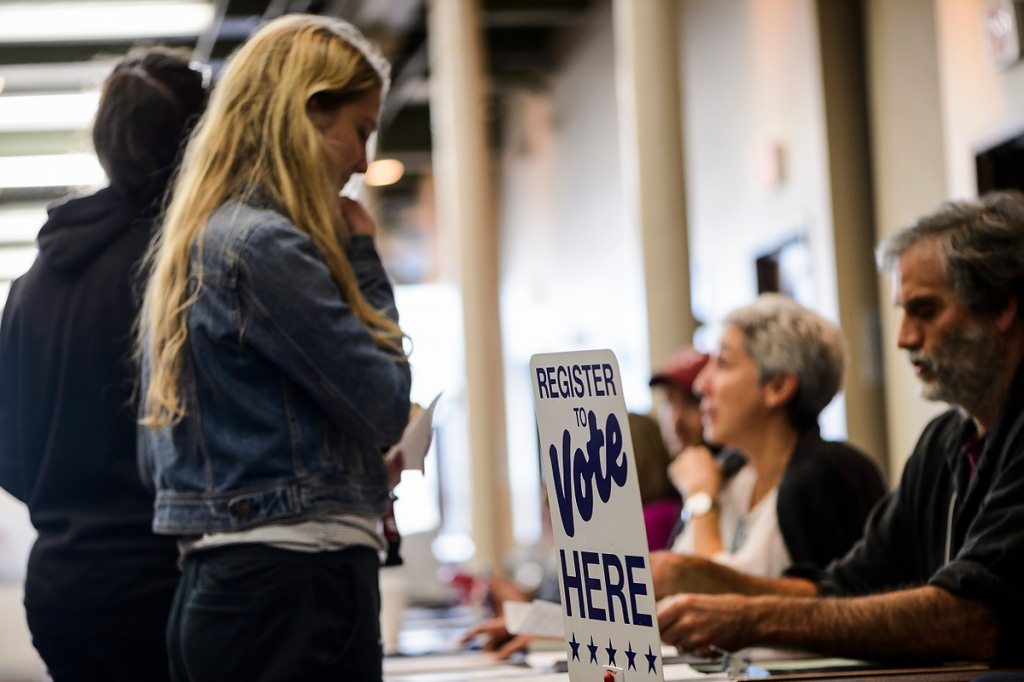 Many UW–Madison students will get their first chance to vote for a presidential candidate on April 7, and campus is gearing up for it.

It starts with Associated Students of Madison’s “Voterpalooza” event on Friday, March 6. Students can register to vote from 11:30 a.m. to 3:30 p.m. at Union South, Library Mall, and East Campus Mall. The event offers music and hot chocolate along with a poster where students can write why voting matters to them.

“Voterpalooza will be a great kickoff to campus-wide efforts to promote civic engagement before the April primary,” said student Katie Malloy, chair of ASM’s Legislative Affairs Committee. “We hope that the event will energize students and continue building on the momentum from the midterms to reach even higher turnout during this election cycle.”

On the ballot in the April 7 election will be primary candidates for president. Wisconsin has an open primary, meaning you don’t need to be affiliated with a political party to vote in its primary. You merely choose your preferred Democratic or Republican candidate.

In addition, there will be a race for an open Wisconsin Supreme Court seat, as well as several nonpartisan local municipal, school and judicial offices.

The remaining elections this year are the Fall Primary on Aug. 11, and the Presidential Election on Nov. 3.

“We are fortunate to have so much excitement around the presidential campaign here in Wisconsin. It offers a unique learning opportunity for all of us,” said Kathy Cramer, political science professor and chair of the Badgers Vote Coalition, which promotes voting on campus.

The University of Wisconsin–Madison is once again taking part in the Big Ten Voting Challenge this year, competing against Big Ten rivals for the best voter turnout and most improved turnout in the Nov. 3 presidential election. In 2018, UW had the second highest turnout in the Big Ten. While the earlier elections won’t count in the competition, the Badgers Vote Coalition is seeking strong turnout and registration in those as well.

Here are a few important things to know about voting:

– You must be eligible to vote.

– You must be registered. If you’ve moved to a new address, you need to re-register.

– You need proper ID. Your Wiscard is not valid for voting purposes. Acceptable forms of identification include a valid Wisconsin driver’s license, Wisconsin state ID, U.S. passport, U.S. Uniformed Services card, Veterans Affairs ID, tribal ID or Certificate of Naturalization. The address on your ID does not matter; the purpose of presenting your ID at the polls is to prove your identity. If you don’t have any of those, you can obtain a free UW–Madison voter-compliant ID card at the Wiscard office in Union South and present that at the polls together with a Voter Enrollment Verification Letter (printed or on a mobile device).

– You can vote early on campus. From Monday, March 30, to Friday, April 3, Madison residents can vote early at Union South and Memorial Union from 2 p.m. to 6 p.m. daily; and at the Student Activity Center and the Health Sciences Learning Center from 10 a.m. to 3:30 p.m. daily. In addition, you can vote on Sunday, March 29, at Union South and Memorial Union from 10 a.m. to 2 p.m. On Election Day you must vote at your assigned polling place.

There are many more ways for you to be involved. To learn more, reach out to the Morgridge Center for Public Service, ASM student government or the Wisconsin Union Directorate Society and Politics.

Other Madison voting sites are here.