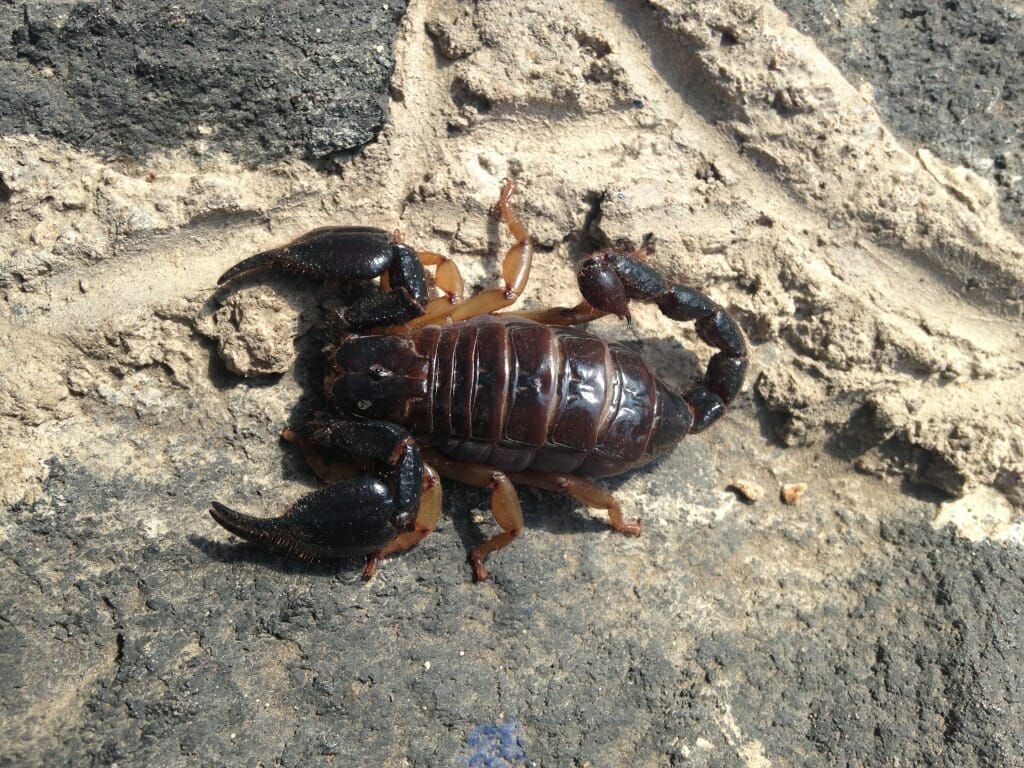 The scorpion Kolotl magnus from Guerrero, Mexico. UW–Madison scientists have made a fresh attempt to untangle the scorpion family tree using not the shape and structure of the arachnids’ bodies, but the shape of their venom. Carlos Santibáñez-López

As a child growing up in Mexico, Carlos Santibáñez-López feared the scorpions that would often decorate the walls and ceilings of his home in search of a warm place with plenty of food.

So when a college project sent him to collect scorpions at night using a blacklight, he decided to face his dual fears of scorpions and the dark.

“And I did it and I loved it,” says Santibáñez-López, a postdoctoral researcher at the University of Wisconsin–Madison.  “When you see a scorpion glowing under a blacklight, it’s amazing. I just got hooked instantly.”

As he began studying scorpions in depth, Santibáñez-López came to learn that the scorpion family tree was a tangled mess. Scientists concentrated their work on a handful of species dangerous to humans, often neglecting the full diversity of some 2,400 species of scorpions. And the scorpions’ remarkably similar body plans — normally the way to distinguish species from one another — muddled things further.

In new work with UW–Madison Professor of Integrative Biology Prashant Sharma, Santibáñez-López has made a fresh attempt to untangle the scorpion family tree using not the shape and structure of the arachnids’ bodies, but the shape of their venom.

By predicting the three-dimensional shape adopted by the venom molecules of dozens of scorpion species, Santibáñez-López and Sharma have identified a split going back to the common ancestor of today’s scorpions. One branch adopted a slightly narrower venom. The other branch’s venom is rounder. The distinct forms also underlie the venom’s function: each shape has its own molecular targets in prey.

It’s the first time that the shape of molecules has been used in place of anatomy to organize evolutionary relationships, suggesting new ways to disentangle the many complicated family trees found throughout nature. 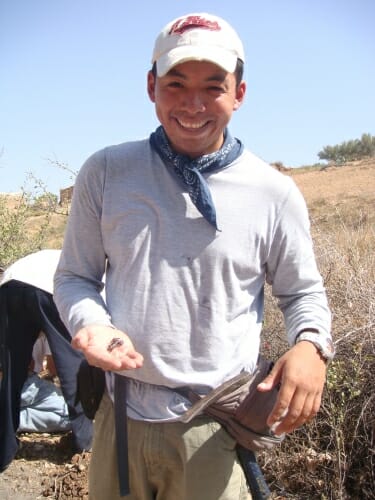 The work is published Nov. 14 in the journal PeerJ. Sharma and Santibáñez-López collaborated with researchers in the UW–Madison Department of Botany and at the University of North Carolina at Charlotte.

The researchers used genomic sequences from 55 scorpion species and more than 3,000 genes to construct a preliminary family tree. The tree recreated major findings from work Sharma performed in 2015, showing two main branches stemming off of the common ancestor of today’s scorpions: the Buthida and the Iurida.

But genomic sequences never tell the whole story. Other characteristics, usually anatomical structures, can help determine if the DNA is telling the truth.

“One of the things we were lacking to support the tree was something morphological,” says Sharma. “But scorpions all basically look the same. They’re often referred to as ‘living fossils’ because of how little they’ve changed since they first evolved.”

So Santibáñez-López and Sharma turned to the scorpions’ venom, one of the arachnids’ defining characteristics. Using the known structure of one scorpion venom molecule as a scaffold, the researchers predicted the shapes of 41 different venoms from across the scorpion family tree. 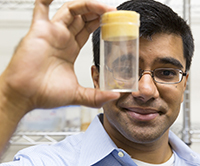 They found that the Iurida venom resembled a three-dimensional jigsaw puzzle piece, while the Buthida venom was much more spherical. These distinct shapes supported and recreated the family tree developed from genomic sequences, providing a physical underpinning that the indistinguishable anatomy of the scorpions simply couldn’t.

“We’re applying techniques developed for anatomical data and bringing it down to the molecular level,” says Sharma.

The researchers also found that these venoms have changed extraordinarily little over the eons — some 300 million years of evolution. This conservatism is evidence that the venom’s shape has been constrained by the consistency of molecular targets in their prey, where the venom disrupts nerve cells.

Because the shape of the venom carries information about its function in prey, Santibáñez-López and Sharma believe similar approaches could help predict how much of a threat particular species pose to humans — which would beat Santibáñez-López’s painful, real-world experience separating the mild from the severe stings.

“You get to know which ones you can handle with your hands,” he says.