Study reveals interplay of an African bat, a parasite and a virus 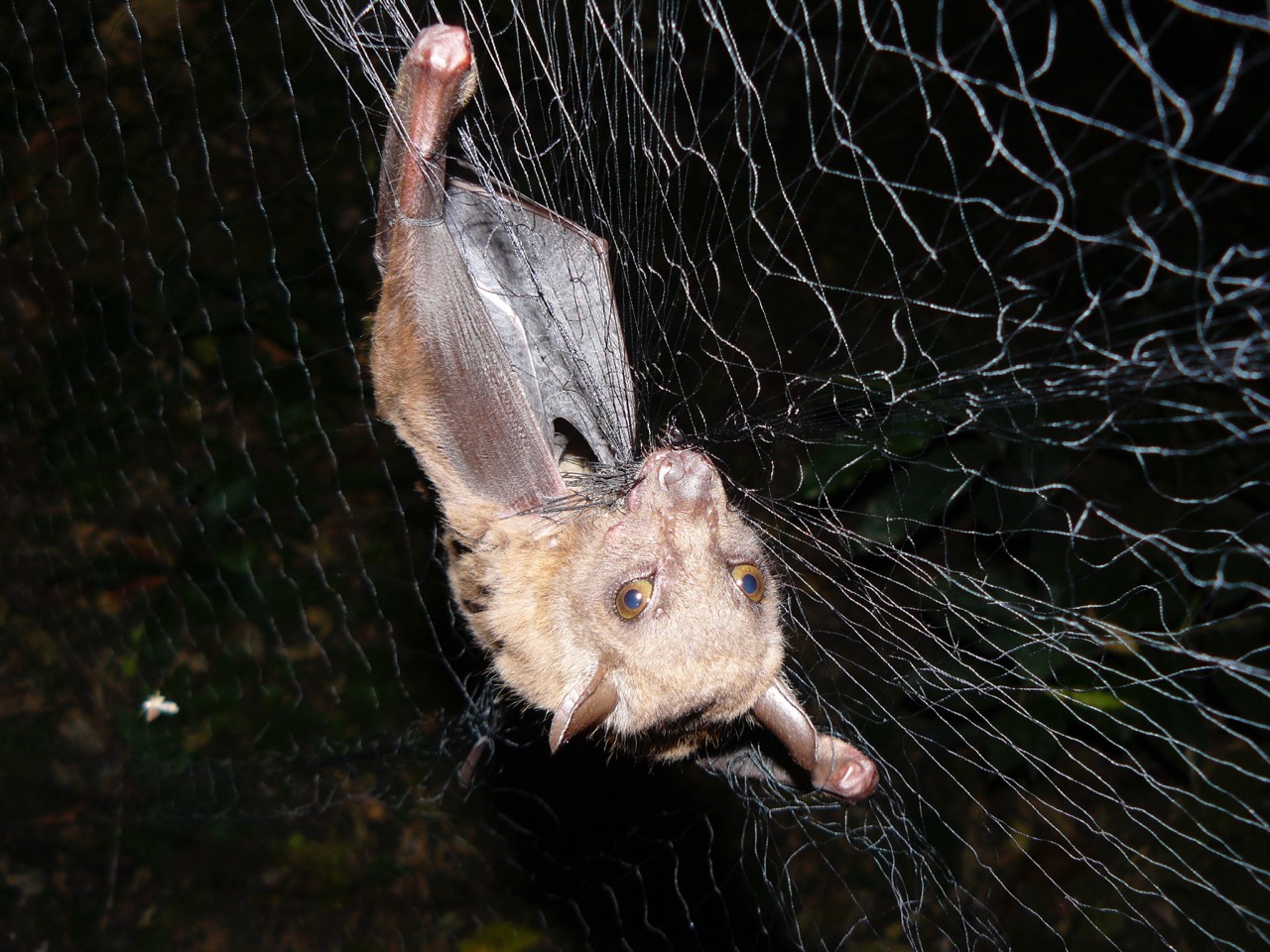 A forest bat netted in Uganda. The bat hosts a parasite – a large wingless, eyeless fly – that in turn seems to be host for a newfound virus. New work from the University of Wisconsin–Madison is helping unravel the ecological interplay of important pathogens and their hosts. After testing, the bat was released unharmed. (Courtesy Tony Goldberg)

If there is anything scientists are certain of when it comes to bats and their supposed role in causing human disease, it is that they still have a lot to learn.

Aside from well-established things like rabies virus, SARS coronavirus (the virus that causes severe acute respiratory syndrome) and Marburg virus (an extremely dangerous but rare hemorrhagic fever pathogen), bats appear to carry a plethora of other germs with unclear, if any, effects on human health.

And even some commonly believed bat paradigms may be incorrect. For example, some speculate that bats play a role in the transmission of Ebola simply because Ebola and Marburg are related pathogens. But scientific evidence to support such speculation is scant, at best.

A lack of evidence that bats are key reservoirs of human disease has not prevented their vilification or efforts to exterminate bat colonies where threats are presumed to lurk.

“The fact is that they provide important ecosystem services — insect control, pollination and seed dispersal, to name a few — and we want them around,” says Tony Goldberg, a University of Wisconsin–Madison epidemiologist and virus hunter. “But bats are also increasingly acknowledged as hosts of medically significant viruses. I have mixed feelings about that.” 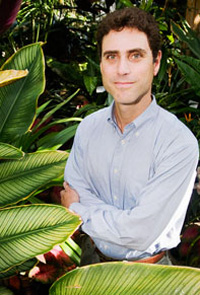 To better understand the dynamics of bats and potential threats to human health, Goldberg and his colleagues explored the relationship of an African forest bat, a novel virus and a parasite. Their work, described in a report published July 13 in Nature Scientific Reports, identifies all three players as potentially new species, at least at the molecular level as determined by their genetic sequences.

Many viral pathogens often have more than one or two hosts or intermediate hosts needed to complete their life cycles. The role of bat parasites in maintaining chains of viral infection is little studied, and the new Wisconsin study serves up some intriguing insights into how viruses co-opt parasites to help do the dirty work of disease transmission.

The parasite in the current study is an eyeless, wingless fly, technically an ectoparasite. It depends on the bat to be both its eyes and wings. And it plays host to a virus, as the current study shows. For the virus, the fly plays the role of chauffeur. “From a virus’s perspective, an ectoparasite is like Uber. It’s a great way to get around — from animal to animal — at minimal expense and effort,” Goldberg explains.

The bat in the study belongs to the megabat suborder. It is a fruit bat and was trapped, tested and released by Goldberg’s colleague and study co-author Robert Kityo of Uganda’s Makerere University in Kampala.

The bat fly, according to the new study, was infected with a newly discovered rhabdovirus dubbed Kanyawara virus, a distant relative of the rabies virus. “These things were chock-full of the virus,” says Goldberg, a professor of pathobiological sciences at UW–Madison’s School of Veterinary Medicine. That said, he adds that “we don’t know if this virus is transmitted beyond the ectoparasite. We couldn’t find it in the bat. Maybe it is an insect virus.”

“Bat flies bite people if given the chance,” Goldberg says of the parasite, which he described as “shockingly large, leggy and fast — a parasite from hell.”

The report published this week notes that rare cases of human infection with bat-associated viruses remain enigmatic. The study cites the 1969 case of a British dockworker bitten by an unknown insect while unloading peanuts from Nigeria, and who was subsequently infected by Le Dantec virus, a relative of the virus Goldberg and his colleagues found in abundance in the bat flies they sampled. “Was the dockworker bitten by a bat fly? We’ll never know.”

The subtext of the research, according to Goldberg, is Ebola and the ecology of disease. Scientists are beginning to understand that serious pathogens like Ebola and SARS don’t come out of nowhere. They are already lurking in the environment, and the leap from an animal to a human can be just a matter of time and an organism’s ability to shift from one host to another.

“The big picture relevance of the research is that if we’re going to understand the diversity of viruses in the world, we need to look in unusual places,” Goldberg says. “We have a lot to learn about the basic distribution of species on the planet.”

This work was funded in part by United States National Institutes of Health grant TW009237 as part of the joint NIH-NSF Ecology and Evolution of Infectious Diseases program, the Natural Sciences and Engineering Research Council of Canada, the National Geographic Society, and by the University of Wisconsin–Madison John D. MacArthur Fellows Program. This work was also supported in part through Battelle Memorial Institute’s prime contract with the NIAID under Contract No. HHSN272200700016I.