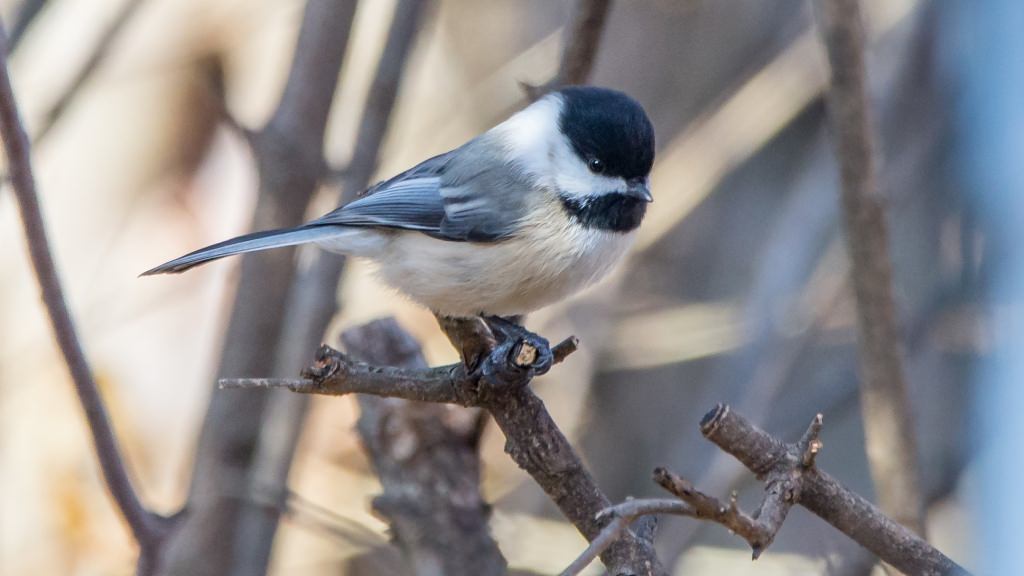 UW-Madison researchers studying forest microclimates show that these refuges may mean the difference between life and death for chickadees and their overwintering songbird kin. Photo © Jim Bauer

The polar vortex of 2013 and 2014 brought the coldest winter many parts of the Midwest had experienced in decades. In Dane County, Wisconsin, it was the coldest it had been in 35 years.

By coincidence, that same winter, University of Wisconsin–Madison graduate student Christopher Latimer was gathering data in fragments of forests and woodlots throughout the county. He wanted to know whether these forest “islands” created their own unique climates — microclimates — and what that could mean for overwintering birds like the black-capped chickadee.

In a recent study in the journal Ecography, Latimer and his co-author and advisor, UW–Madison forest and wildlife ecology Professor Ben Zuckerberg, show that these forest refuges may mean the difference between life and death for chickadees and their overwintering songbird kin.

“All our predictions about climate change, from shifting temperatures to altered precipitation, play out over small-scale differences in microclimate, and they can be just as big as global climate,” Zuckerberg says.

For example, Latimer and Zuckerberg found the microclimate variability was so high within the 30-mile study area — which they call the “fragmentation gradient” in recognition of the mosaic nature of wooded areas in Dane County — that a bird living in one part of the study area might experience a climate similar to Chicago while another might experience conditions more like those found in Minneapolis–Saint Paul, 400 miles to the northwest. 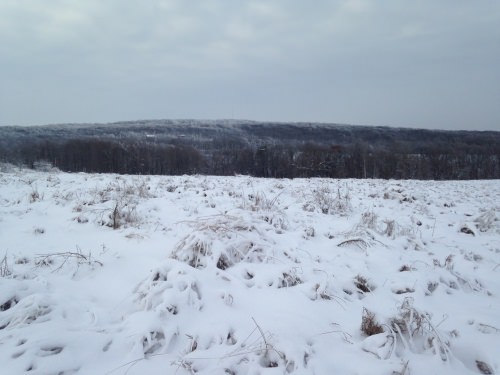 A winter landscape in Blue Mounds, Wisconsin, one of the areas included in a recent study of microclimates and the refuge that forested areas provide for birds trying to survive cold winters. Photo: Christopher Latimer

Overall, they found that forests at slightly higher elevations, with more trees, and those closer to urban centers, provide warmer conditions for birds trying to survive frigid winters in southern Wisconsin. This is important, Latimer and Zuckerberg say, because chickadees must double the amount of energy they expend to keep warm when temperatures dip below minus 18 degrees Celsius or about zero degrees Fahrenheit.

To gather data, Latimer placed 68 devices that measure and record both light and temperature in 12 forested woodlots throughout Dane County. He hung the sensors from trees, about 1.5 meters from the ground, randomly located throughout the woods so they were at varying distances from the forest edges. Between December 2013 and February 2014, the sensors collected data every 30 minutes.

The Wisconsin researchers also assessed the vegetation within each woodlot because how much light — and therefore energy in the form of solar radiation — the forest holds via vegetation each day and releases each night might influence temperature. They estimated the density of the trees, measured tree width around each sensor, and calculated how far each sensor was from the edge of the woods. The team also measured relative elevation of the woodlot compared to a point just beyond it, the size of each forest patch, and also the distance to the nearest urban center. 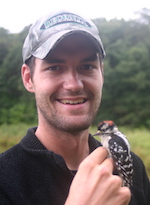 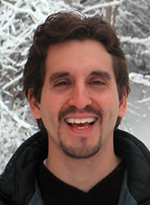 “When we talk about climate change we tend to think of climate in the absence of land use,” Latimer says. “But the landscape has an influence on the magnitude of the climate effect and can exacerbate or mitigate it, impacting the spatial and temporal refuges available to certain species.”

The researchers also compared their data to those gathered at local weather stations and predicted by accepted models. Weather stations are often located in open, flat regions and do not necessarily capture what’s happening on a smaller scale in more wooded areas.

“We wanted to know how well current methods are capturing local conditions,” says Latimer. “More than half of terrestrial biota (life) lives under forest canopies, and standard weather stations are not good at capturing below the canopy.”

The study revealed that temperatures within the forest fragments were consistently warmer than climate models indicated and thus are not reflecting microclimates that are biologically significant to some species. Chickadees could experience a 40 percent reduction in survival in months with five or more days below minus 18 degrees Celsius, their energy-for-survival temperature threshold. While weather stations recorded 55 cumulative days below that temperature during the study period, the forest island sensors measured just 32 such days.

Forest fragments closer to urban centers were also found to be warmer, likely due to the urban heat island effect. Full of concrete and asphalt, temperatures in cities are often higher than in their nonurban, more vegetated counterparts. This, Latimer and Zuckerberg say, means having natural areas within and close to cities can provide “stepping stones” for southerly, less-cold-adapted birds surviving the winter months.

The researchers were most surprised to find that woodlots at higher elevations were warmer, which they say is likely due to a phenomenon called cold pooling, in which cooler air settles in lower-lying areas.

An example of this, Latimer says, can be seen in early spring on golf courses. The grass may be bare but there is still snow in sand traps because the cold air collects in the concavity. 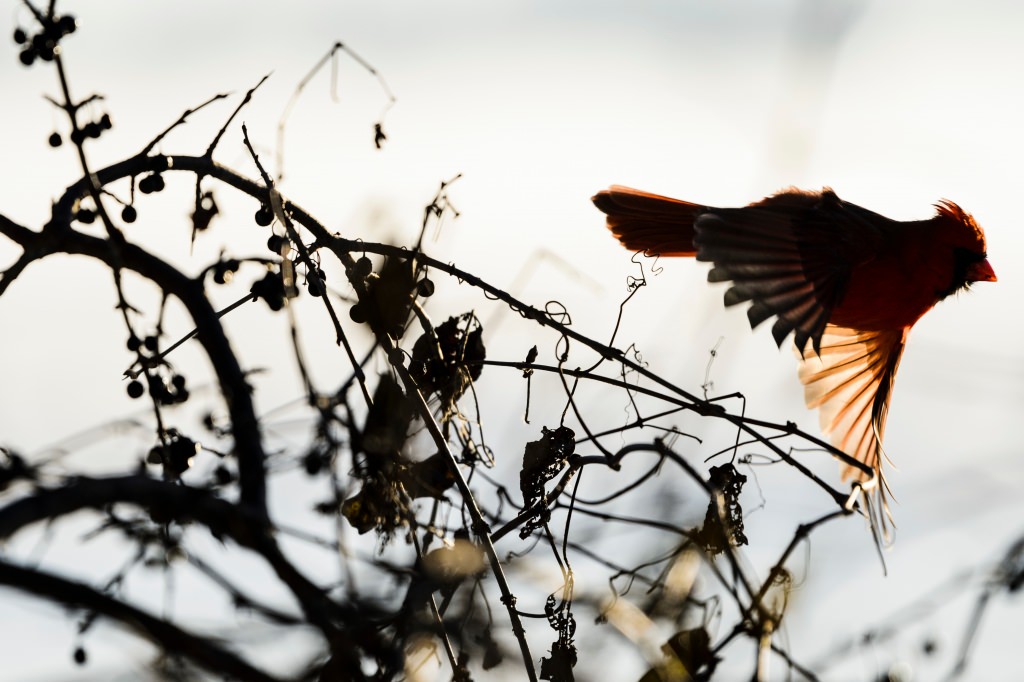 A cardinal takes flight while foraging for bush berries during winter along the Picnic Point shoreline on the UW–Madison campus. Photo: Jeff Miller

Altogether, the study shows that forests matter for species seeking refuge from harsh climates. Fragmented forests, however, are less effective at dampening climate extremes, Latimer and Zuckerberg say, because they leak energy from their edges into the surrounding landscapes. This could intensify the energy costs for chickadees and other wintering species.

With the new data, “land managers can monitor for certain species in terms of microclimate management,” says Zuckerberg, “and work to have less fragmentation, different vegetation, or locate refugia or parks in places that promote species survival.”

The study was funded by the National Institute of Food and Agriculture; the U.S. Department of Agriculture, Hatch Project; and the Wisconsin Department of Natural Resources Citizen-based Monitoring Partnership Program.