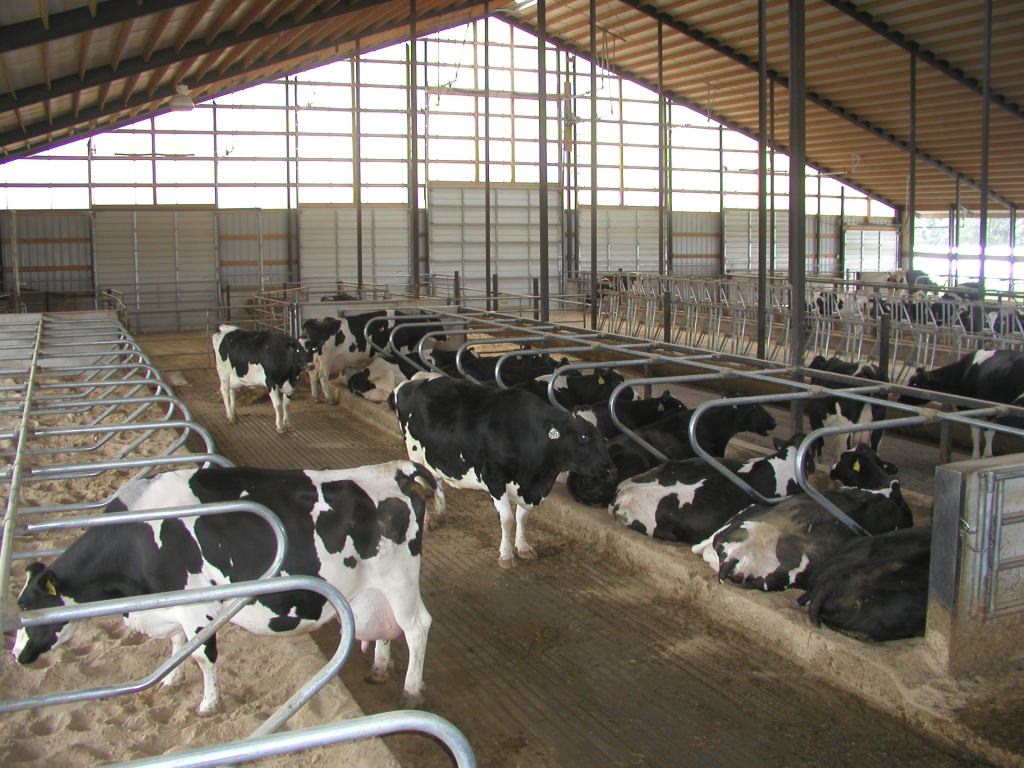 The cows at Koepke Farms, a few miles north of Oconomowoc in southeastern Wisconsin, are a mellow bunch. They’ve obviously been treated well by John Koepke, a fifth-generation dairy farmer, and his employees. And yet Nigel Cook, a professor of veterinary medicine at the University of Wisconsin–Madison, sees these Holsteins as “Olympic athletes,” with the speed-demon metabolism needed for phenomenal milk production.

Koepke’s 350 Holsteins earned him and his relative-partners David, Jim, Kim and Alan the “Dairy Farm of the Year” award at World Dairy Expo in 2011.

Nonetheless, Koepke realizes that his buildings are old and crowded. Before he adds another hundred cows or more, he is consulting with Cook, an expert in scientific treatment of dairy cows, which, Cook says, is sensible, humane ­­­­and profitable all at once.

Cook, who became fascinated with cows and farms while growing up in England, insists that barns must be tailored to cows, and that ignoring basic principles and data can lead to costly mistakes. Just the day before this visit, a troubleshooting mission to a costly new dairy had proven his point. “We would rather talk about the pros and cons of the options in advance, rather than come in when it’s too late and suggest expensive, stopgap solutions to avoidable problems.” 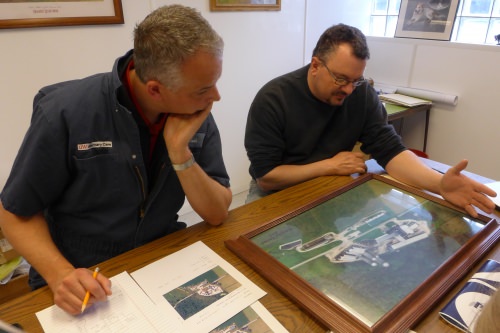 Nigel Cook, left, director of the Dairyland Initiative project, consults with Oconomowoc dairy farmer John Koepke about the design of a new building for cows that are close to giving birth. Photo: David Tenenbaum

The fundamentals of cow welfare rest in their evolutionary status as herd animals. Cows are comfortable doing the same thing at once, so feed bunks should be large enough to allow a group to chow down in unison. Changes in the group should be minimized, especially during the vulnerable weeks before cows give birth, to avoid the stress needed to establish a new pecking order.

So is the goal a happy cow? Yes, Cook says. Happy cows have what they need, and avoid situations that are practically guaranteed to stress them out.

As Cook and Koepke confer at the farm in mid-April, Koepke quickly profiles his operation: where the cows live at different stages of life, how manure is managed, where his fields are located, what he hopes for the new barn, and where it can be placed.

Since 2010, Cook has directed the UW–Madison School of Veterinary Medicine’s Dairyland Initiative, which focuses on providing dairy producers the information they need to build better housing using sound scientific principles that Cook and his vet school colleague Kenneth Nordlund developed. “Buildings are one of the four rate-limiting factors for successful dairying, alongside genetics, nutrition and management,” Cook says. A barn should allow the cows a comfortable, clean and spacious place to rest. And it must prevent overheating in summer.

Soon, Koepke and Cook home in on the relative merits of a north-south versus east-west orientation for the new barn. North-south fits the location better, while east-west would extend the thrice-daily round trips to the milking parlor. But the west side of a north-south barn gets hot in the afternoon sun. 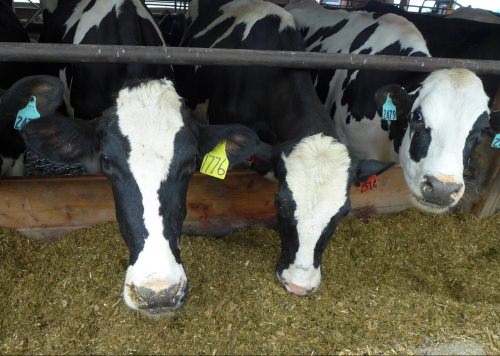 “Buildings are one of the four rate-limiting factors for successful dairying, alongside genetics, nutrition and management,” says Nigel Cook. Photo: David Tenenbaum

The emphasis on ventilation reflects a warming climate and the steady improvement of production. Koepke’s cows are already averaging almost 100 pounds of milk per day – well above the statewide average of 75 pounds. High-producing cows, however, generate more heat. “A lot of barns built even 20 years ago are being challenged by these Olympic-athlete cows,” says Cook. “If you put it in human terms, they are a professional cyclist doing the Tour de France every day.

“For many years, everybody talked about the clean, dry, comfortable cow,” Cook says. Only in the past decade or so have changes in bedding, barn design and management made that worthy goal attainable. A clean, dry and comfortable cow finds plenty of time to rest, chew her cud, and make Wisconsin’s number one agricultural product.

Since 2011, the initiative has performed 46 facility design consultations, 29 more limited facility risk assessments, and 276 ventilation design assessments. It has also trained more than 1,000 attendees in 31 workshop in North America, Europe and Japan, and created a network of certified consultants. The website tracks over 3,500 registered users worldwide. Cook estimates that 65 percent of new cow barns nationwide are built with these principles.

“Rather than build something and make the cows conform to it, why not build a facility to match the cows? We are very happy with how it has turned out.”

The advice brings results, says Matthew Berge, owner of the 950-cow Badger Pride Dairy in Valders, near Manitowoc in eastern Wisconsin. In 2009, the farm consulted on a “dry cow” barn to hold about 200 heifers and cows before they give birth. “The work Nigel has done on cow behavior helped frame our thinking,” Berge says. “We decided, ‘Let’s try to design a facility that will address some behavior issues that can cause problems.’ Every time you change the membership in the pen, the cows have to establish a new hierarchy. We went into the design looking to avoid that type of interaction so they don’t have that stress on top of the stress of birthing.”

The approach, says Berge, comes down to letting cows be cows. “Rather than build something and make the cows conform to it, why not build a facility to match the cows? We are very happy with how it has turned out.”

Plans at the Koepke farm are at an early stage, but Koepke says Cook’s advice so far has been helpful. “Like a lot of UW–Madison folks, he offers a lot of good input, insight.” UW agricultural extension services “have always been impartial. As you start to get more advice from private industry, it’s maybe less about what is best for you, or your cows, and more what will help them sell a product.”

Cook asks how this expansion will set the stage for the next expansion. Koepke demurs, saying he’s leaning toward an incremental approach. “If I can make a decent living, I am content with that. I don’t need growth for its own sake.”

Nonetheless, Koepke is also thinking long-term. His three sons, he mentions, have already expressed interest in becoming the sixth generation of Koepke dairy farmers in the area.