Engineers from the University of Wisconsin–Madison will receive an estimated $9.3 million in funding from the U.S. Department of Energy for advanced nuclear energy research. The awards will drive new research on compact heat exchangers, nuclear fuel cycles, advanced reactor concepts, and technology that enables nuclear power production.

Issued by DOE’s Nuclear Energy University Program, UW–Madison’s projected funding represents more than 17 percent of the grant dollars awarded to universities through that program in 2017.

The Nuclear Energy University Program, which seeks to maintain U.S. leadership in nuclear research through support of university-led research programs, has a long and robust record of funding research in UW–Madison’s College of Engineering. 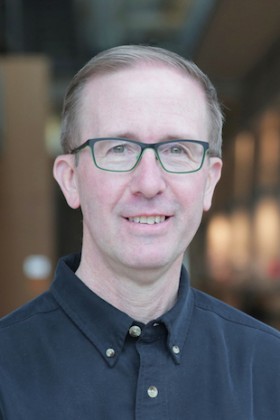 “Over the history of this program, the UW has garnered more funds than any other university,” says Todd Allen, a UW–Madison professor of engineering physics and 2017 award recipient. “This funding builds on that history.”

Of the eight UW–Madison awards, the largest consists of nearly $5 million for research led by Allen, research professor of engineering physics Mark Anderson, and Bruce Beihoff, technical director of industry relations at the Wisconsin Energy Institute. The three-year project will focus on advanced compact heat exchangers — devices that transfer heat from one matter to another — for use in nuclear systems.

Advanced compact heat exchangers provide more efficient heat transfer than traditional heat exchangers, yet the very features that make them efficient also make them difficult to use in nuclear systems. Thinner walls and smaller channels mean they are harder to inspect, and their small tubes are potentially more susceptible to clogging. For heat exchanges involving nuclear material, ensuring the integrity of the exchanger is a critical safety issue.

The goal of Allen’s team is to optimize the manufacturing of compact heat exchangers to provide the safety assurances needed to commercialize them for use in advanced nuclear reactors. To do that, his team will collaborate with major players in the nuclear sector, including the nonprofit Electric Power Research Institute and MPR Associates, a nuclear power consulting firm.

“Over the history of this program, the UW has garnered more funds than any other university. This funding builds on that history.”

“We want to make sure that we get really practical information that helps move compact heat exchangers to commercialization,” says Allen. “We will be testing prototypes made by manufacturers, and a lot of the project’s guidance and philosophy will come directly from manufacturers.”

The final funding amounts for each of the eight awards are still being negotiated. The remaining seven UW–Madison projects cover broad ground, from funding research on nuclear fuel cycles, enabling technologies, and reactor concepts, to infrastructure improvements. Those projects include:

With many of the projects depending on collaborations among researchers, Allen says this latest round of funding demonstrates the value of UW–Madison’s Institute for Nuclear Energy Systems, which gathers faculty with diverse skill sets into teams to address important nuclear research issues.

“INES is helping our researchers to collaborate on some of the most important challenges facing the field today,” says Allen. “Together, we’re driving things forward, and continuing UW–Madison’s legacy of conducting essential research on nuclear energy.”