Report: Focusing on advanced energy sensors and controls could mean 44,000 jobs for Wisconsin

With targeted investments and forward-looking policies, Wisconsin could capitalize on its strengths in sensors and controls for the advanced energy industry to drive economic growth and support over 44,000 jobs annually.

That’s according to The Wisconsin Jobs Project: A Guide to Creating Jobs in Sensors & Controls for Advanced Energy, a new report created by the American Jobs Project in partnership with the Wisconsin Energy Institute at the University of Wisconsin–Madison and the Midwest Energy Research Consortium.

“Advanced energy is already producing $1.4 trillion in annual private-sector revenues around the world, and Wisconsin is well placed to take advantage of that growing market through advanced energy sensors and controls,” says Gary Radloff, director of Midwest Energy Policy Analysis at the Wisconsin Energy Institute. “This report offers a practical roadmap for creating good-paying jobs and growing the economy.” 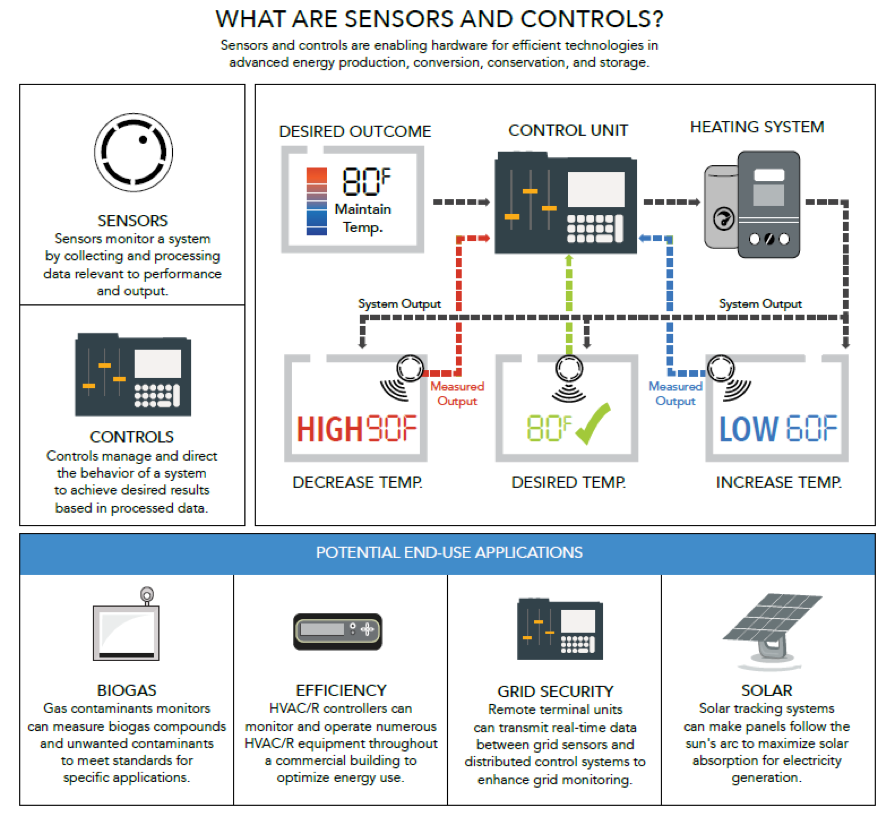 During the recession, Wisconsin suffered a blow to its legacy manufacturing industry, and the state has yet to recover many of those jobs. In addition, Wisconsin faces a growing need for skilled talent due to an aging workforce, out-migration, and a significant number of underemployed and long-term unemployed residents.

“Taking practical steps to grow Wisconsin’s advanced energy sensors and controls sector while strengthening recruitment and retention efforts would put a lot of people to work, while growing the economy in communities across the state,” says Mary Collins, Director of the American Jobs Project and co-author of the report.

Based on extensive research and stakeholder outreach, The Wisconsin Jobs Project report finds that:

The report provides state-specific strategies that take advantage of this economic opportunity and fortify critical assets for industry growth, including workforce development, access to capital, and innovation and entrepreneurship. Recommendations include:

“Our research into Wisconsin’s sensors and controls cluster shows a very robust supplier pipeline, along with concentrated expertise in the sector, providing Wisconsin with an in-state asset to leverage for additional growth potential,” says Connie Loden, senior project manager at New North. “The Wisconsin Jobs Project suggests a number of well-defined, practical and tested approaches to help Wisconsin take advantage of growing demand in this sector and position the state to become a global leader.”

The full report is available on the American Jobs Project website at http://americanjobsproject.us/ajp-state/wisconsin.