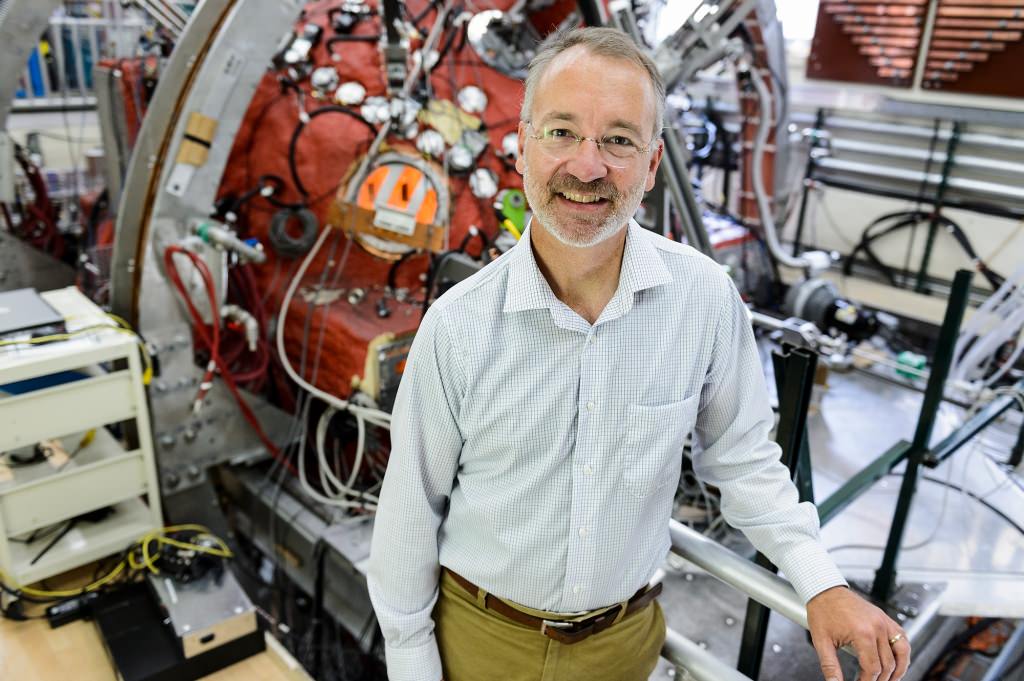 Cary Forest, a professor of physics and lead researcher for the new Wisconsin Plasma Physics Laboratory (WiPPL), stands next to the Big Red Plasma Ball in Sterling Hall. The Big Red Plasma Ball is one of several WiPPL-managed pieces of scientific equipment being used to study the fundamental properties of plasma in order to better understand the universe. Photo: Jeff Miller

The U.S. Department of Energy has awarded $12.5 million to the University of Wisconsin–Madison to develop an integrated facility that will expand the frontier of astrophysical plasma research.

Combining and extending two existing projects, the Big Red Plasma Ball and the Madison Symmetric Torus, the new Wisconsin Plasma Physics Laboratory, or WiPPL, will research fundamental properties of plasma in order to better understand our universe, where the hot gas is abundant. The new project will join the expertise of more than two dozen UW–Madison scientists and technicians with outside plasma researchers, who will gain new access to the equipment.

“The vision for this new user facility is that roughly half of the research will be done by outside scientists who come here and establish a collaboration with us,” says Cary Forest, a professor of physics at UW–Madison and the lead researcher for WiPPL. “It’s like having a much bigger team to do things that we never imagined we’d be doing.” 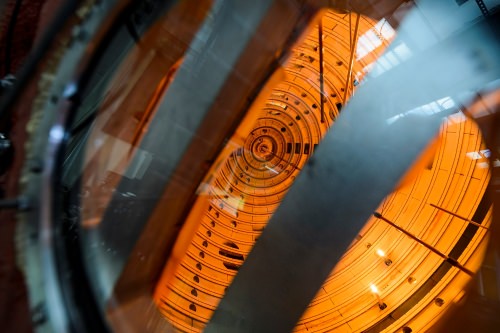 The new grant will support the development of a management system that allows these collaborations to take place, and provide funding for both external and internal research projects over five years. Six UW–Madison faculty members will contribute to WiPPL.

Plasma is a hot, energetic gas where the atoms are stripped of their electrons, creating an electrically active gas with unique magnetic properties. It is at the heart of the sun’s magnetic field and corona, as well as solar flares and cosmic rays. WiPPL brings those astrophysical phenomena down to Earth, simulating the conditions in stars and galaxies in order to study how plasmas form and better predict their effects. For example, current WiPPL projects study how plasma activity on the sun can produce magnetic storms, which can disrupt electronic equipment on Earth.

“We like to think about what we’re doing in terms of energy transformations. In the universe, we think about energy as stored in different ways,” says Forest. “Plasmas have this remarkable ability in the universe to transform energy from one type into another.” 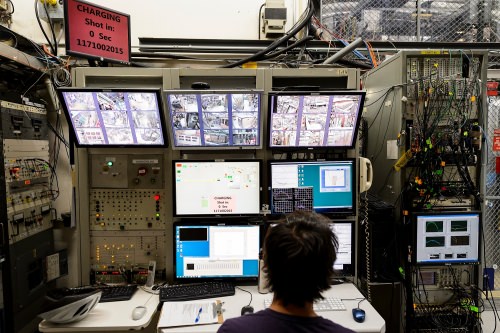 WiPPL’s flexibility comes from combining the research team expertise and equipment of the Big Red Plasma Ball in Sterling Hall and the Madison Symmetric Torus in Chamberlin Hall. Originally built to study dynamos, rotating plasmas that generate magnetic fields, the Big Red Plasma Ball has also been used to research solar flares and other plasma events. The 10-foot diameter sphere can slide open to add new components to the chamber during research projects — a feature, Forest says, that will attract collaborations between WiPPL and external researchers. The Madison Symmetric Torus has been a cornerstone of decades of plasma research at UW–Madison, including research into fusion energy.

WiPPL will continue a tradition of plasma physics research at UW–Madison that stretches back to 1963. Forest says that while equipment has changed over the years, productive collaborations have always driven new advances.

“The two teams coming together from the Big Red Plasma Ball and the Madison Symmetric Torus, along with outside collaborators, are what make this all possible,” says Forest.