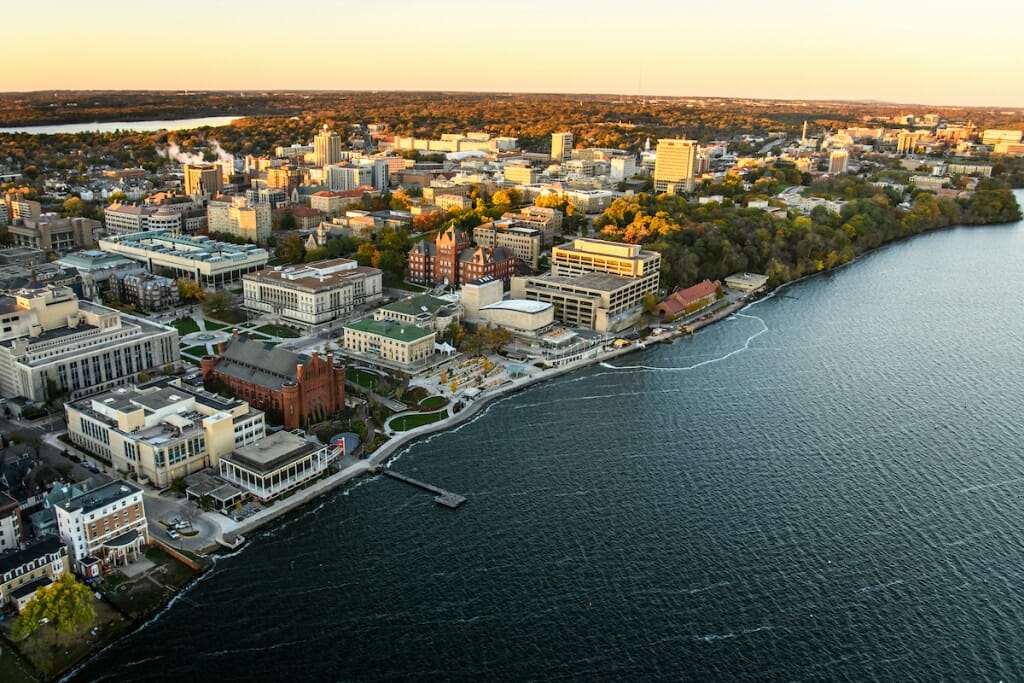 Lake Mendota and the University of Wisconsin–Madison campus, including Alumni Park and the Memorial Union Terrace, are pictured in the morning light. Photo: Bryce Richter

The University of Wisconsin–Madison is 13th for the second year in a row among public universities and has risen to 58th overall among 796 public and private colleges in the latest Wall Street Journal/Times Higher Education rankings. Last year, the university ranked 65th overall.

The rankings are based on 15 key indicators that assess colleges in four areas: outcomes, resources, engagement and environment.

UW–Madison performed especially well in engagement, scoring 87.4 out of 100, ranking 18th overall in the category. The engagement score represents 20 percent of the overall ranking and measures students’ engagement with their studies, student recommendation, their interaction with their teachers and the number of accredited programs.

The university also performed well in outcomes, scoring 86.2 out of 100, ranking 37 overall. The score represents 40 percent of the overall ranking and looks at graduation rates, value added to graduate salary, debt after graduation and academic reputation.

UW–Madison has performed well in other recent rankings, including: