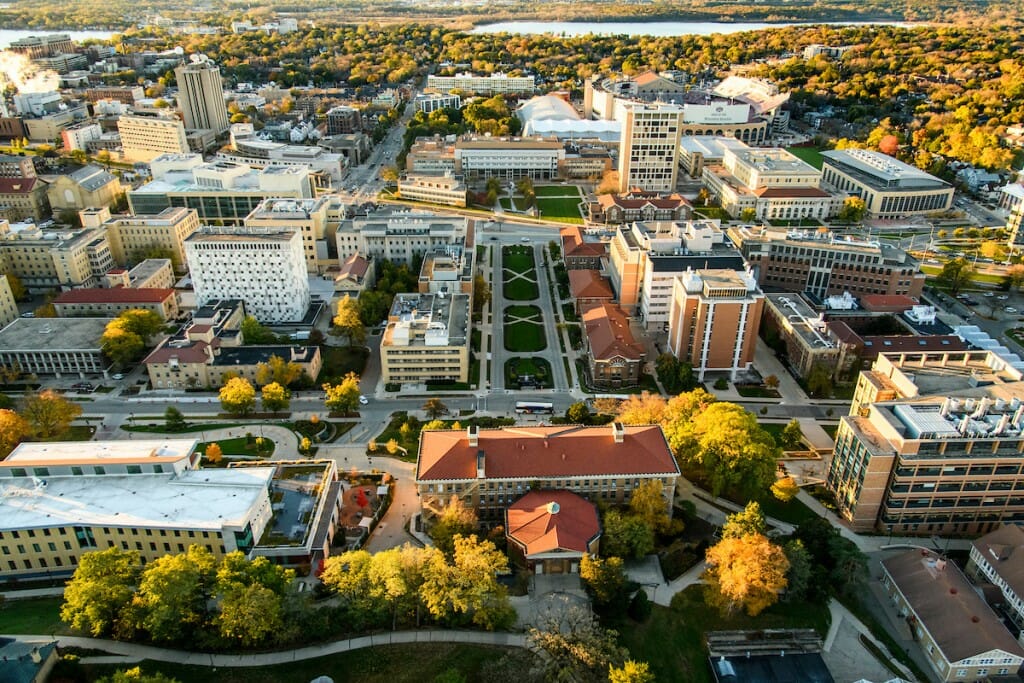 The University of Wisconsin–Madison has been ranked in a five-way tie for 42nd overall and 14th among public institutions in U.S. News & World Report’s 2022 rankings of best colleges.

Last year, UW–Madison was also ranked 42nd in a five-way tie and tied for 13th among public institutions.

The rankings, released today, include 389 national doctoral universities and are in the 2022 edition of America’s Best Colleges.

“I am proud that UW–Madison is once again being recognized for its quality,” Chancellor Rebecca Blank says. “Although rankings are only one of many measures of performance, it is good to share this recognition as we begin a new school year.”

U.S. News gathers data from and about each school regarding undergraduate academic reputation, student excellence, faculty resources, expert opinion, financial resources, alumni giving, graduation and retention rates, graduate rate performances, and social mobility. Each indicator is assigned a weight based on U.S. News’ judgments about which measures of quality matter most.

Best Colleges for Veterans, 20th overall and 14th among publics. Institutions included on this list must be certified for the GI Bill, participate in the Yellow Ribbon Program or be a public institution that charges in-state tuition to all out-of-state veterans, must have enrolled a minimum of 20 veterans and active service members in the 2020-21 academic year, and must be ranked in the top half of the institution’s overall U.S. News ranking category.

To make valid comparisons, schools are grouped by academic mission into 10 distinct categories. UW–Madison is ranked among national universities, which offer a range of undergraduate majors, plus master’s and doctoral programs, and emphasize faculty research or award professional practice doctorates.