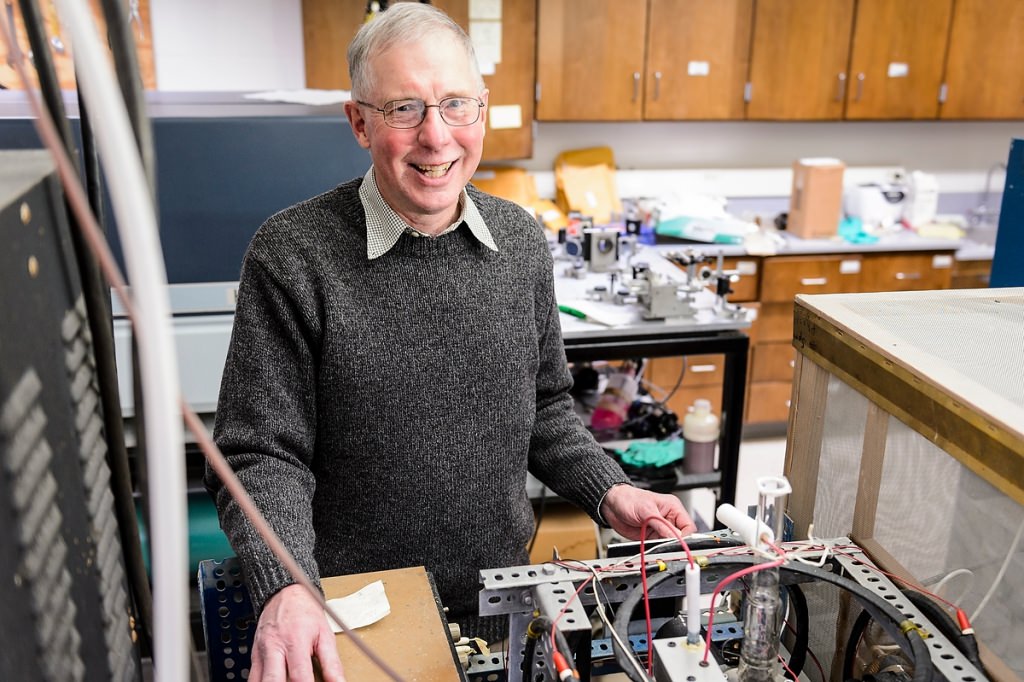 Physics professor James Lawler in a research lab in Chamberlin Hall. Lawler has been named the recipient of the 2017 Laboratory Astrophysics Prize by the American Astronomical Society. Photo: Jeff Miller

James Lawler, a University of Wisconsin–Madison professor of physics known for devising innovative techniques to measure the chemical elements in the sun and other stars, has been named the recipient of the 2017 Laboratory Astrophysics Prize by the American Astronomical Society.

The prize, announced by the AAS Laboratory Astrophysics Division, is given each year to an individual “who has made significant contributions to laboratory astrophysics over an extended period of time.”

Lawler was cited for his work to develop methods and technologies that further the scientific understanding of galactic nucleosynthesis and chemical evolution. His work has helped astrophysicists measure elemental abundances in stars and also in the interstellar medium, helping match theoretical predictions with accurate relative elemental abundances.

Lawler is the Arthur and Aurelia Schawlow Professor of Physics at UW–Madison, where he earned his doctorate. His is the recipient of numerous awards, and over his tenure at UW–Madison has trained 35 graduate students who have gone on to prominent careers in academia and industry.

Founded in 1899, the American Astronomical Society is the major professional organization for astronomers in North America. The AAS Laboratory Astrophysics Division promotes fundamental theoretical and experimental research into the underlying processes that drive the cosmos.