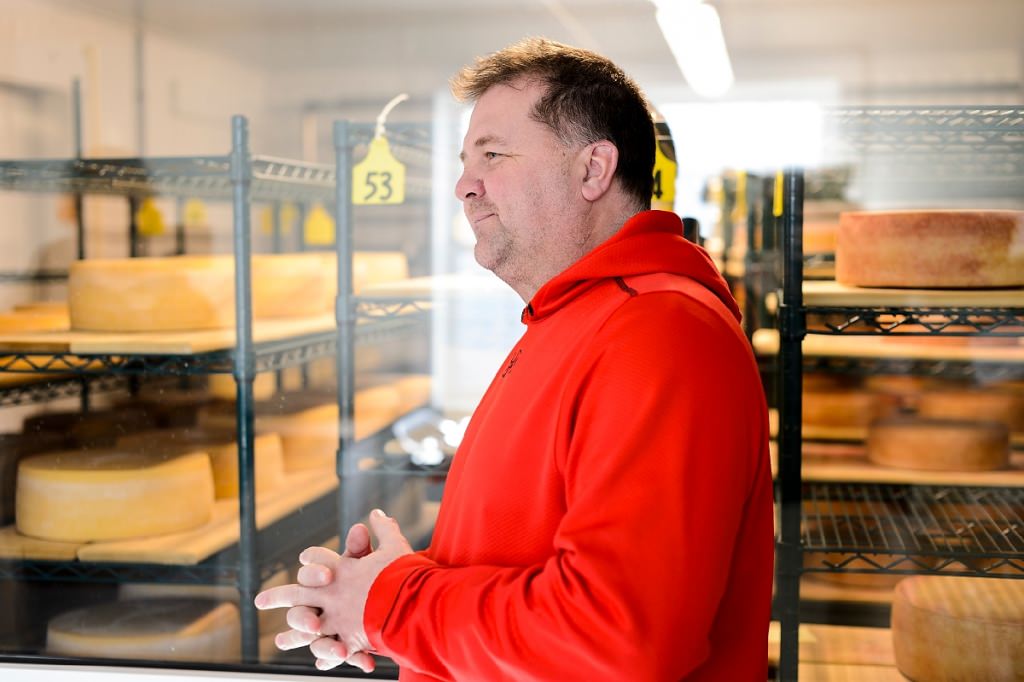 If you walk into Roelli Cheese Haus near Shullsburg in southwest Wisconsin, you’ll see plenty of succulent Wisconsin cheeses — but not Little Mountain, the company’s champion cheese. It lives behind the counter, with nary a sign.

Little Mountain, described by its maker as a “classic upland style from Switzerland,” is not contraband, but Roelli is practically running on empty after a “Best of Show” at the American Cheese Society contest in July. “We feel pretty honored,” says company owner Chris Roelli, noting that Little Mountain bested 1,842 other cheeses in the competition.

Although Roelli is a fourth-generation cheesemaker, in creating the recipe and honing the details of microbiology, timing and equipment, he got assistance from the Center for Dairy Research at the University of Wisconsin–Madison. “For us as a small business, tapping the experience at CDR was invaluable,” he says. “It accelerated our path to bring this cheese to the market, literally by years.” 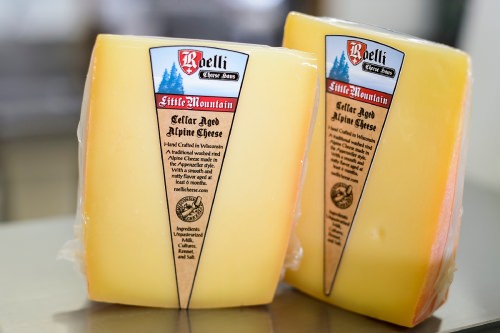 Selling at more than $22.00 per pound, packages of Little Mountain cheese are pictured at Roelli Cheese Haus. Photo: Jeff Miller

Little Mountain requires at least seven months of careful aging to achieve its characteristic flavor, texture and rind. Aging occurs in an above-ground “cellar,” with cooling pipes along the walls. Forced air would waft microbes, threatening the cheese with spoilage.

Roelli’s great-grandfather, Adolph Roelli, immigrated from Altburon, Switzerland to Green County in the early 1900s. “He was a cheesemaker’s apprentice in different areas of the Swiss Alps,” says Roelli. “He settled here as a farmer and sold milk to a co-op, which offered him a job as head cheesemaker, based on his experience in Switzerland.”

Roelli says he’s been in and out of cheese factories all his life. “I watched my granddad make commodity cheddar,” but the factory closed shortly after Chris got a cheesemaker’s license in 1989. “We weren’t able to compete.” 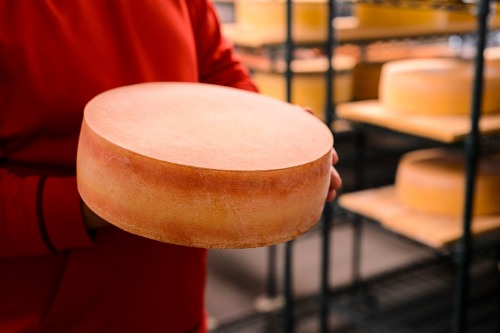 In 2005, unable to stay away from the family business, Roelli returned with “Cheese on Wheels,” a cheese plant mounted on an 18-wheeler.

In 2006, he started an artisanal cheese business in a new factory behind his store on Highway 11 east of Shullsburg, and started to envision a Swiss cheese that would “go back to the family’s roots.”

In preparation, he says he “went around and tasted as much Swiss mountain-style cheese as I could.”

Both Emmentaler and Gruyère were already produced nearby, and Roelli mulled a Swiss version of Parmesan before settling on an Appenzeller, a hard-rind cheese flavored with “washes” of brine as it ages. He approached John Jaeggi at the Center for Dairy Research with some flavor profiles he was looking for. “I made a couple of batches here as total experiments, and we went to the CDR and made six batches, to fine tune the culture and process.”

The CDR is the world’s mecca for dairy product research. Operated at UW–Madison with funds from dairy farmers and food processors, its experts boast hundreds of years of combined experience in industry and academia. Those experts have something else in common: Many grew up in the same milieu as the cheesemakers they work with.

For example,  Jaeggi, the cheese industry and applications coordinator at CDR, is a third-generation, Swiss-descended cheesemaker from Green County who, like Roelli, grew up in a cheese family. “If you look at the history of Wisconsin, a lot of cheese factories were family operations and the family was involved in all aspects of the business,” Jaeggi says. “The younger generation would start on the bottom floor, cleaning, sanitizing, packaging and working their way up.” 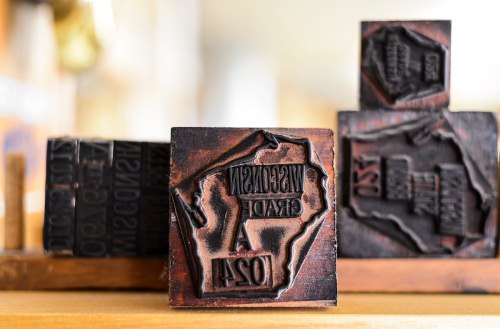 Jaeggi says the initial conversations with Roelli concerned flavor, texture and equipment. “We talked about aging, culture, the ‘make’ schedule. Chris came up to CDR and worked in our test vats, looking at cocktails of microbial cultures for different flavor profiles. Once we got close, we went to his plant two or three times to make the cheese, then optimized the make procedure to fit his plant.”

The cheese would be aged from seven to 16 months while being washed with a hush-hush recipe of salt, yeast and bacteria. The wash would break down proteins and fat to create the rind and desired flavor.

“Although artisan cheesemakers are pretty open in general, when it comes to world-class cheese, there are still secrets out there,” Roelli says. Holding secrets is a point of pride at CDR. “To be able to draw from the knowledge base at CDR was invaluable,” says Roelli. “There is nowhere else you could get that. If John Jaeggi or Mark Johnson (a CDR cheese scientist) asks for help from someone in Europe, they will help. They don’t know me, but they know them.”

Someday, the world’s top cheesemakers may start to know Chris Roelli, who has built his future atop his history and the cheese wisdom brought by his great-grandfather from Switzerland. “If you make something really good, people will find it,” Roelli says. “We entered competitions to garner some interest from places where we don’t normally get it. You don’t have to set the world on fire with advertising.”

Demand for Little Mountain exploded after the award in July, Roelli says. “We beat the world champ from last year, and three other American Cheese Society Best of Shows from past years. We have upped production for the end of 2017 as much as we can. I still have a list as long as my right arm wanting the next batch.”