In 2014, Dudley Lamming was reading a study out of Australia that looked at how mice responded to dozens of controlled diets when one thing caught his attention: The mice fed the least amount of protein were the healthiest.

“That was really interesting, because it goes against a lot of health information that people get,” says Lamming, a metabolism researcher in the University of Wisconsin School of Medicine and Public Health.

Since then, Lamming and graduate students in his laboratory have been trying to answer the question the Australian study raised: Why would low-protein diets make animals healthier? 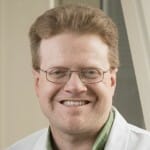 They have discovered a little-known but robust pattern across both animal models and humans. Diets high in the three branched chain amino acids, BCAAs, are associated with diabetes, obesity and other metabolic illnesses. Conversely, diets low in BCAAs can counter these metabolic ailments and even extend the healthy lifespan of rodents.

It’s not yet entirely clear just how BCAAs control metabolism, although restricting them seems to encourage faster metabolisms and healthier blood sugar control. And due to the immense complexity of diet-related research in humans, the full effects of BCAA restriction in people aren’t yet known.

But the line of research provides an intriguing new way to think about what we eat. Because studies are showing that low-protein diets reprogram metabolism even when animals eat the same — or more — calories.

“There’s a growing realization that a calorie is not just a calorie, that a calorie has implications beyond just its caloric content,” says Lamming. “What our research is showing is that protein calories are not the same as other calories.”

Scientific evidence about the benefits of both calorie restriction and protein restriction extends back almost a century, and the field has grown in recent years. In 2009, UW–Madison researchers showed that rhesus monkeys on a long-term calorie-restricted diet lived longer. Studies in other animals have demonstrated similar results.

Protein-restricted diets have received less fanfare. But there is evidence that many of the benefits of calorie restriction can be accomplished just by limiting protein intake. Those benefits persist even when animals eat as much as they want. 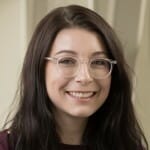 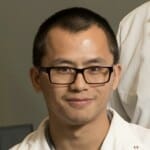 In a pair of studies published earlier this year, Lamming and his colleagues, including graduate students Nicole Richardson and Deyang Yu, zeroed in on branched chain amino acid restriction in particular. BCAAs make up three of the nine essential amino acids, which humans cannot make on their own and must eat. As their name suggests, their chemical structures contain tree-like branches.

In one set of experiments published in January, Richardson tested a diet in mice that contained just one-third the normal amount of BCAAs. It wasn’t a calorie-restricted diet; the animals could eat as much as they wanted.

The sex differences “were very surprising to us,” says Lamming. “Almost all past research was done on male mice. It points to the importance of doing these studies in both sexes.”

Male mice, though, showed reduced activity of a biochemical pathway known as mTOR, which is activated by BCAAs. Many experiments have shown that treatments that reduce mTOR activity tend to improve metabolic health and increase longevity.

Lamming recognizes the findings from his research are counterintuitive. A lot of modern diet advice recommends adding protein, not limiting it. But with the majority of the U.S. population being overweight and sedentary, he sees an opportunity to rethink diets.

In another paper, published in May, Yu and Richardson drilled down even further. They asked if the three individual BCAAs — leucine, isoleucine, and valine — had unique effects in the body, or if they all acted similarly.

“What we found is that isoleucine restriction has by far the most potent effect,” says Lamming. Mice fed low-isoleucine diets were leaner and demonstrated healthier blood sugar metabolism. Valine-restricted diets had similar, but weaker, effects. Reducing levels of leucine had no benefit and may even be detrimental.

To study how the three BCAAs affected obesity, the researchers provided mice with a so-called Western diet, which is high in both fat and sugar. After a few months on a Western diet, mice grow obese.

When Lamming’s group began feeding these obese mice a Western diet that was low in isoleucine, the mice began to eat more food but nonetheless lost weight. The weight loss was primarily caused by a faster metabolism, where the body burns more calories as heat while resting.

Turning to human health, the Lamming lab worked with SMPH population health professor Kristen Malecki and her colleagues to analyze the dietary diaries and weights of participants in the Survey of the Health of Wisconsin, a statewide public health study supported by the Wisconsin Partnership Program.

By calculating how many amino acids each person ate, they discovered that an increased intake of isoleucine was associated with a higher body mass index, which they had predicted based on the rodent studies.

Lamming recognizes the findings from his research are counterintuitive. A lot of modern diet advice recommends adding protein, not limiting it. Protein promotes a feeling of fullness, which can help people control their calories. And for athletes who are building and repairing muscle, these essential amino acids are, indeed, essential.

But with the majority of the U.S. population being overweight and sedentary, Lamming thinks there’s an opportunity to rethink diets. “Humans overall are not so good at long-term adherence to calorie-restricted diets,” he says. Yet evidence from animal models suggests that low-protein diets help shed fat even with normal caloric intake by reprogramming metabolism.

Plenty of questions remain, especially around low-protein diets in humans. The kinds of long-term, controlled diet studies that Lamming can do in rodents are nearly impossible to perform in people. But the Lamming lab and other groups are working to test low-BCAA diets in small human studies.

Even developing a realistic low-BCAA diet is difficult. Vegan diets are typically low in BCAAs, and animal proteins are high in them. But more nutritional research needs to be done, especially to create a low-isoleucine diet. And Americans typically eat far more protein than they need, so changing that habit might be hard.

“We’ve learned that the dietary composition of what you eat really matters for health span and longevity,” says Lamming. “And I think we’re on track to find a diet that people could adhere to without restricting calories, that would still enable them to live a long and healthy life.”