U.S. Representative Mark Pocan has been named a 2021 Champion of Science by The Science Coalition (TSC), a nonprofit, nonpartisan organization of more than 50 of the nation’s leading public and private research institutions dedicated to highlighting the partnerships between the federal government and America’s research universities. 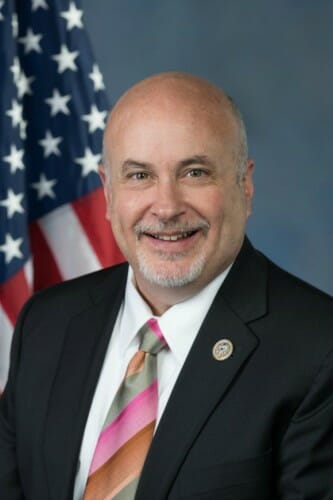 The award is given to a distinguished group of policymakers for furthering university research through increased federal investment in science.

Rep. Pocan, a University of Wisconsin–Madison alumnus, is credited with understanding the issues facing researchers on campus and working towards innovative solutions in Congress to strengthen the American scientific enterprise, such as the Protecting Cures Act and the Next Generation Researchers Act.

“This award is a well-deserved recognition of Representative Pocan’s continued advocacy of federally funded research that supports higher education institutions in Wisconsin and across the country,” says Chancellor Rebecca Blank. “This past year has demonstrated the vital role fundamental research plays in advancing science and medicine. We thank Representative Pocan for supporting the work of the many students, researchers and professors at UW–Madison.”

Rep. Pocan was nominated for this award by the UW–Madison, a member of TSC. Since 1999, more than 100 members of Congress have been recognized with the Champion of Science Award for their efforts to secure federal funding for fundamental scientific research — through their voting records, bill sponsorships, letters of support, or other activities aimed at boosting scientific discovery. Awardees were selected both for their support of research institutions and their efforts to ensure fundamental scientific advancement across all disciplines.