University of Wisconsin–Madison students are adopting new technology tools in a big way, and they're being more careful about privacy and security.

Rolling Out the Red Carpet, the University of Wisconsin–Madison campaign to encourage a more fan-friendly atmosphere at Camp Randall Stadium, is ready to roll for a fourth straight season.

UW-Madison's Vets for Vets program will hold a kickoff meeting on Sept. 5 at the Memorial Union.

Big Ten Network will be available in residence halls, unions

Students in University of Wisconsin–Madison residence halls will be able to watch the Big Ten Network, under an agreement between the university and the network.

Whether it's Harry Potter, online banking, the iPhone or a Zumba workout, University of Wisconsin–Madison students are at the forefront of trends hitting college campuses this fall.

Ogg Hall, the newest residence hall at the University of Wisconsin–Madison, will open to 615 students this month and carry on the university's tradition of blending academics with student housing.

It won't be long now before University of Wisconsin–Madison residence halls are bustling with activity again. Wednesday and Thursday, Aug. 29-30, will be the busiest days of the 2007 fall move-in.

Route 80 campus bus riders, particularly those who live in Eagle Heights or catch the bus at Union South, will encounter some changes when regular service begins on Tuesday, Sept. 4. The length of the current route will be shortened in two ways.

Dean Lori Berquam has selected three experienced higher education professionals to fill key vacancies in the University of Wisconsin–Madison's Offices of the Dean of Students (ODOS).

Recent sightings: The measure of success

First-year undergraduate Allison Dahlgren, left, of Brookfield, Wis., watches as her parents, Kathleen and Larry Dahlgren, leave nothing to chance and measure…

A search-and-screen committee has identified five finalists for two vacant associate dean positions in UW–Madison's Offices of the Dean of Students.

Senior Chris Solinsky (Stevens Point, Wis.) earned his second consecutive NCAA Outdoor Title in the 5,000 meters Friday night at the 2007 NCAA Outdoor Championships in Sacramento, Calif. Solinsky finished the race in 13:35.12, four seconds in front of the next competitor. 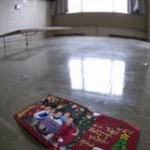 A discarded holiday greeting card from a former resident lies on the floor of an empty room at Ogg Hall. Workers have…

In response to a request from UW–Madison Chancellor John Wiley, the adidas Group is pledging new efforts to curb labor "blacklisting" and to help secure jobs for the former workers of one of its subcontractors. 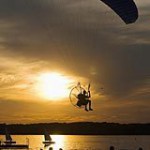 Erin Perkins, a junior legal studies and criminal justice major, studies while sitting on a pier near the Memorial Union Terrace as…

Given the increasing desire for parental connection to their son or daughter’s college experience and more students wanting their parents involved, UW–Madison is launching a major upgrade of its communication efforts and support services for parents.

The Class of 2007 will produce a number of noteworthy graduates who did great things with their experience at the University of Wisconsin–Madison. In advance of Commencement May 18-20, we have profiled a few of those success stories: