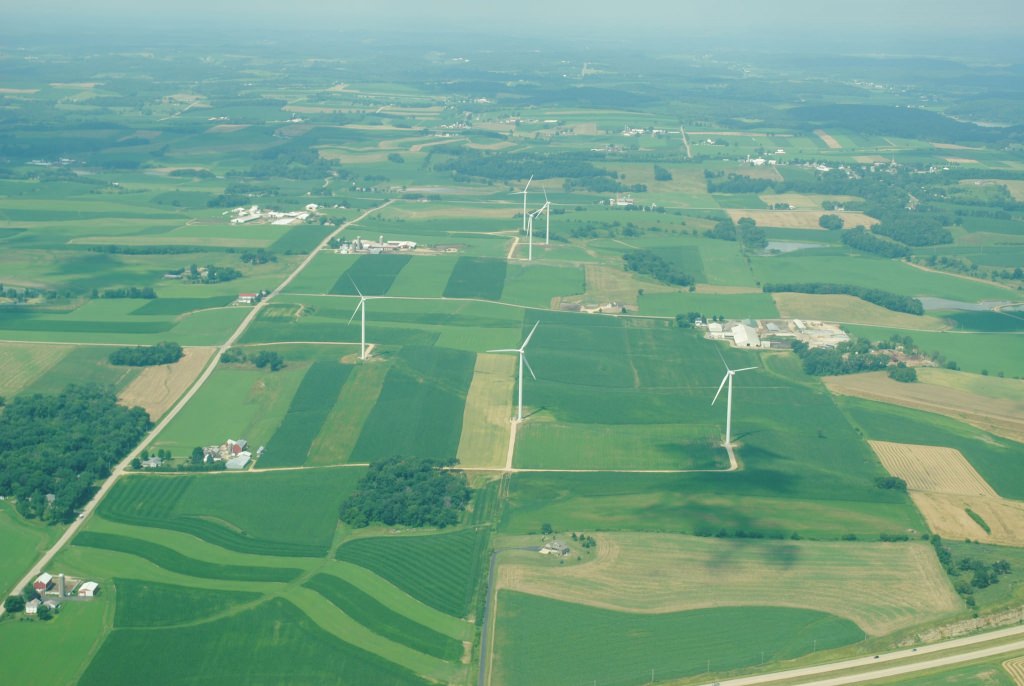 Wind turbines and farm fields near Springfield Corners, Wisconsin. Cropland in the Yahara watershed has an overabundance of soil phosphorus, and researchers say that makes clean lakes and rivers possible only with a revolution in land and water management. Courtesy of UW–Madison Water Sustainability and Climate project

For decades, phosphorous has accumulated in Wisconsin soils. Though farmers have taken steps to reduce the quantity of the agricultural nutrient applied to and running off their fields, a new study from the University of Wisconsin–Madison reveals that a “legacy” of abundant soil phosphorus in the Yahara watershed of Southern Wisconsin has a large, direct and long-lasting impact on water quality.

Published March 13 in the journal Ecosystems, the study may be the first to provide quantifiable evidence that eliminating the overabundance of phosphorus will be critical for improving the quality of Wisconsin’s lakes and rivers.

For example, the results indicate that a 50 percent reduction in soil phosphorus in the Yahara watershed’s croplands would improve water quality by reducing the summertime concentration of phosphorus in Lake Mendota, the region’s flagship lake, by 25 percent. 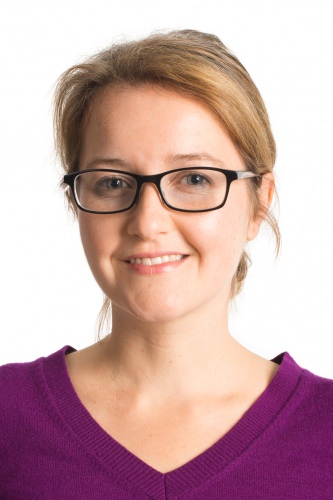 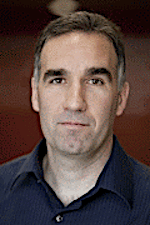 “If we continue to apply phosphorus at a greater rate than we remove it, then phosphorus accumulates over time and that’s what’s been happening over many decades in the Yahara watershed,” says Melissa Motew, the study’s lead author and a Ph.D. candidate in the UW–Madison Nelson Institute for Environmental Studies.

Phosphorus seeps into soils primarily by way of fertilizer and manure, and what crops and other plants don’t use to grow then leaks into waterways with rain and snowmelt runoff. Scientists have long believed that excess soil phosphorus is a culprit behind the murky waters and smelly algal blooms in some of Wisconsin’s lakes and rivers.

Conventional efforts, like no-till farming and cover crops, have tried to address nutrient runoff by slowing its movement from soils to waterways. However, the study shows that simply preventing runoff and erosion does not address the core problem of abundant soil phosphorus, and this overabundance could override conservation efforts.

“Solutions should be focused on stopping phosphorus from going onto the landscape or mining the excess amount that is already built up,” says co-author Christopher Kucharik, a professor of agronomy and environmental studies at UW–Madison.

Using newly advanced computer models, the study shows the watershed has about four times more phosphorus in its soil than is recommended by UW-Extension, which writes the state’s nutrient management recommendations based on what crops need and a landscape’s potential for nutrient runoff. 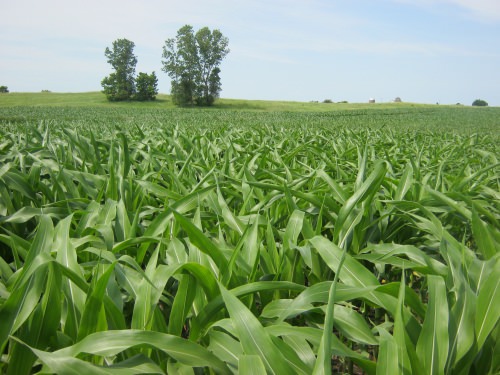 Crops, such as these young rows of corn, use some of the abundant soil phosphorus reserves, but not enough to draw down the surplus. Samuel Zipper/UW-Madison Water Sustainability and Climate project

Moreover, the study indicates that if soil phosphorus levels continue to increase as the climate also changes and becomes wetter, there will be more runoff and further decline in water quality. Reducing the surplus could mitigate this risk, Motew says.

Currently, the only method known to draw down soil phosphorus is harvesting crops, but Kucharik explains that plants take up only a small amount of the surplus each year.

“It is unlikely that any cropping system will quickly draw down the excess,” he says.

It will require working with farmers to practice better nutrient accounting and counter the tendency of some to apply more fertilizer, as an insurance measure, than is needed.

“Farmers have many different decisions to make and priorities that they have to juggle. If we want to address the legacy phosphorus problem, nutrient and manure management will need to become a higher priority,” says Motew, who adds that the pressures of farming and demand for products like meat and milk underlie the problem.

But food production need not be compromised by potential solutions, Kucharik says. There is enough excess phosphorus in our soils “to support plant nutrient needs for a long time.”

“While we’ve long known that too much phosphorus is bad, the models allow us to quantify just what ‘bad’ means.”

Innovation in manure disposal would also help. Throughout Wisconsin, farmers have more manure than they know what to do with, and the primary way to get rid of it is to spread it on their land, where its phosphorus just adds to the surplus.

“Support for manure digesters, the removal of phosphorus from lake and stream sediment, and other actions to recycle the phosphorus already in place would be beneficial for reducing the concentrations in our soils over the long term,” says Kucharik.

Also key to finding solutions is the use of state-of-the-art computer models, like those developed by the research team for the study, which allowed them to identify direct relationships between soil phosphorus and water quality — a feat virtually impossible using scientific observations alone.

“While we’ve long known that too much phosphorus is bad, the models allow us to quantify just what ‘bad’ means,” says Motew. While the study method doesn’t provide a blueprint for achieving clean lakes, putting numbers behind a common-sense understanding of a complex system is a step in the right direction, she says.

The research is part of UW–Madison’s Water Sustainability and Climate project and is funded by the National Science Foundation.