Students were taught how to braid corn in the traditional Oneida way during an event presented by Wunk Sheek, a UW–Madison Native American student organization, and held at the Indigenous Student Center on Nov. 14. The corn was Bear Island Flint Corn originally from Leech Lake in northern Minnesota. Once the corn is picked, the husks are pulled back to reveal the kernels. The husks are then braided to form a rope of corn where the cobs are hung to dry. The corn can be boiled, or milled into flour, in various dishes. The event was part of UW–Madison’s Native November programming. 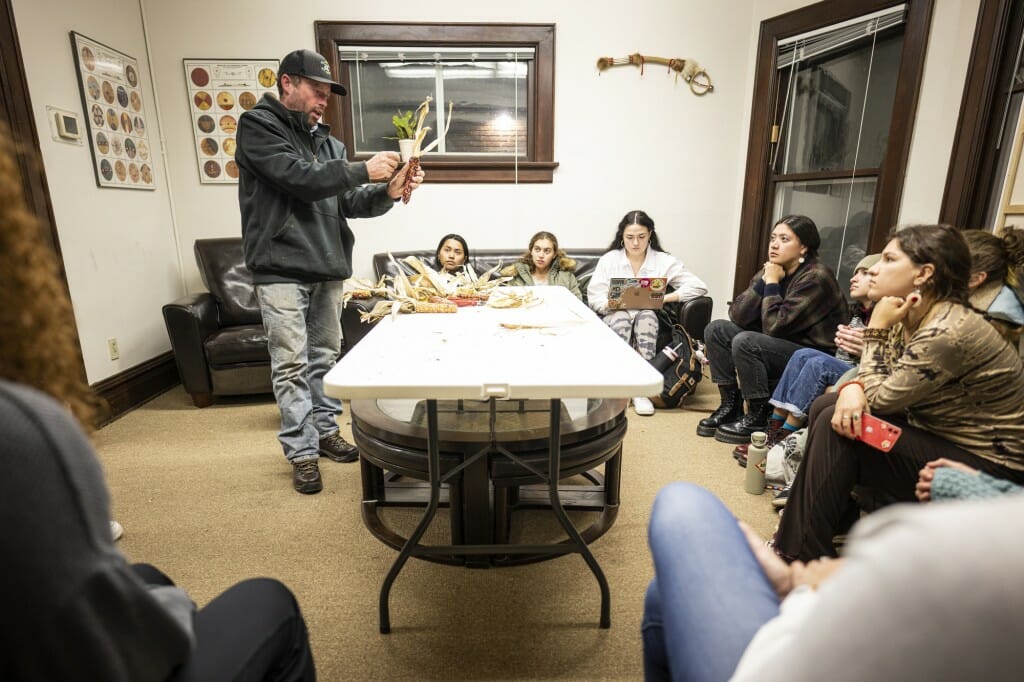 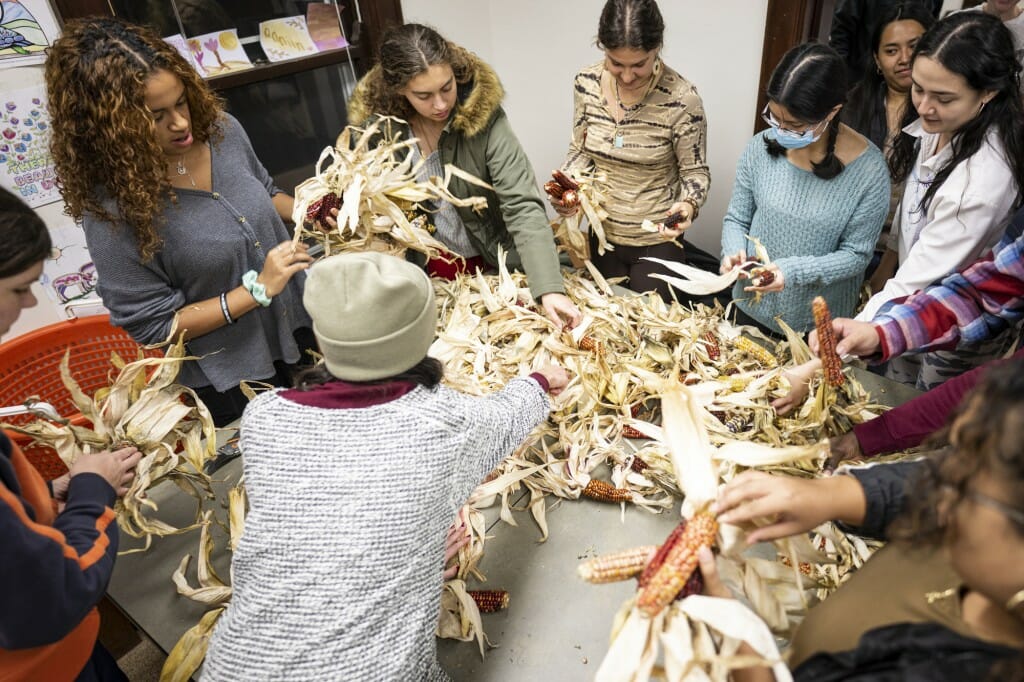 2 Students gather to practice husking and braiding the Bear Island Flint Corn, named after the island in Canada where it originated. Photo by: Bryce Richter 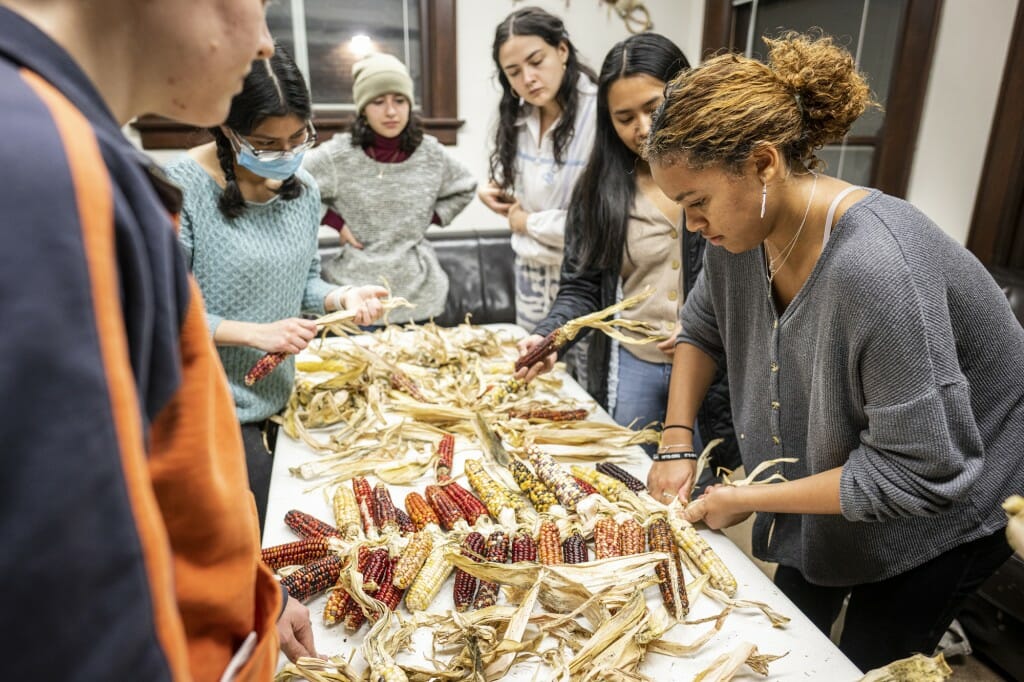 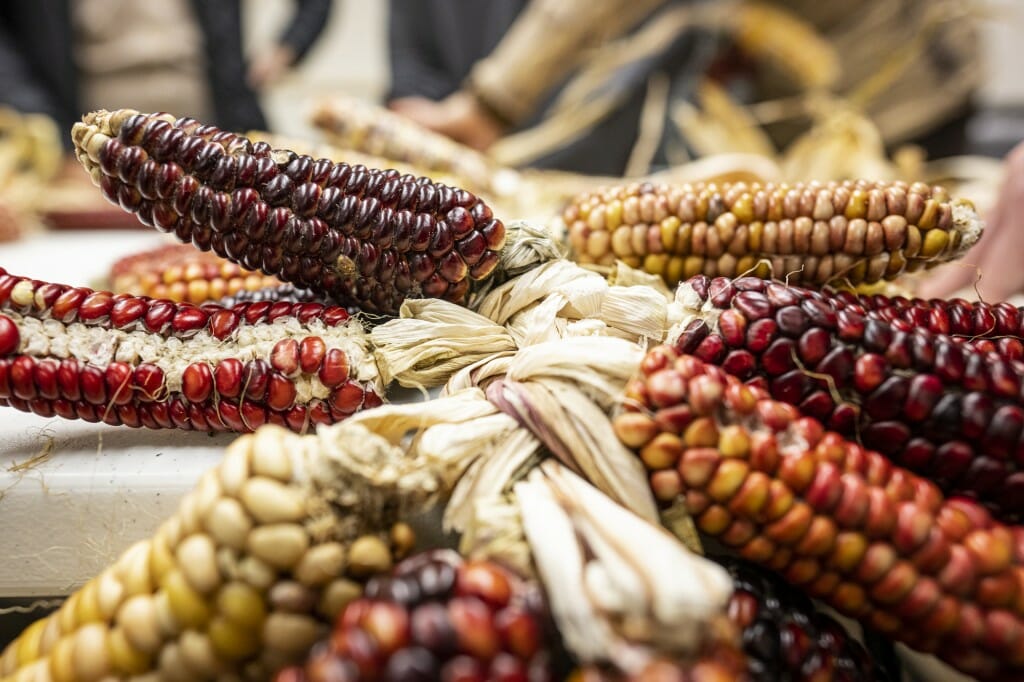 4 Once its dried on the braids, the corn can be milled into flour or boiled into various dishes. Photo by: Bryce Richter 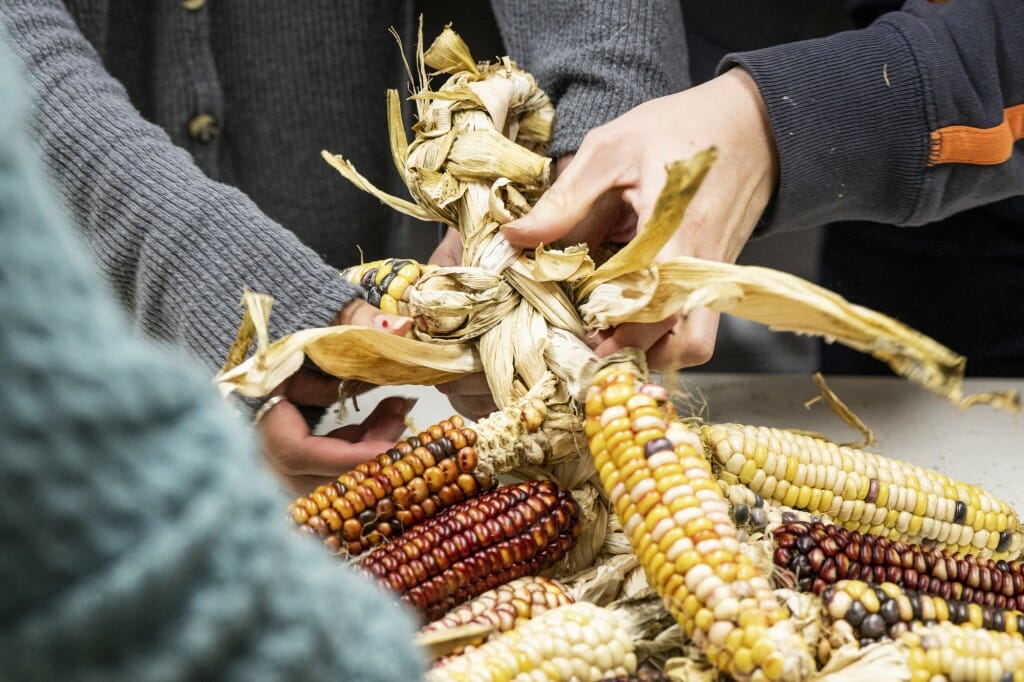 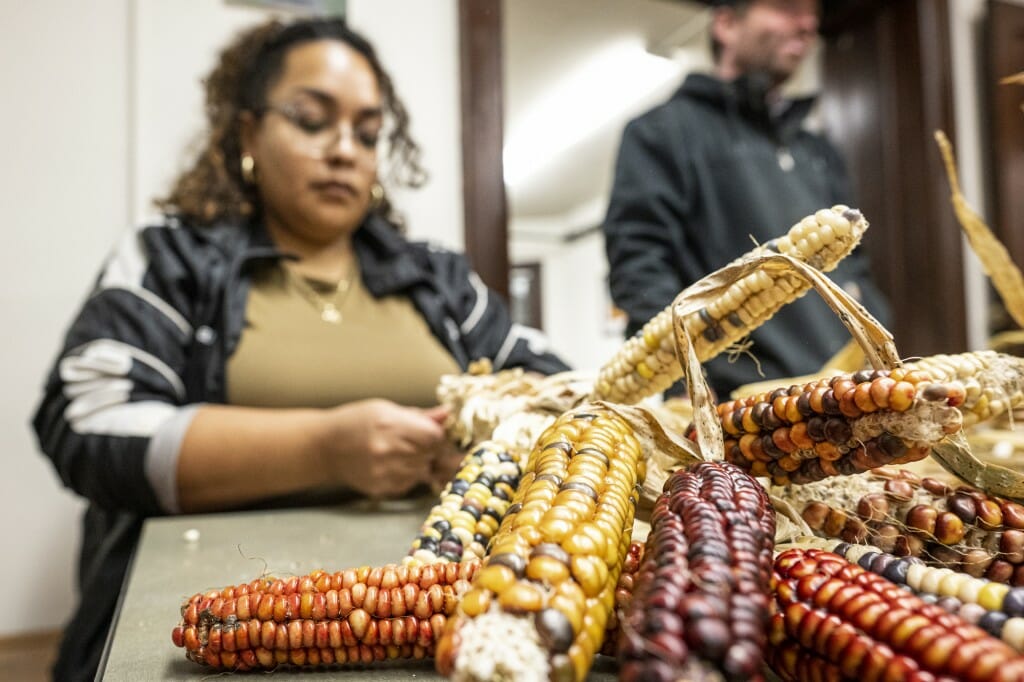 6 Student Angel Calderon takes a shot at husking and braiding the corn. Photo by: Bryce Richter 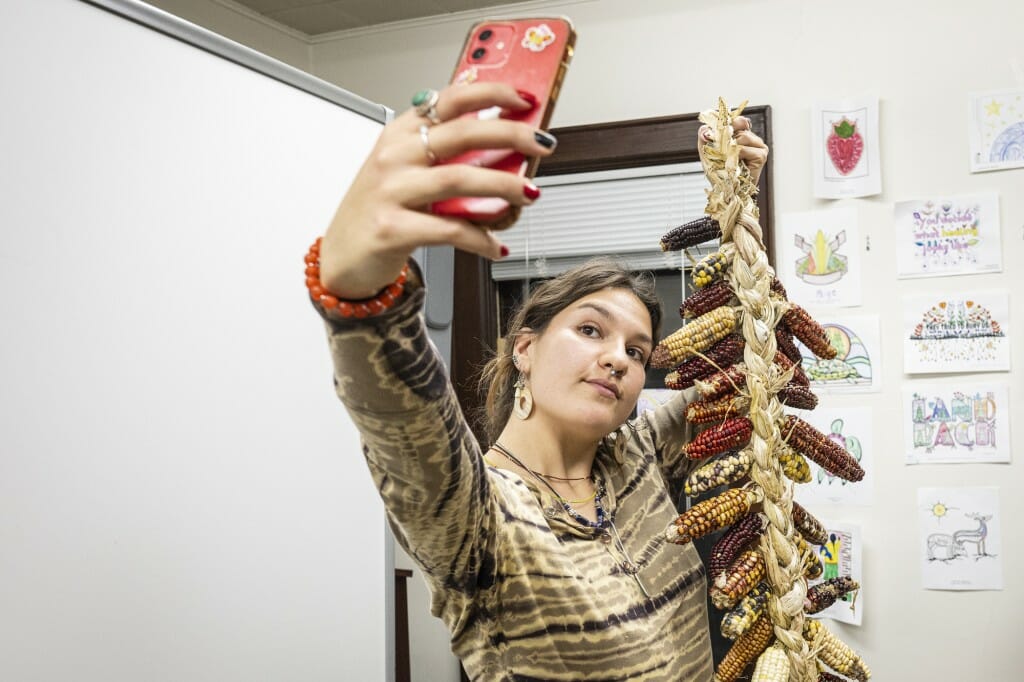 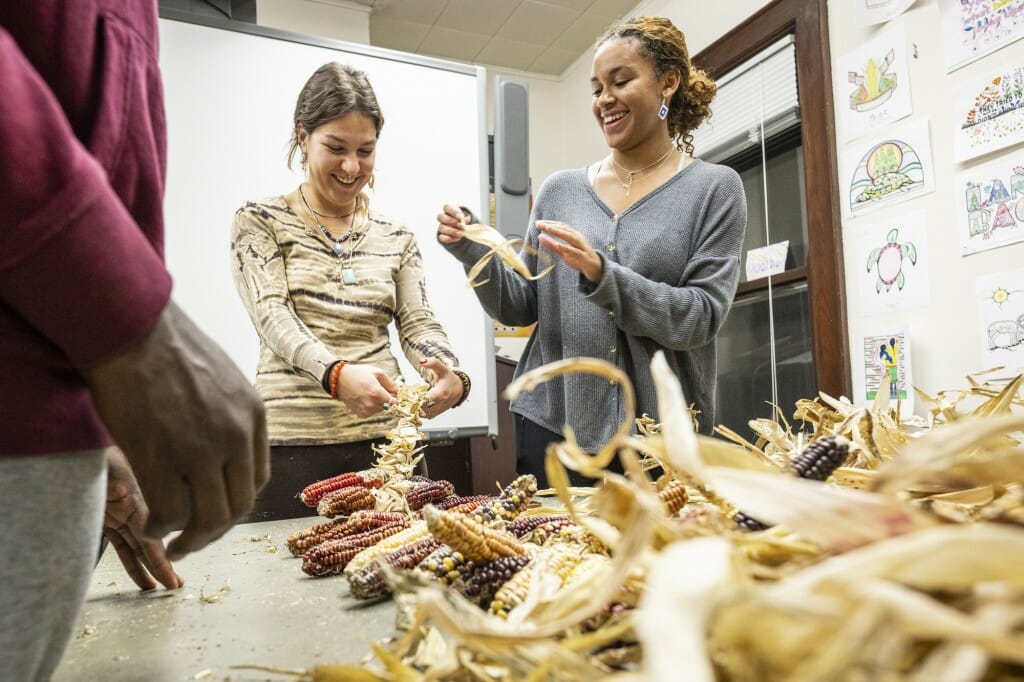