Members of UW–Madison “Divine Nine” fraternities and sororities perform a stroll — a dance often performed in a line by Greek letter organizations to represent power and unification — on court during halftime of a men’s basketball game between the Badgers and Rutgers at the Kohl Center on Feb. 12. The event was organized by the National Pan-Hellenic Council as part of Black History Month. The NPHC, also known as the “Divine Nine,” is a collaborative umbrella council composed of historically African American fraternities and sororities. 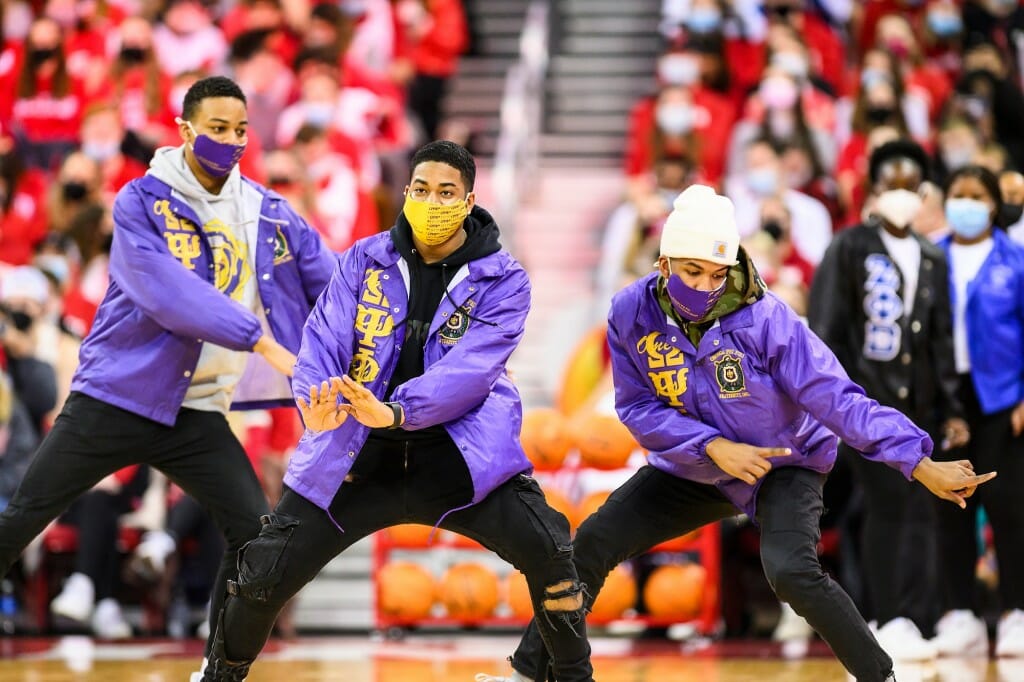 1 Members of Omega Psi Phi fraternity perform their stroll, a dance of power and unification. Photo by: Jeff Miller 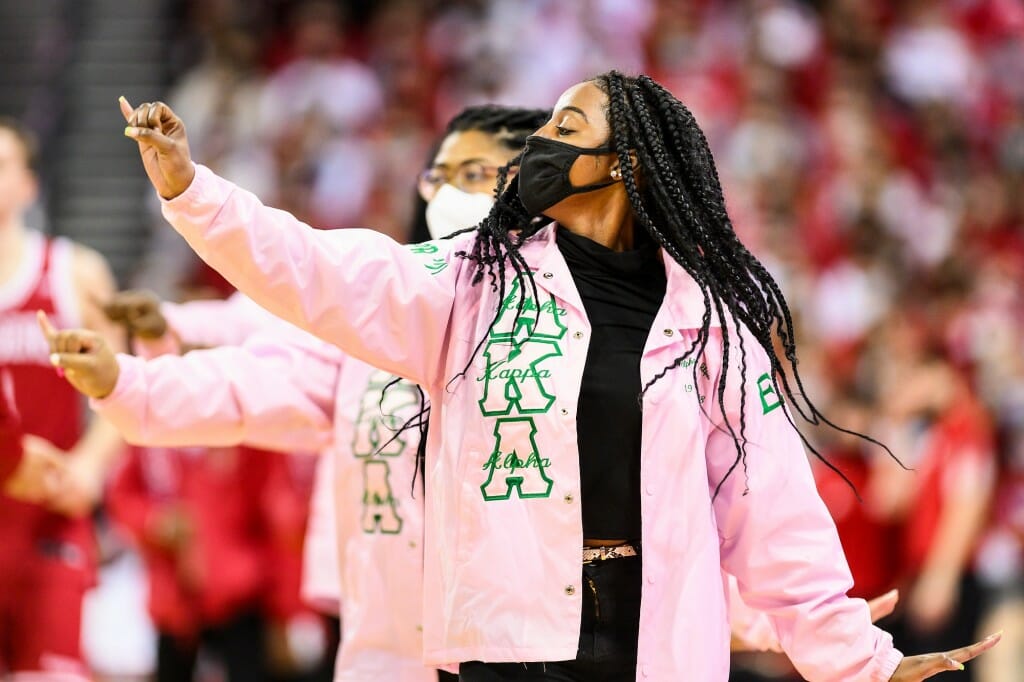 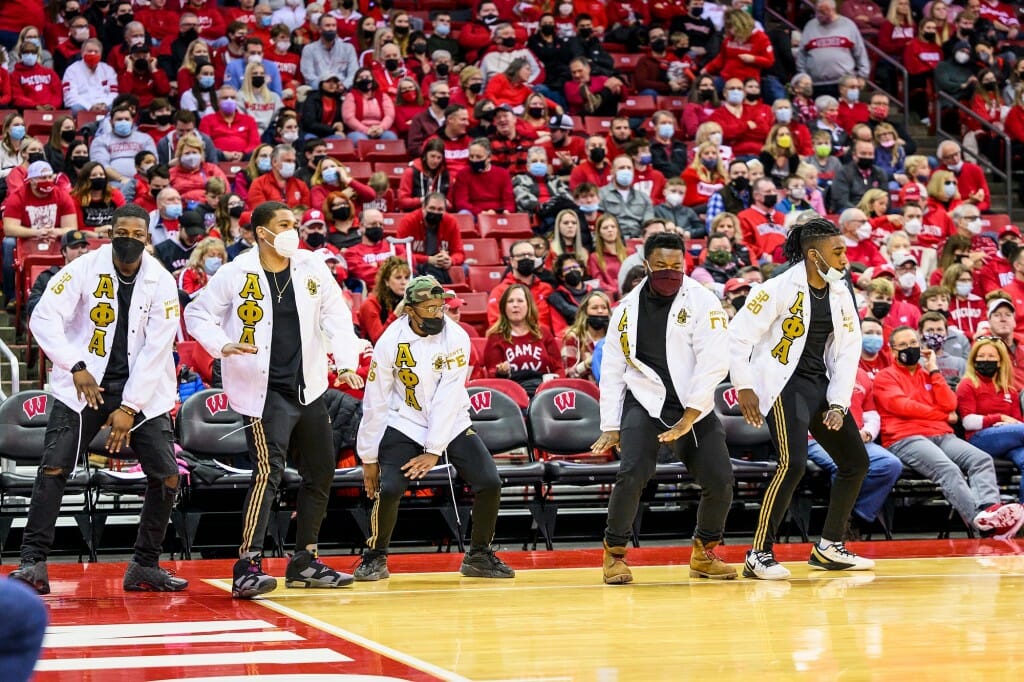 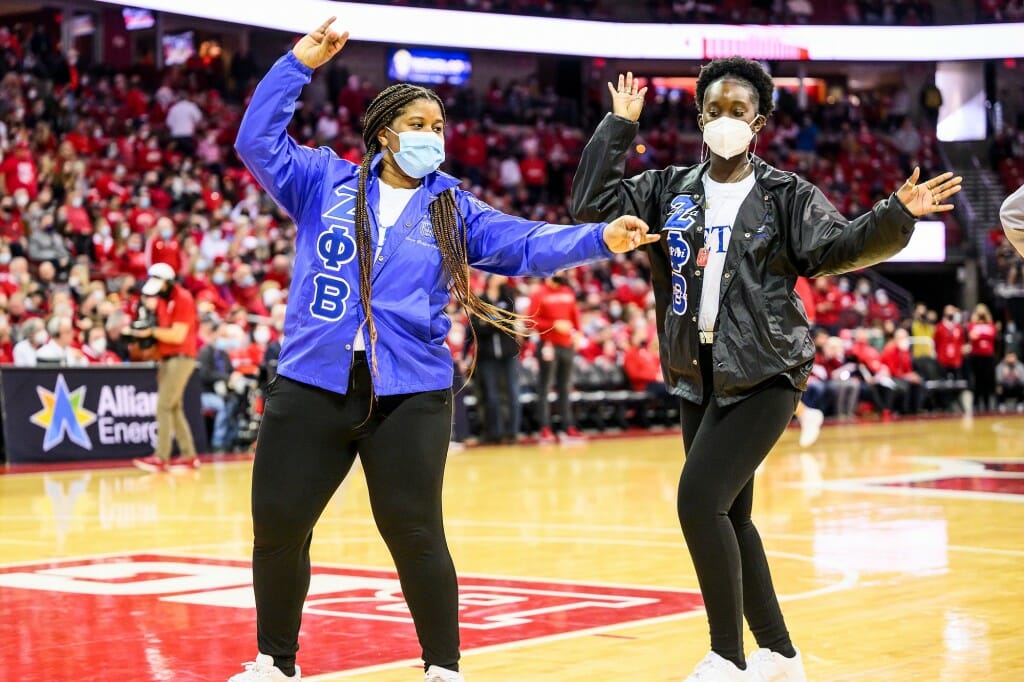 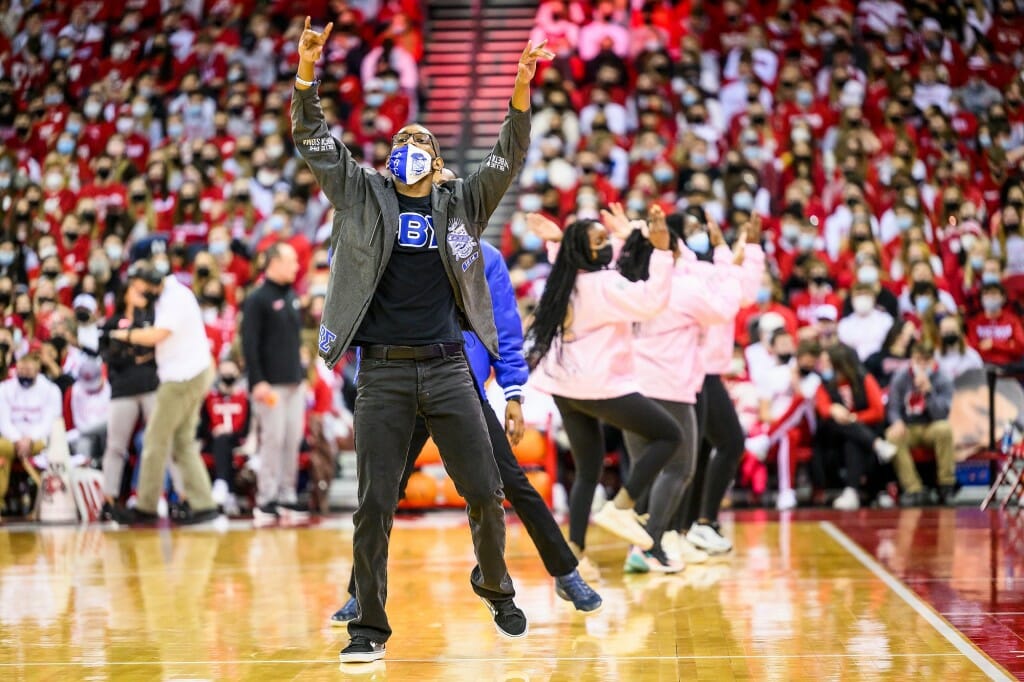 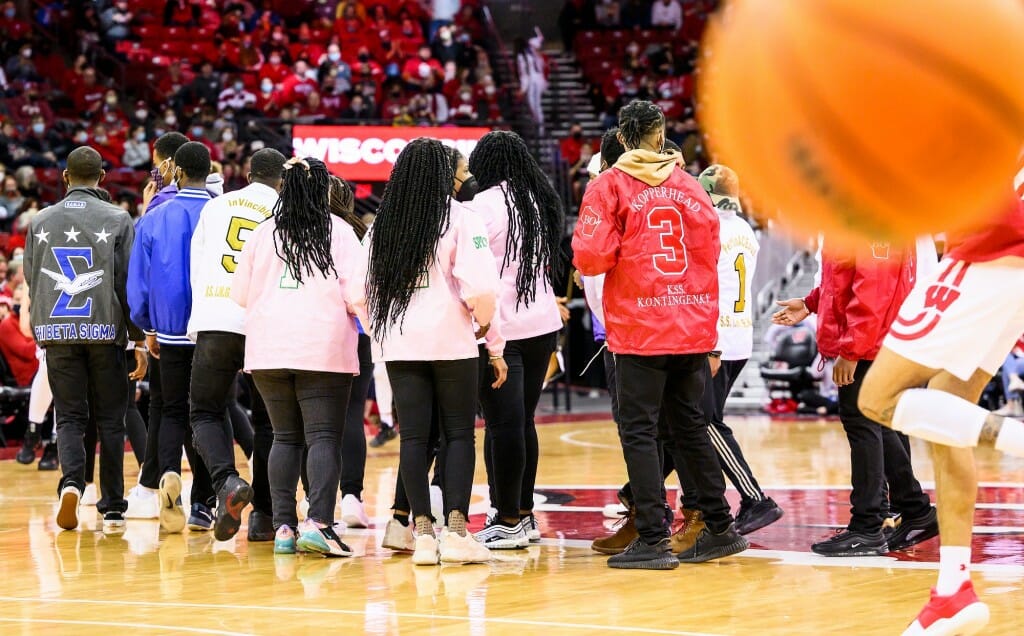 6 Basketballs reclaim the court as members of the National Pan-Hellenic Council of UW–Madison exit following the group’s stroll performance. Photo by: Jeff Miller