Bottles of dilute hydrogen peroxide sit on shelves in medicine cabinets across the world, yet synthesizing the chemical at the large scale requires a surprisingly complicated process that is economically unfeasible for all but a few industrial facilities.

Chemists and engineers have long been working on simpler approaches. A significant challenge can be stabilizing hydrogen peroxide once it forms, because yields are limited by the molecule’s propensity to break down over the same materials utilized for its synthesis.

Chemical and biological engineers at the University of Wisconsin–Madison have uncovered new insight into how the compound decomposes. This advance, published this spring in the journal Proceedings of the National Academy of Sciences, could inform efficient and cost-effective single-step strategies for producing hydrogen peroxide. 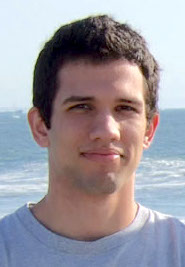 Consumers reach for highly watered-down hydrogen peroxide to clean out minor cuts and scrapes, but the chemical also could be useful for numerous industrial processes as different as making flexible foam seat cushions or precursor chemicals for flame retardants.

Even though most applications would only require dilute solutions of hydrogen peroxide, production methods rely on the few large facilities capable of synthesizing large volumes of highly concentrated chemicals. This necessitates transporting concentrated hydrogen peroxide solutions long distances to the end user, which comes with significant expense.

“A single-pot reaction would permit on-site production and make hydrogen peroxide an economically feasible oxidant for a number of chemical processes, in particular to replace more environmentally harmful oxidants such as chlorine,” says Tony Plauck, a doctoral student in chemical and biological engineering at UW–Madison and first author of the study.

Scientists first proposed a single-step procedure to synthesize hydrogen peroxide in 1914, combining pure hydrogen and oxygen gases over a material called a catalyst, which accelerates the chemical reaction by lowering the energy barriers preventing the components from combining, but doesn’t itself become transformed.

Unfortunately, as more and more of the final hydrogen peroxide product accumulates in the vessel containing the mixture, the catalyst can also facilitate a subsequent undesirable chemical reaction wherein hydrogen peroxide breaks down into oxygen gas and water in a process called decomposition.

“These insights open new avenues for the direct synthesis of a chemical that, among others, is needed in large volumes for the laundry and paper bleaching industry.”

“One of the biggest catalytic challenges is finding a material that can actively produce hydrogen peroxide, but also something inactive towards decomposing hydrogen peroxide, which is a very thermodynamically favorable reaction,” says Plauck.

Some of the most widely studied materials for direct hydrogen peroxide synthesis are palladium-based catalysts. Many researchers investigate how hydrogen and oxygen come together and chemically react on regions of the catalyst’s surface called active sites. But palladium can also catalyze the decomposition reaction, so the hydrogen peroxide produced under these conditions tends to rapidly break down. 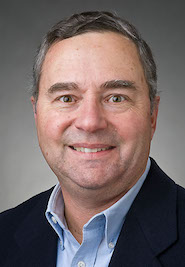 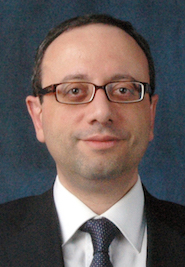 Plauck’s advisors on the project, chemical and biological engineering professors Manos Mavrikakis and James Dumesic, are experts in both theoretical and experimental approaches in catalysis. Their expertise in the computational techniques — such as microkinetic modeling and density functional theory — enabled the researchers to describe the experimentally observed decomposition reaction with unprecedented accuracy and detail.

“Hydrogen peroxide is currently prepared by a highly polluting process,” says Mavrikakis. “These insights open new avenues for the direct synthesis of a chemical that, among others, is needed in large volumes for the laundry and paper bleaching industry.”

The researchers used computational modeling to investigate different surface features of palladium nanoparticles that may be responsible for hydrogen peroxide decomposition. Based on the theoretical models, they predicted experimentally observable parameters of the reaction, such as the rate of hydrogen peroxide decomposition. Then the researchers made those experimental measurements and revised various aspects of their models until the theoretical predictions agreed with the experiments.

Ultimately, their results suggested that multiple surface features of palladium nanoparticles can significantly contribute to the overall hydrogen peroxide decomposition activity of these catalysts. Furthermore, the models provided detailed insight into how the decomposition reaction might be suppressed on palladium.

The work was supported as part of a Dow Chemical Company University Partner Initiative with UW–Madison, and Dow’s Eric E. Stangland also contributed to the research.