The smile may be the most common and flexible expression, used to reveal some emotions, cover others and manage social interactions that have kept communities secure and organized for millennia.

But how do we tell one kind of smile from another?

“When distinguishing among smiles, both scientists and laypeople have tended to focus on true and false smiles. The belief is that if you smile when you’re not happy, the smile is false,” says Paula Niedenthal, a psychology professor at the University of Wisconsin–Madison. “But people smile in many different circumstances and during many emotional states. So asserting that only smiles that result from states of happiness are ‘true’ smiles limits our understanding of this important facial expression.” 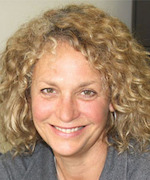 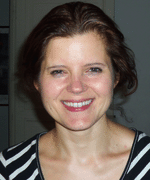 Niedenthal and colleagues from Cardiff University and the University of Glasgow published a set of experiments that seek to expand our understanding of the human smile this week in the journal Psychological Science, showing three distinct, reliably recognized expressions — smiles of reward, affiliation and dominance — and describing the facial muscle combinations that make them.

Each smile hinges on an anatomical feature known as the zygomaticus major, straps of facial muscle below the cheekbones that pull up the corners of the mouth. But it’s not the only muscle at work.

Participants in the study looked at thousands of computer-generated expressions with random combinations of facial muscles activated — with one exception.

“We varied everything that could be varied in an expression, but our stimuli included some action from the smile muscle, the zygomaticus,” says Magdalena Rychlowska, a postdoctoral researcher at Cardiff. “We asked participants to tell us when they see a reward or affiliative or a dominance smile, and when the expression is not a smile.”

The researchers turned their participant-sorted smiles back on two more sets of observers, checking recognition and social messages until they had recipes for each smile.

For example, a reward smile — “probably the most intuitive,” Niedenthal says, “the kind of smile you would use with a baby, so he will smile back or do things you like” — is a symmetrical hoist of zygomaticus muscles plus a dash of eyebrow lift and some sharp lip pulling.

Affiliative smiles — used to communicate tolerance, acknowledgment, or a bond, and show that you’re not a threat — come with a similar symmetrical upturn to the mouth, but spread wider and thinner with pressed lips and no exposed teeth.

Dominance smiles are used to signify status and manage social hierarchies. They dispense with the symmetry, pairing a bit of lopsided sneer with the raised brows and lifted cheeks typically associated with expressing enjoyment.

“This facial expression has evolved to solve basic tasks of human living in social groups: Thanks, I like this. Don’t worry, I’m not going to hurt you. Hey, I’m in charge here,” Niedenthal says. “There are so many words people use to describe different smiles, but we see them as describing subtypes of a reward situation or an affiliative situation or a situation of negotiating hierarchy and having disdain for someone else.”

With precise physical descriptions of smile types, researchers can better classify subtypes and study the use and effects of smiles in pivotal human interactions.

“We now know which movements we should look for when we describe smiles from real life,” says Rychlowska. “We can treat smiles as a set of mathematical parameters, create models of people using different types of smiles, and use them in new studies.”

With precise physical descriptions of smile types, researchers can better classify subtypes and study the use and effects of smiles in pivotal human interactions.

Rychlowska and collaborators are already digging into the way affiliative and dominance smiles can shift the outcome of games and negotiations. Niedenthal is working with surgeons who repair and reconstruct facial bones and muscles.

“They may have to make choices that will affect a patient’s expression for the rest of their life,” Niedenthal says. “It’s useful for them to know how different kinds of smiles are used in the world, and which muscles are involved in making them.”

Better definitions of smile types should also help people navigate intercultural communication. Previous research has shown Niedenthal that while the types of smiles used vary from country to country, there is plenty of variation in how often they are used.

“Americans smile so much that people from other countries are taught to smile more when they interact with us,” she says. “The problem is, they’re almost always taught one kind of smile, and that can cause confusion. “Simply teaching people about the existence of different types of ‘true’ smiles can help people pay more attention and avoid some of those misunderstandings.”