Some brains are blind to moving objects 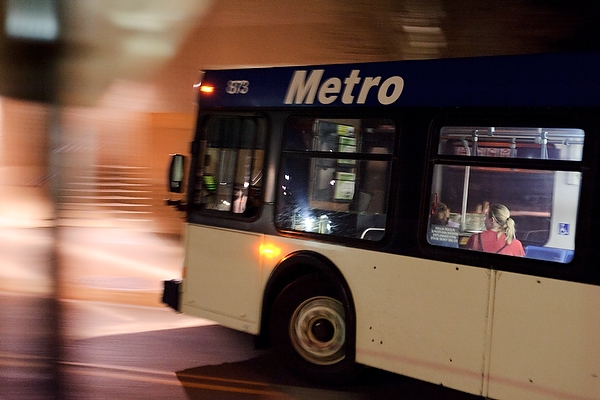 Distinguishing relationships between changing images is an important part of discerning the direction in which a thrown ball or flying bird or speeding bus is headed. Photo: Jeff Miller

As many as half of people are blind to motion in some part of their field of vision, but the deficit doesn’t have anything to do with the eyes.

In a study published Sept. 28 in the journal Psychological Science, University of Wisconsin–Madison psychology Professor Bas Rokers and collaborators in the Netherlands have shown that motion blindness is a failure of the brain to properly interpret sensory information — a type of deficit called agnosia.

The best-known example of an agnosia is probably face blindness, called prosopagnosia, in which people can’t tell one face from another (and thus can’t tell people apart without other clues).

“It’s not that they can’t tell something is a face. They can look right at it and tell you where the nose and the mouth are,” says Rokers, who studies the brain’s role in vision. “They just can’t integrate that information to figure out identity, because identity depends on the relationship between those elements.” 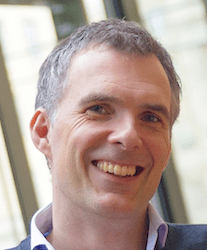 Distinguishing relationships between changing images is also an important part of discerning the direction in which a thrown ball or flying bird or speeding bus is headed.

The brain uses a handful of visual cues to make sense of the world in three dimensions. Some of them don’t require two working eyes — or a lot of explanation.

“If something close to you comes even closer to you, it looks bigger,” says Rokers. “Or you can move your head a bit — like a cat does before it jumps toward something — back and forth to get more than one vantage point.”

Or your brain can make use of your binocular vision, comparing the changing images delivered simultaneously from the slightly different vantage point of each eye.

According to the new study, motion blindness is a failure of the brain to make use of two kinds of binocular cues — called changing disparity and inter-ocular velocity differences.

“You can use that change in position to tell the direction the object must have moved,” Rokers says. “Inter-ocular velocity difference works the same way, but compares the speed of the object as it moves across each retina. They will be different, and that’s enough for the brain to judge motion.”

The ability of study subjects to make use of the motion-judging cues was tested by fitting them with headsets and colored glasses that allowed the researchers to show each eye a different video.

The two cues are similar, but handled by different parts of the brain’s visual system.

The ability of study subjects to make use of the motion-judging cues was tested by fitting them with headsets and colored glasses that allowed the researchers to show each eye a different video.

The equipment also allowed the scientist to isolate the workings of one group of detectors from the other, and force their subjects to identify the direction of movement of objects — toward or away at several different angles — in the videos using just one cue at a time. They were not particularly good at it. More than half struggled with the tests.

“We were surprised when we saw how many people had trouble correctly detecting motion, and put people through thousands of trials,” says Rokers, who worked on the study with Martijn Barendregt and Serge Dumoulin of Utrecht University.

“We were surprised when we saw how many people had trouble correctly detecting motion, and put people through thousands of trials.”

But the issues are typically limited to just a portion of the visual field, allowing even the afflicted to compensate so as not to be caught by surprise by the speeding buses of the world. People with agnosia for motion probably aren’t conscious of it.

“But they’re implicitly aware of how good they are at using the cues,” Rokers says. “People combine them according to their own judged reliability. If they’re very good at using one cue, they will incorporate that information more.”

There is no physical problem with their eyes at all, according to Rokers.

“There’s no way to predict before they are tested whether they have an agnosia for motion,” he says. “It is an issue with the wiring in their brains.”

Just what is happening in the wiring is what Rokers will examine next. Is it visible there? That may help vision researchers understand how to identify and treat problems like amblyopia (or “lazy eye”) and the damage done by a stroke.

“Here is a situation where a lot of people, just by natural causes, have a deficit that has a basis in the cortex of the brain. We can use this as a model to see what kind of training regimes are most effective for remediating a deficit,” Rokers says. “And you can apply what you learn to people who have traumatic brain injury, for example.”