For farmers struggling against economic forces and doing everything they can to keep afloat, grassland biodiversity may be the last thing they want to worry about.

But expanding crops into grasslands to increase production could further jeopardize their operations’ profitability due to diminished yields, according to University of Wisconsin–Madison researchers. And these areas, while generally not well suited for growing crops, are important to the native biodiversity of the Midwest.

“Croplands are continuing to expand into grasslands and other natural areas at high rates — over a million acres per year are being converted,” says Tyler Lark, an assistant scientist in UW–Madison’s Center for Sustainability and the Global Environment in the Nelson Institute for Environmental Studies.

The same field, after conversion to cropland. Photos by Rick Bohn.

In 2015, Lark and his collaborators in the lab of geography and environmental studies Professor Holly Gibbs published their first land-use analysis on cropland expansion, which found 7.3 million acres of primarily grasslands converted to farmland between 2008 and 2012.

In a new study, published last month in the journal Nature Communications, the researchers show that newly added croplands generated, on average, 10 percent less yield than existing cropland. By adding maps of habitat quality to the crop expansion analyses, they also found the cropland-converted grasslands to be areas extremely important to wildlife. 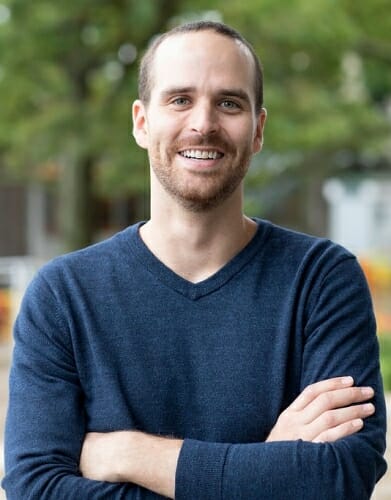 “Even though these lands may not be prime for agricultural use, they’re really some of the most important and valuable wildlife habitat that exists in the U.S.,” Lark says. “We’re losing millions of milkweed plants each year due to cropland expansion, which puts land use change on the same order of magnitude as some of the other pre-eminent threats to monarchs.”

Lark and his team used satellite data from the U.S. Department of Agriculture and the U.S. Geological Survey tracking the usage of basically every field in the country. They cross-referenced that data with crop yield maps and ones indicating wildlife habitat quality and used algorithms to determine which areas experienced significant change over the time period — hotspots, as Lark called them. Often, these hotspots were ecologically important grasslands.

Lark says farmers want to manage their lands in the most effective way possible, which goes hand in hand with conserving the environment. But they’re often constrained by economics, so when government agencies cut funding from programs that support conservation, like USDA’s Conservation Reserve Program, farmers sometimes have to use these low-quality lands in order to sustain their business.

“Farmers are often the best stewards of land,” Lark says. “But in an earlier farm bill, there was a large reduction to the overall support for land conservation programs, and a lot of that marginal land came back into production.”

One way to protect these ecosystems is to reform federal subsidies — such as crop insurance — in a way that doesn’t pit production against conservation, a message Lark has delivered to policymakers and governmental stakeholders in Washington, D.C.

“North America’s grasslands are a threatened ecosystem that needs greater attention and greater protection,” Lark says. “Everyone has been eager for the data and eager to work together making positive change towards solutions, such as policies that support both farmers and the environment.”

“Even though these lands may not be prime for agricultural use, they’re really some of the most important and valuable wildlife habitat that exists in the U.S.,” Lark says.

For those in the public interested in supporting grasslands, Lark says the best things to do are get outside and appreciate those environments on hikes or nature walks, choose grassland-based products like honey or pasture-raised dairy, and push for more governmental support for conservation.

According to Gibbs, you don’t need to manage cropland to help.

“We can all make change right in our own front and back yards by adding wildlife habitat to our lawns,” Gibbs says. “Gardening for wildlife can help save pollinators like bees that we all depend on for food production”.

Overall, Lark says the study indicates a need to support producers and invest in conservation-minded policy.

“Ultimately, we need to protect and conserve our natural ecosystems and better support our agricultural producers,” Lark says. “(This study) points us towards finding solutions to these challenges facing our agricultural systems, and emphasizes the importance of reducing grassland conversion.”