Alexander disease is a progressive and rare neurological disorder with no cure or standard course of treatment. But a new study led by researchers at the University of Wisconsin–Madison involving a rat model of the disease offers a potential treatment for the typically fatal condition.

It’s a significant step in efforts to help people with the disease, says UW–Madison Waisman Center senior scientist Tracy Hagemann, who led the study alongside Albee Messing, professor emeritus of comparative biosciences and founder of the Alexander Disease Lab. With University of Alabama at Birmingham colleague Michael Brenner, Messing discovered the gene responsible for Alexander disease more than 20 years ago.

People born with Alexander disease may develop an enlarged brain and head, experience seizures or delayed development, have stiffness in their arms and legs, and have intellectual disabilities. The disease, which involves destruction of the white matter of the brain, is often not diagnosed until symptoms are pronounced, says Hagemann. 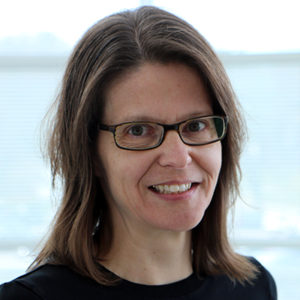 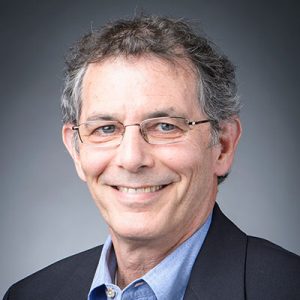 However, working with Ionis Pharmaceuticals, the researchers developed a treatment that consists of small pieces of DNA called antisense oligonucleotides, which in their rat model was able to target mRNA in cells and tag the mRNA for destruction, effectively halting it from creating proteins.

One feature of Alexander disease is the formation of abnormal protein aggregates called Rosenthal fibers, caused by mutations in the gene that makes a protein called GFAP. The connection between this abnormal GFAP and the white matter destruction seen in Alexander disease is not yet clear, but changes in the protein are an intrinsic part of the disease in almost all cases.

Studies with a mouse model developed by Hagemann, Messing and their collaborators, and published three years ago, showed that antisense oligonucleotides were able to reduce GFAP and clear Rosenthal fibers. However, mice display only subtle symptoms of Alexander disease and researchers can’t measure important improvements in behavior or quality of life that may result from treatment.

The research team was able to develop a rat model that better represents the white matter damage and physical manifestations seen in humans. The model also provides better opportunities to assess symptom improvement in response to antisense oligonucleotide treatment.

A hallmark of Alexander disease is the buildup of abnormal proteins called Rosenthal fibers, pictured here (red) in brain tissue from a study of a rat model of the disease. The study identified a potential treatment and helped provide early data for a human clinical trial now underway. Tracy Hagemann et al.

“Alexander disease is considered a leukodystrophy, where white matter deficits develop, and we don’t see evidence of that or motor impairment in the mouse model,” says Hagemann. “So, for a preclinical model, the rats are much improved compared to the mice.”

The rats treated with antisense oligonucleotides before they developed major physical symptoms stayed virtually indistinguishable from their healthy littermates. When treatment began after the rats were severely impaired, their symptoms not only drastically improved; they also experienced a reversal in some of the damage to their white matter.

The antisense oligonucleotides, she explains, “clear out the GFAP aggregates (or Rosenthal fibers), and not only can we prevent the disease from happening by treating animals at an early stage before they’re really showing significant clinical signs, we can treat them when they’re at their worst and see reversal of some of the disease phenotypes.”

In people, Hagemann says, “we’ll be happy if we can stop the disease from progressing. But if you can actually see some reversal of symptoms that have already occurred, that would be wonderful.”

In addition to creating a foundation for clinical trials, the rat model has also paved the way to study aspects of the disease that are not yet understood, Hagemann notes, including the first opportunity to study the link between the GFAP mutations and white matter deficits in mammals.

These developments have been possible because of Messing’s extensive work on Alexander disease over the last 25 years, as well as the contributions of colleagues around the world, Hagemann adds. Messing’s “dedication and commitment to Alexander disease research has deepened our understanding of the disorder immensely.”