Our gut microbiome helps us out every day by processing the fiber we can’t digest. The bacteria ferment the fiber into key chemicals known as short-chain fatty acids, or SCFAs, that are essential for human health. SCFAs fight inflammation, help kill dangerous bacteria, protect the lining of the gut, and can even help prevent cancer.

In a new study, the John Denu lab at the University of Wisconsin–Madison’s Wisconsin Institute for Discovery has learned that the fatty acids butyrate and propionate also activate p300, a crucial human enzyme that promotes the unspooling of DNA. This unwound DNA allows more genes to become active and expressed, which ultimately affects human health.

Previous research had suggested that SCFAs might instead contribute to this process by inhibiting a different set of enzymes. 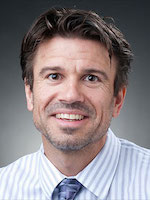 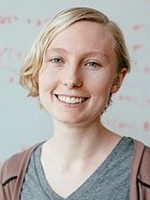 This new understanding opens the possibility of activating p300 in a diet-dependent way or even independently of the microbiome. Knowing how to target p300 is vital because it is implicated in a wide variety of physiological processes and diseases, such as propionic acidemia, autism spectrum disorder, and Alzheimer’s disease.

“Knowing that butyrate and propionate directly interact with this protein opens up a lot of new areas of research that we didn’t even think to look at before, because we thought that it was happening the opposite way than it actually is,” says Sydney Thomas, a Denu lab graduate student and co-author on the paper.

Thomas and Denu, a professor of biomolecular chemistry, published their findings Oct. 22 in the journal eLife.

Earlier work in mice had shown that SCFAs are a crucial link between the microbiome and epigenetic states — the modifications to DNA that affect how active any given gene is. These epigenetic modifications allow different cells to use the same DNA instructions to perform different tasks and can affect health.

One key mechanism of control that cells use is to organize the DNA so only certain parts of it can be accessed for the work at hand. To do this, cells wrap DNA around histone proteins, which act like spools for the DNA thread. Modifying histones changes the accessibility of the DNA wrapped around them, and ultimately changes which part of DNA a cell uses.

“Science is most thrilling when you discover something unexpected and when the results challenge long-held beliefs. This work checks both those boxes.”

Adding propionate or butyrate to the cells led to rapid changes in the cells’ histones. When they looked at how the compounds accomplished these changes, the team discovered that the fatty acids released the brakes on p300, which went on to modify histones in a way that opened up DNA to be used by the cell.

These findings largely replicated the results from the prior mouse work, indicating that the cells were an effective — and simpler — system to test how SCFAs alter the epigenome of the host.

For decades, textbook dogma held that butyrate and propionate altered chromatin by inhibiting the enzyme histone deacetylase. But the new findings — that the fatty acids instead work by activating p300 — call this old model into question.

“Science is most thrilling when you discover something unexpected and when the results challenge long-held beliefs. This work checks both those boxes,” adds Denu.

The research was funded by the National Institutes of Health.