At the Steenbock Symposium on June 7 and 8, 2022, the University of Wisconsin–Madison Department of Biochemistry opened its doors in celebration of two new research centers that bring to campus advanced biomolecular imaging technology called cryo-electron microscopy.

The technology allows scientists to capture detailed information about the smallest components of living cells to understand everything from more effective drug development to how viruses infect cells. It relies on ultra-cold temperatures during biomolecular specimen preservation and imaging and requires the right combination of expertise and highly specialized equipment.

The UW–Madison Cryo-Electron Microscopy Research Center and the NIH-sponsored Midwest Center for Cryo-Electron Tomography represent a continuation of UW–Madison’s long history of contributions to structural biology. The event featured tours of the centers and scientific talks and posters about cryo-EM.

Both centers provide instrumentation, training, technical assistance and support to UW–Madison researchers, as well as access to cryo-EM. The centers are also open to other universities and to private industry. 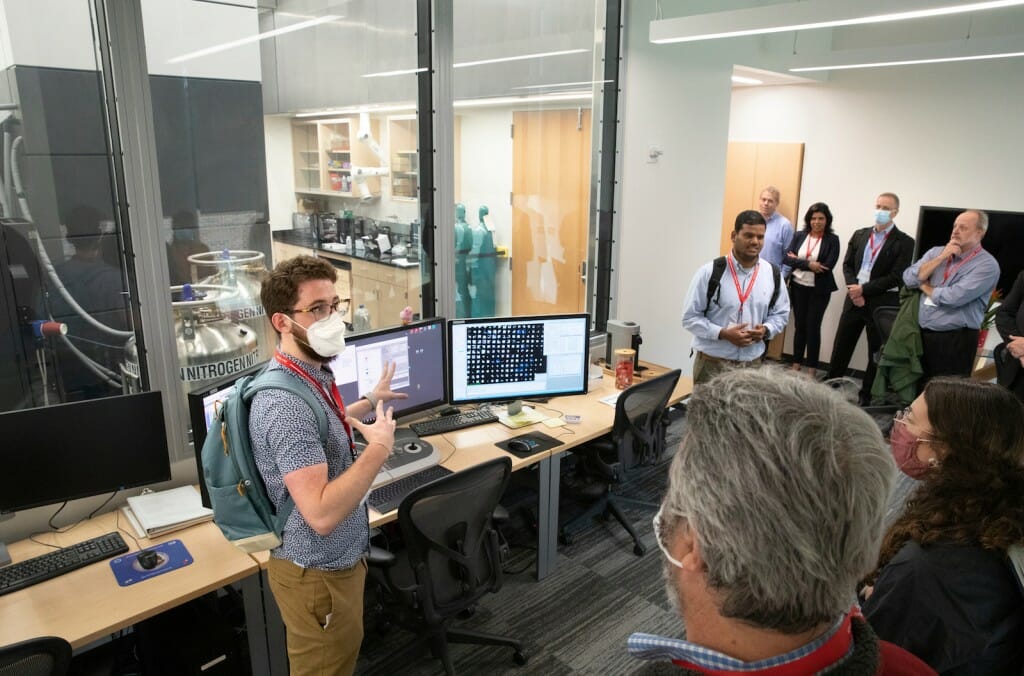 1 Thomas Anderson, a cellular and molecular biology graduate student working in the lab of biochemistry professor Robert Kirchdoerfer, and Anil Kumar, a research specialist in the cryo-EM centers, explain the inner workings of the Titan Krios cryo-electron microscope to their tour group at the Cryo-Electron Microscopy Research Center. Photo by Michael P. King/UW-Madison CALS 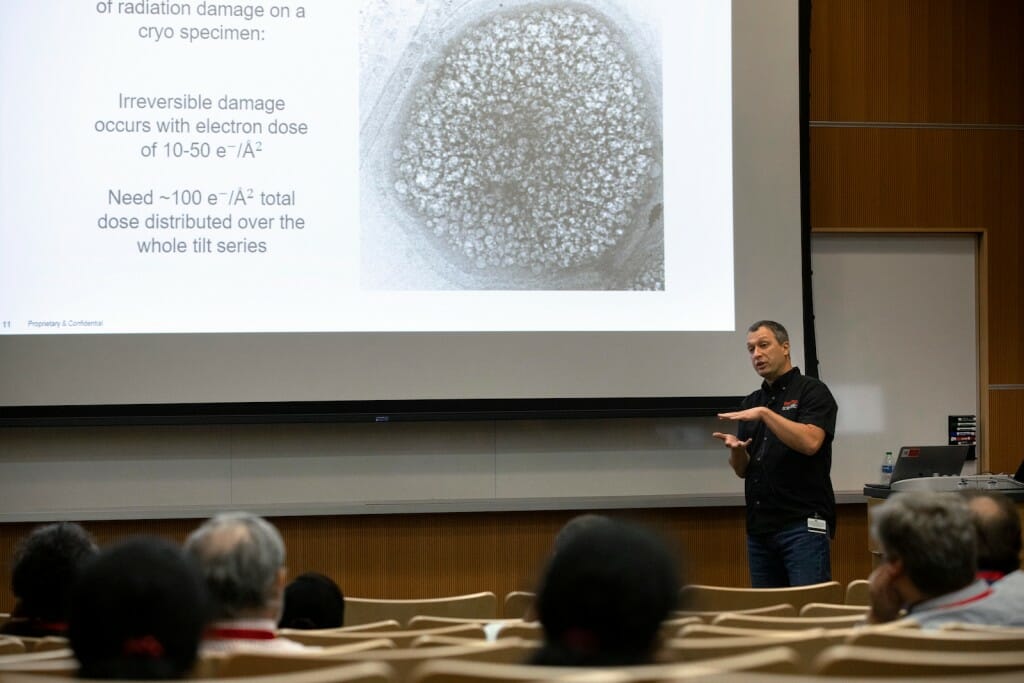 2 Industry and campus partnerships are critical to the centers' construction and operation. Zoltan Metlagel, a senior applications engineer at ThermoFisher Scientific, shared his knowledge about tomographic imaging alongside Parrell during one of five interactive workshops held during the open house. Photo by Michael P. King/UW-Madison CALS 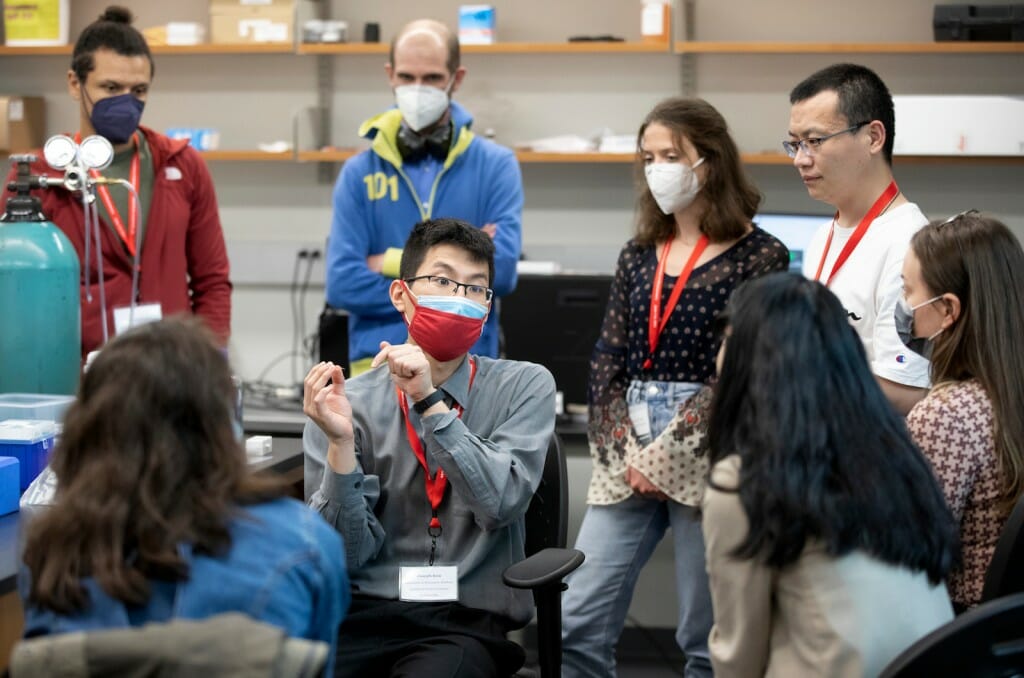 3 Joseph Kim, a graduate student in the chemistry department, leads scientists through one of five interactive workshops held during the open house. Dedicated on-site training by center users and staff is available to scientists across campus and beyond. Photo by Michael P. King/UW-Madison CALS 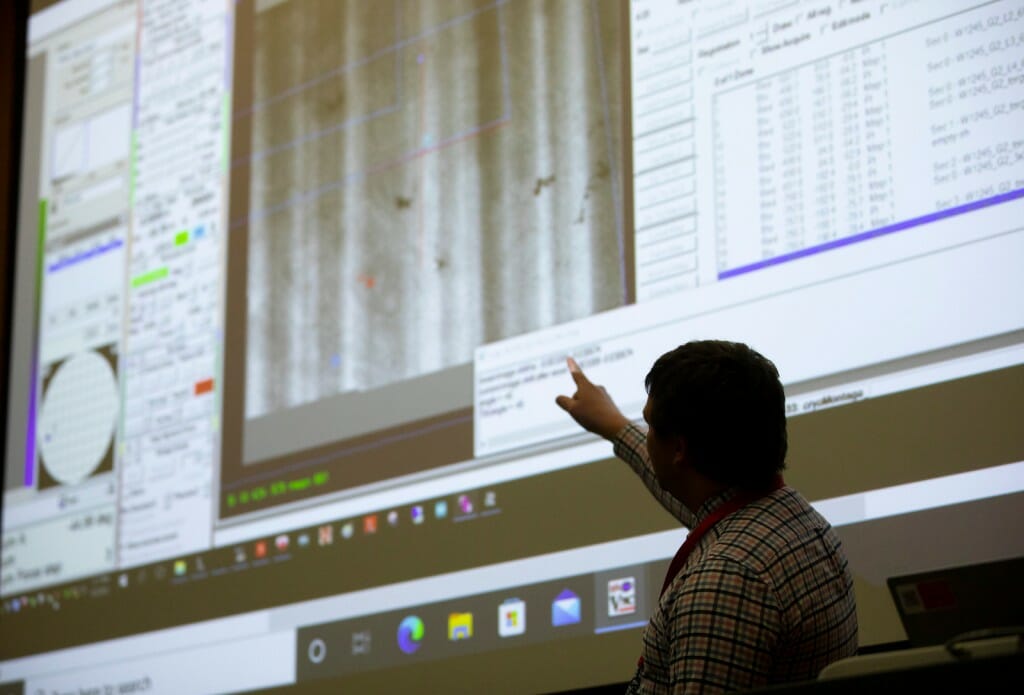 4 Postdoctoral researcher Daniel Parrell explains how to use cryo-electron tomography data to produce an image known as a 3D tomogram. The montage shows biological structures in a thin layer of human cells and was collected using remote access capabilities and a focused ion beam. Remote training and operation of equipment are both features of the new centers. Photo by Michael P. King/UW-Madison CALS 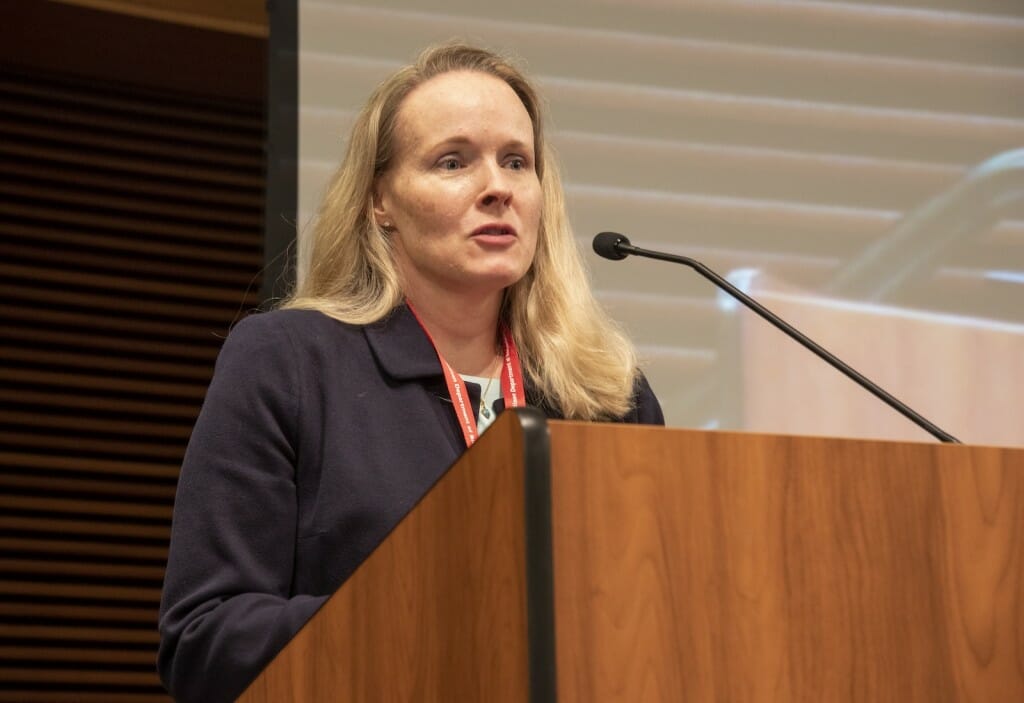 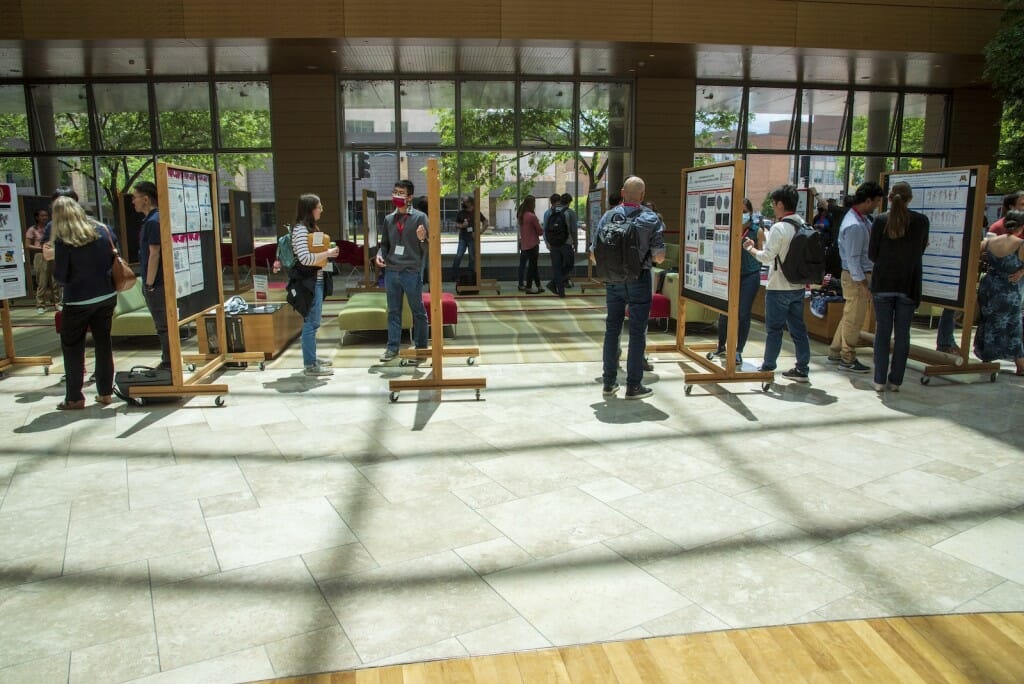 6 Open house attendees learned what can be achieved with cryo-EM during scientific talks and poster sessions held in the Discovery Building. Approximately 200 people attended the open house in-person, while another 200 viewed talks and workshops online. Photo by Robin Davies